just a WORTHLESS BUM alone on a pile of bricks.

After not hearing from him in months, my blood brother randomly called me today. We talked for like an hour straight, it really caught me by surprise though cus we did not get along well in our teen years at all. In fact he was pretty downright awful to the whole family, but especially me in particular, which had a pretty big impact on my self esteem among other things. The day after he turned 18 he moved out to live with his friend's family cus he really just couldn't stand us despite my parent's best efforts to keep him happy. But I guess the real world has put things into perspective for him, cus near the end of the call he actually apologized for the way he treated me back in the day, like a serious apology, and really stressed that he hoped he hadn't affected me too much in the long run. Which was really nice to hear, I don't hold too big of a grudge against him but still it felt like a weight had sort of been lifted off my shoulders.
Somewhat related tangent, my brother has been aggressively homophobic for years, and I mean incredibly strong about it. To the point where I've had lots of people tell me "he's probably gay/bi in denial" and I've always gotten a laugh out of that cus it's pretty unimaginable if you know him, but whatddya know, today he happened to mention that he believes "everyone is somewhat bisexual" and i'm just like

damn those mfs were right!
Funny story he told me tho, back in high school his best friend and him would roughhouse and goof off physically, sit next to each other on the bus, etc, and cus that's i guess not typical for guys a lot of people thought they were a couple. to the point where this friend was telling him stuff like "we can't be sitting by each other all the time, we have to stop goofing off like that" and while my brother was surprisingly unbothered by what others thought of them this friend was hyperfixated on not wanting to seem gay under any circumstances. well my bro got a random text from him the other day after not talking in months, probably years, saying 1) "i had a dream and you died in it" and 2) that he's trans now and has moved across the country to be with her furry boyfriend. My my, how the turn tables...

well, after all this time, covid finally got me

Sheep after eating grass in the snow. 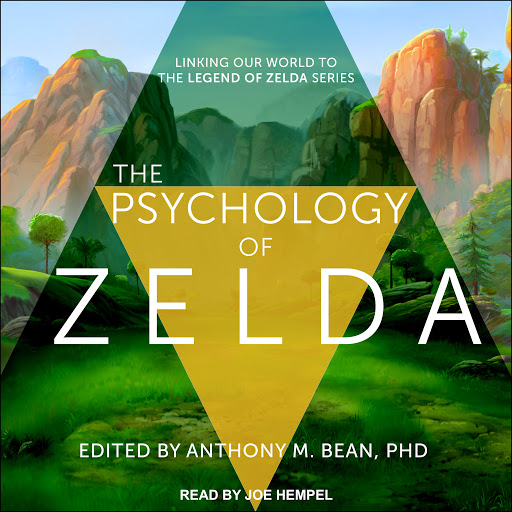 The Psychology of Zelda: Linking Our World to the Legend of Zelda Series by Anthony M. Bean, PhD – Audiobooks on Google Play

The Psychology of Zelda: Linking Our World to the Legend of Zelda Series audiobook written by Anthony M. Bean, PhD. Narrated by Joe Hempel. Get instant access to all your favourite books. No monthly commitment. Listen online or offline with Android, iOS, web, Chromecast and Google Assistant. Try...

I stumbled upon this

idk who needs to hear this, but

So I finished all my 3D embroidery projects. I'm proud at myself because not everything was that easy to make but I managed it

Half the christmas presents I ordered for myself arrived today. Got a bit self-indulgent and bought a couple LEGO Star Wars sets. It's been so many years since I've had phsyical LEGOs. I think itll be fun.

Today I’m supposed to teach at my church - in regards to the new technology that we have gotten installed. However, my sister has a concert and we’re not sure if I will be able to make it. I was so excited to attend, too, because I get to see some of my very good friends.

Berserk 1997 was supposed to be on Netflix today. It's not there. I looked into it, apparently it did launch today, but only in certain regions. America isn't one of them for some reason. Announcements really should make it more clear on what regions will get shows on the release date, otherwise the impression is it'll be available almost everywhere.

just a WORTHLESS BUM alone on a pile of bricks.

it's the 3 year anniversary of Karen showing up in my doorstep, and I want her back mαrkαsscoρ said:
it's the 3 year anniversary of Karen showing up in my doorstep, and I want her back

you want her back? where is she

LegendOfMeesh said:
you want her back? where is she

my mom gave her away b/c she didn't want to pay for stuff, I didn't have another job until a couple months after

I'm taking the second highest (N2) level of the official Japanese Language Proficiency Test for the first time on Sunday after I passed the N3 level easily back in the middle of the year. This time around I haven't really done any preparation as I want to get a good idea of my natural level rather than my cramming short-term memory. Plus I don't need to pass it for anything in particular, so I can always try again next year if I am unhappy with the result.

Damn! It's very cold today! My hands were freezing but hey, it's dec after all