Hey guys. This thread is made specifically for, well, as the title states, theories. Thoughts and ideas can be added as well.

Here are my thoughts.

For character designs, this is what I think will be added:

Skyward Sword Link: If Nintendo follows what they have done in the past, then most likely will use Skyward Sword Link's design. I mean, look at Melee and Brawl! In melee, Wind Waker hadn't come out, so they used the most recent game for a console that had both Links, Ocarina of Time. With Brawl, Twilight Princess had come out already, so they ported that design in. That goes for Zelda as well.
Shiek: I have no idea, but I am guessing they will use Skyward Sword's Zelda art style and add that in to Shiek's design.

Mario and other Mario Characters: It's pretty obvious, they will most likely use the same basic design but add some tweaks to it, make them a bit more realistic.

As for the rest of the characters, the same rule as used with Mario will most likely Apply.

Ghirahim: He was a major villain in Skyward Sword, not to mention his fighting style is PERFECT for Smash Bros.
Here's a few idea's for what move's he will have:
B: Crystal Shard Scatter- Ghirahim snaps his fingers and scatters shards in a particular direction.
B

Dash- Dashes and swipes his sword, like the attacks sued in his first boss battle.
B\/: Add an extra weapon- just a temporary thing, he will summon another weapon, but this weapon will eventually fade or wear off.
B/\: Teleport- Teleports Ghirahim directly behind another character
Final Smash: Transform into Final Form- Similar to Sonic's Super Sonic and Wario's Wario Man, he will transform temporarily and be extremely powerful. he will also have a different weapon.

Magnus: Why not? A total badass dude, who's strong and wields a giant sword like Cloud? Not to mention they need to add more Kid Icarus characters.
Move ideas:
I have absolutely NO idea. Give me your ideas

Demise: This is an obvious answer. I wouldn't be surprised if they didn't include Ganondorf if Smash Bros. Wii U. He was the last final boss, and he would be a great addition. Also, Ganondorf hasn't been seen in a while, so I wouldn't be shocked if they scrapped him.
Moveset:
B: Electric Strike- Raises his sword skyward, and quickly recieves an electric charge. Then the character can either shoot it at someone or slash away. Similar to Lucario and Samus's charges.
B

Ram- The same thing as ghirahim's, but much stronger.
BV /\: I have no idea what to do for these two. You tell me

Final Smash: The Imprisioned- I know the Imprisoned is weaker, but it is GINORMOUS. It would be like Giga Bowser.

Waluigi: I mean come on!!!! Mario has Luigi, Donky Kong has Diddy Kong, why can't Wario have Waluigi?

Shadow: I know some people want Tails, but Tails isn't Much of a fighter. Shadow is going to be great!!! I would have his Final Smash be Chaos Control, but Super Shadow sounds nice too.. You tell me what you'd like!

Knuckles: Instead of Tails, what about a big, stronger dude with HORNS coming out of his FIST. Come on now!

Now, give me your ideas! I'd love to see what the members of Zelda Dungeon think!

Pacman and Megaman! Dont forget Zero too! Pacman's final smash would be the pacman stage would.appear and he would chase everyone!
Last edited: Mar 6, 2012

Darn it! I knew i forgot someone! Megaman would be great, but pacman would make me laugh so hard. He would like eat everyone for a final smash xD

As long as Capcom didn't force Nintendo to use the bad box art Mega Man like they're using in Street Fighter X Tekken, he would be a great addition. Also, I would think that it would be called Super Smash Bros: Rumble.

Seeing as how we already have another thread for characters, I'm just going to do a copy and paste job from there.

A_LINK_IN_TIME said:
Megaman: Arguably Capcom's most important franchise and a cornerstone in gaming history. You can expect to see this guy.
Waluigi: Wario needs his counterpart too!
Bowser Jr.: DK got Diddy Kong so let Bowser get Bowser Jr.
Tails: Sonic's sidekick to the rescue!

For sure, Magnus from Kid Icarus: Uprising will be in Super Smash Bros. 4. That game is being developed by Masa Sakurai as well after all. 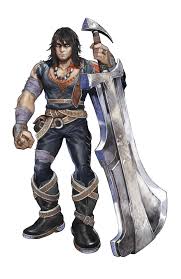 I would also love to see Jiro from Dillon's Rolling Western. Nintendo can finally have a true Sonic competitor. 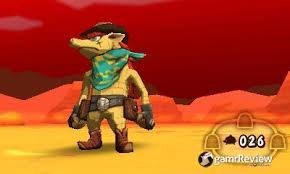 Simon from Castlevania would be pretty cool.

Yeah i guess, but the problem with Simon is that he's from Konami. Sure we got snake from Konami, but getting another series from Konami might be difficult.

We've had stages based off of Zebes, Norfair, and Brinstar before, now it's time to give players a chance to duke it out in Mother Brain's own home lair.

Brawl had the right idea to add a stage based on Mario Kart, however, the culminating stage of each one would be a better choice.

Any Galaxy from the Super Mario Galaxy Games

I honestly cannot think of anything specific right now, however, seeing as how players were stuck with the old Delfino Plaza in Brawl, it's time to upgrade for the future.

How awesome would it be to fight this creature as portrayed in Metroid: Other M?! 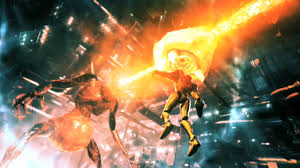 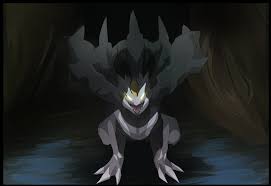 Nice ideas ALIT! Dude but I would add Black and White Kyurem, seeing that Black and White is going to be released before the game's release.
As for the super mario galaxy stage, that would be awesome, but what if it was like wario ware or F-Zero's stage, and it would send you to different galaxies. That would be great! Like a giant Launch Star appearing above the stage and launching everyone out, and then you could fight while flying!
Rainbow Road sounds nice, but how would it work? Would the stage be stationary or mobile?

TheMasterSword said:
Nice ideas ALIT! Dude but I would add Black and White Kyurem, seeing that Black and White is going to be released before the game's release.
As for the super mario galaxy stage, that would be awesome, but what if it was like wario ware or F-Zero's stage, and it would send you to different galaxies. That would be great! Like a giant Launch Star appearing above the stage and launching everyone out, and then you could fight while flying!
Rainbow Road sounds nice, but how would it work? Would the stage be stationary or mobile?
Click to expand...

I suppose you're right about Kyurem. A double boss battle of sorts.

And yes, the launch star idea is very interesting, TMS. Nice one! :yes:

As for Rainbow Road, I could imagine the stage vibrating a bit with racers passing by every so often.

Ah, I can see Rainbow Road like that.
I just hope they have a good adventure mode, because the Sub Space Emissary was pretty sweet! imagine all those cutscenes in HD!

TMS said:
I just hope they have a good adventure mode, because the Sub Space Emissary was pretty sweet! imagine all those cutscenes in HD!
Click to expand...

Certainly a step above adventure Mode in Melee but the Subspace emissary nevertheless felt loose and disjointed. Nintendo needs to rethink its approach to the adventure mode in SSB 4.

Characters:
One character I could easily see appearing in this game is Zoroark. It would replace Lucario to keep updated with the latest Pokemon gen. Bowser Jr also wouldn't be surprising. As for Zelda characters, I have a feeling they will stay with Ganondorf. I'm sure whenever one thinks of bad guys in the Zelda series, Ganondorf is the first one to come to mind. Despite that though, I'd love to see Ghirahim in there, he could have a well suited moveset for a game like this.

Stages:
A Galaxy based stage would be cool to see, especially with gravity. Some areas I see that could be a possibility would be Good Egg from Galaxy 1 or even Starship Mario in Galaxy 2.

I also would like to see an expansion of the Adventure mode.
As for the name, I actually really like the name Smash Bros Universe. I wonder though if the name will be the same for the WiiU and 3DS one, or slightly different.
L

Dawn of a New Day

Characters I would like see in the next Smash Bros game…..


Mario series: Paper Mario
Final Smash: Maybe the Giant Fan that will appear in the next installment….sends all opponents flying away.
Majora Alternate Costumes: L Emblem and W Emblem…..or the combination of the two.

The Legend of Zelda Series: Demise
Final Smash: Lightning Strike (Sword gets electrified and attacks do major damage) or The Imprisoned
Alternate Costumes: No clue really….maybe different colorations of his scales….something.

Naruto Series: Hidan
Final Smash: Curse Jutsu- Death Controlling Possessed Blood (Similar to Ike’s, gotta be in close radius to strike an opposing player. Hidan will then stab himself, harming that opponent, and then before they get a chance to collapse , he slashes them and sends ‘em flying.)
Major Alternate Costumes: Jashin Ritual Mode

Megaman series: Megaman
Final Smash: Some giant off the charts laser….similar to the Zero Laser.
Alternate Costumes: The many different incarnation of Megaman that have been made over the years.

I could likely come up with more, but that’s all I’m gonna put up.
Last edited: Mar 4, 2012
You must log in or register to reply here.