Luke's Wife said:
me, with my aggressively straight guy friend:
"would you suck dick for 10k"
"absolutely not"
"that's your tuition paid for"
"don't care"
"would you suck dick for....100k"
"still no"
"you are so hetero i cannot BELIEVE this...1 million"
"nope"
"WHY DON'T YOU LOVE YOUR FAMILY OR CARE ABOUT YOUR FUTURE like i don't even like dudes and i'd do it for 100$ do you know how many chicken nuggets i could get"
"too many"
Click to expand... 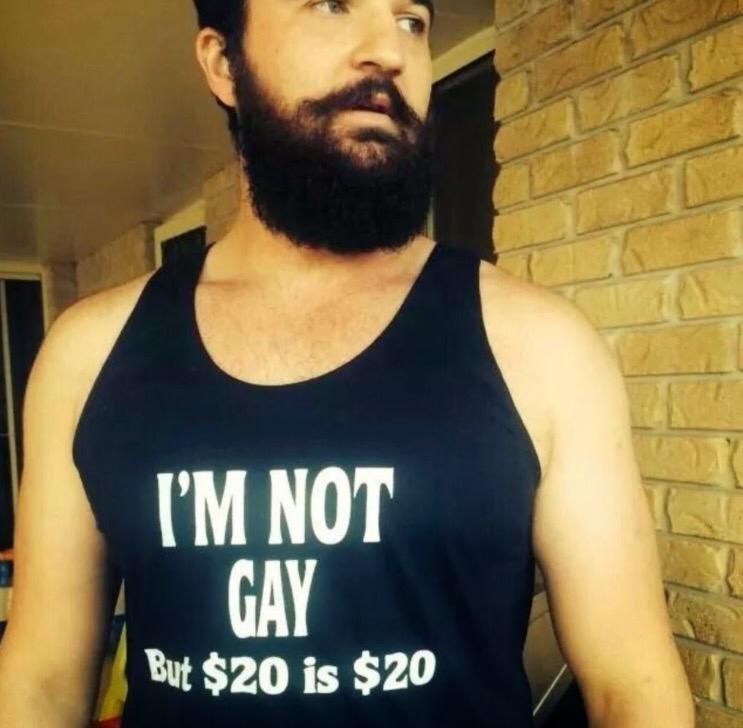 I wonder if anyone had the heart to tell him "There is one inside of you right now!!!!!"

Ari said:
"This game would be so much better if Link actually talked."
-My dad
Click to expand...

Luke's Wife said:
me, with my aggressively straight guy friend:
"would you suck dick for 10k"
"absolutely not"
"that's your tuition paid for"
"don't care"
"would you suck dick for....100k"
"still no"
"you are so hetero i cannot BELIEVE this...1 million"
"nope"
"WHY DON'T YOU LOVE YOUR FAMILY OR CARE ABOUT YOUR FUTURE like i don't even like dudes and i'd do it for 100$ do you know how many chicken nuggets i could get"
"too many"
Click to expand...

While going through Water Temple on OoT, "Why can't you use Din's Fire underwater?"

Health Teacher: If you don't eat healthy, your body will start eating itself.
My classmate: I must be delicious.
F

Ok, so let me establish a little context for you. My gerbil human, Almond, is an attention whore. He typically hops in his cage on a nightly basis as a means to tell us that he wants out. But, sometimes he's really selective about who he wants picking him up. So, he'll ignore everyone else. My sister's been away at college and he doesn't get to see her as much. And when she is home, he'll go totally nuts. Well, this weekend, my sister came home with her boyfran (he drove her home because she doesn't have a car on campus this year), and she was just chatting with her boyfran on the couch. My sister described the moment Almond heard her voice as:

"He immediately stood up in his bed... it was like the Tower of the Gods coming out the ocean... then he sat on his house staring me down--and I'm like 'Almond, no.'--and he just LEAPS off his house in my general direction."

I assure you this is his typical behavior. He tracks down who he wants to have hold them. But the Tower of the Gods thing killed me.

"Why is there a bald man made out of gum in your fan fic"
-my friend reading my fan fic on ZD, he's refering to this: uwu

On our way to Los Angeles my friend Taylor said the dumbest thing.

"Have you ever imagined jumping in front of a windmill and the blade then slices your head off."

I am the very model of a modern major-general

Location
Exactly where you would expect.

"Which world war was the Holocaust in?"
-some girl in my sophomore english class

"He's just a grain of salt in the vast beach of life."
-my mom talking about some stupid guy we know

"What kinda pancakes are you smoking?"
-Me

(in response to someone who asked why I wasn't on the in-school holocaust studies field trip but going to my regular classes instead)
"Well it's my birthday and like, honestly, I'm not gonna go watch a depressing movie for 2 hours in ****ty-ass chairs, eat this school's **** lunch with no friends for an hour, go back to the **** chairs and listen to some old guy talk about how his life sucked and how he was abused as a child and then have to go home and figure out what work I supposed to have done - all on my birthday."
-Me

I can't think of any others that me or anybody else said off the top of my head right now..

"My handwriting isn't messy, it's just too fancy to read very well."

I said this and my friend found it hilarious for some reason.

wtf did u say about me u little mcnuggit?

My friend Spencer:
"You're a children."

"My Pokemon is so darling! I found him in a lake next to the dumpster!"

me making fun of a trainer who said their grimer was darling
You must log in or register to reply here.