The Deeper Meaning Behind Link's Awakening: A Game Dealing with Social Awkwardness and Ways to Overcome It

I feel like I've probably talked about this one being on the backburner for months. I'm glad I finally got it finished up and posted. It does get a tad personal near the end. My freashmen year of Highschool was really nerve wracking because of my own fears that I let get the better of me, it's one of those moments that I'm kind of ashamed of myself for, that I let fear keep me down. What I ended up doing at the time was diving into games, and as a consequence, nearly killed my social life. The metaphorical message of Link's Awakening helped me so much at the time. Years later, talking about it is the best thing I can do - I'm better for snapping out of that funk for sure. I guarantee that being social improves quality of life!

27 years after the release of Link’s Awakening for the Game Boy, we’ve finally gotten a remake that has brought it back to the forefront of our social consciousness. Many of us have probably finished up the remake by now, so now is as good a time as any to look at the plot of the game in a new light, especially because its message is just as relevant today as it was many years ago.

A Peaceful Island With A Secret
Link’s Awakening takes place sometime after the events of A Link to the Past. According to the Game Boy Manual, Link set out after vanquishing Ganon to train and gain wisdom to be better prepared for future threats against Hyrule. However, his boat was caught in a storm that tore it apart. He washed ashore on a strange Island, thus beginning a new adventure for our Hero!

While walking along the coast, a local girl named Marin notices him unconscious on the shore and brings him to her father’s house. When Link wakes up, he confuses Marin for Princess Zelda; this is relevant for later in the game. Link soon discovers he is on an Island called Koholint, and after re-obtaining his shield and sword, is told by a strange owl that to return home he must awaken the slumbering Wind Fish. To do this, he needs to get the 8 Instruments of the Sirens, and play them near the egg atop Mt. Tameranch. 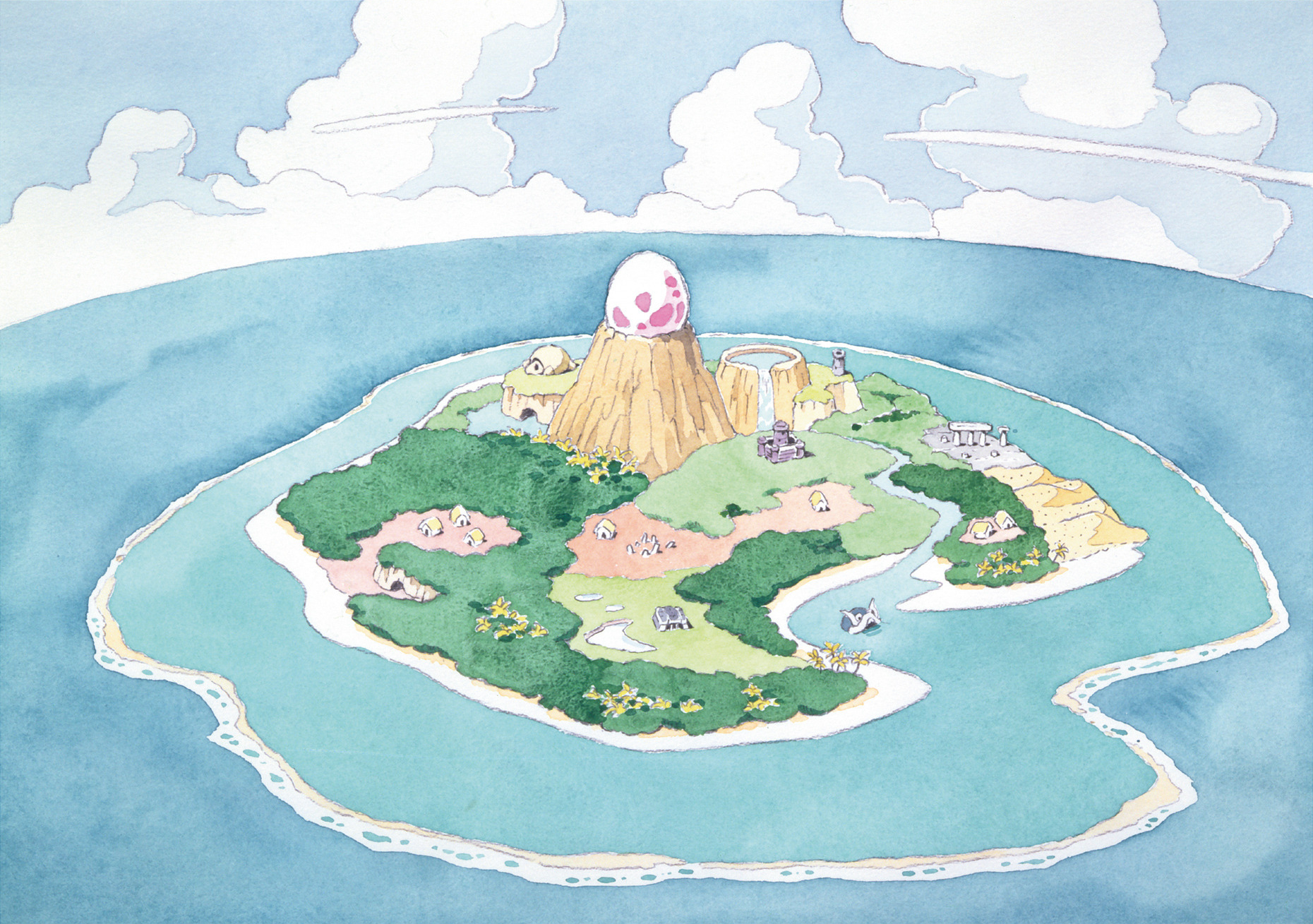 If you remain attentive throughout the game, you’ll notice some very odd dialogue. NPCs talk as if there are no other places in the world aside from Koholint Island, and don’t seem to have an understanding of the concept of time. The bosses at the end of dungeons plead for Link not to wake the Wind Fish, but they are evil, so how could their word have any validity? Suddenly, a simple task of waking a fish is raveled in some sort of mystery.

Meanwhile, the NPC that has the most character development is Marin; the game requires that Link interacts with her often. She teaches him the Ballad of the Wind Fish, on Toronbo Shore she confides to him about her interest in what exists beyond the ocean, and how she’d like to be a seagull to fly away. Overall, it’s implied that she definitely likes Link, and the feeling is mutual, but he fails to act on them (by extension, this means the Hero likes Zelda as well).

As the game progresses, Link eventually discovers Koholint’s secret: it isn’t real. The Island and its inhabitants are all part of the Wind Fish’s dream. Waking him will make the land and everyone on it vanish, it’s sad but necessary. Our Hero fulfills this task, ending the dream.

All Dreams Must End The message of Link’s Awakening is remarkable, and its interpretation is twofold. Like the Wind Fish says, “All dreams must come to an end.” One cannot live their life spending it dreaming. We all want life to be perfect, but the reality is it can be far from ideal sometimes. It’s gritty, tough, and sometimes it’s a struggle: that’s the first interpretation, things can’t be exemplary forever. Now, for some people that thought can be too much to bear, as a result, they’d rather avoid social interaction altogether; this second inference represents social awkwardness, and the steps to overcome it.

With the message of the game in mind, let’s dig into the symbolism, beginning with Marin. She is the first person Link meets on Koholint and represents the woman of his dreams; i.e. with no effort he earned her admiration and love. He could easily have companionship with her, but doing so would trap him inside a fantasy. Therefore, our Hero is conflicted, he must decide between staying rooted in reality, or remaining intoxicated with this perfect girl. When he learns that ending the dream destroys everyone on Koholint Island, he is now not only faced with duty versus desire, but a moral conflict too – if he awakens the Wind Fish, destroying that dream world, how can he justify it?

The Owl serves as a crucial character in the game, guiding Link in his travels. According to ancient beliefs, within dreams, owls were regarded as personifications of one’s inner intuition. It was the Owl that sent the Hero on a quest to awaken the Wind Fish to begin with, since the choice is supported by the feathered guide, it’s probably the right thing to do.

Choosing to accept that reality can’t be utopian is hard, using means to numb that truth isn’t facing the issue at hand. Like Link, you must choose to stop feeding the fantasy, and get back to making improvements in life.

As for the second interpretation through symbolism, Old Man Ulrira is worth mentioning because he struggles with social interaction. If Link tries to talk to Ulrira at his home, he will not respond, although he will talk if the Hero calls him via the phones scattered throughout the land.

The entirety of Koholint is symbolic of isolation too. The residents are completely sheltered, unaware there is anything beyond their ocean. The egg atop Mt. Tameranch takes this allusion a step further by being a portrayal of a reclusive entity. When a withdrawn person finally interacts with others, a common expression used is “breaking out of your shell.” However, to break out of the egg in Link’s Awakening, the Nightmares must be slain. They are the personifications of all fears and doubts prohibiting a healthy relationship with reality. It takes facing those anxieties for the fruits of reality to be seized. 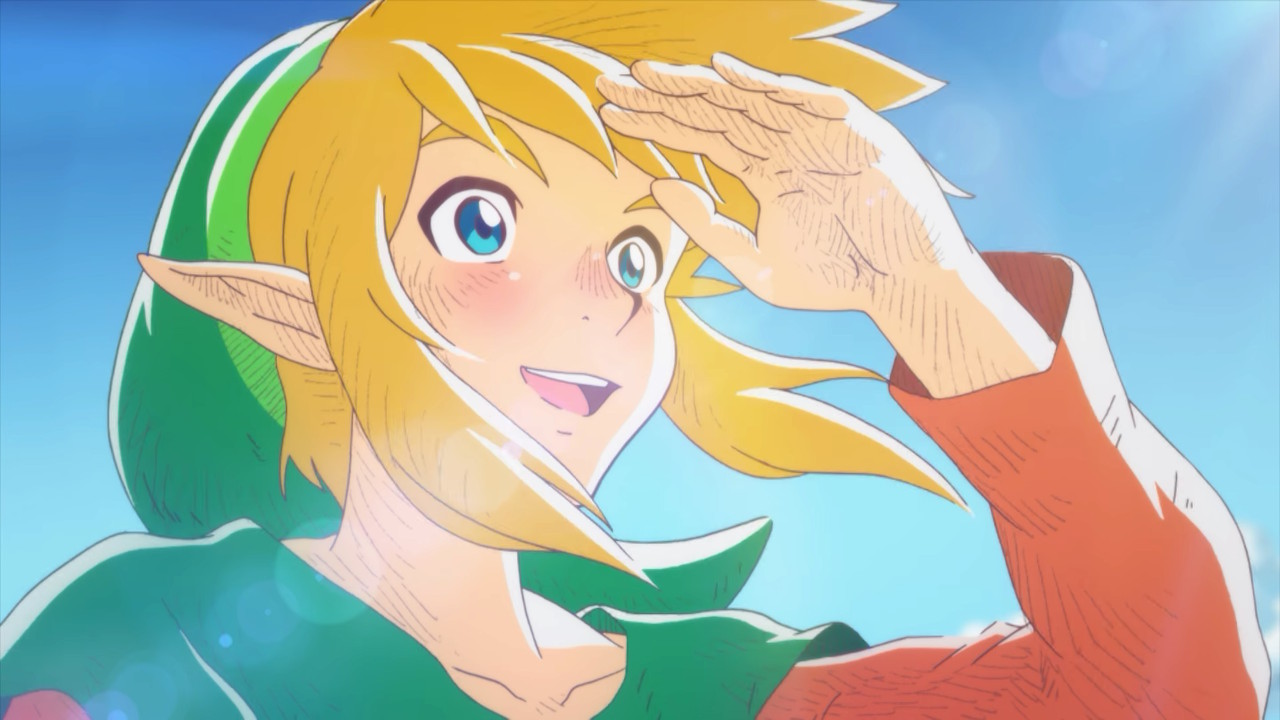 The message of Link’s Awakening is one I can’t recall any other video game tackling. One of my biggest distractions used to be video games. When I was a teenager, I went into a gaming binge that spanned a year, and it was detrimental to my social life. Eventually, I decided to replay Link’s Awakening; before I had only played it when I was young and couldn’t think about games critically. Once I finished the game and soaked in the message, I began questioning what I had been doing that whole year. Luckily, I patched up most relationships after some time. Looking back, it’s hard to believe a game – the very root of my issue – pulled me out of the worst gaming binge of my life. It was certainly better for me to put the games aside to get back in touch with reality, even if there were some stressful moments I’d have to face.

Many people across the globe do face social challenges, but they can be overcome! It doesn’t happen instantly, you will encounter hurdles, but nothing is impossible! Face each snag you hit head-on, soon you’ll be slaying those Nightmares with each journey through life you take. Along the way, you’ll be forging lasting friendships, and maybe even find your Marin!
Click to expand...