So, as posted on the main page, Nintendo of America put out the American Translated Skyward Sword website, found here. It contains all of the information from the Japanese website, just in English!

Below, in the spoiler, is all of the information from the website.


Skyloft
Skyloft is an island high up in the clouds, blessed by the Goddess. It is the place that Link and Zelda call home.

Riding a Loftwing
The people of Skyloft are made whole by their Loftwings, giant guardian birds that the goddess bestows upon each of them as a symbol of her divine protection. Link has a particularly special bond to his striking red Loftwing, and can ride it throughout the area surrounding Skyloft.

Groose and His Gang
Groose is Skyloft's resident musclebound bully, with his two bumbling sidekicks always in tow. Jealous of Link's special relationship with Zelda, he aims to do whatever he can to prevent Link from winning the Skyloft ceremony.

You Sword & Shield
The Sparring Hall just outside of the academy is a great place to learn the finer points of swordplay with the Wii Remote Plus™ controller. There, the commander will show Link basic offense and defense techniques, and give him the opportunity to try them out on wooden sparring dummies.

The Bazaar
This bustling marketplace is where Link will find useful items for his quest, and buy potions that perform a variety of useful functions. He can also enhance those potions and use various items found out in the world to upgrade weapons, shields, and more.

The Mysterious Fi
Fi is an enigmatic being with a strong connection to the legendary Goddess Sword. When Link obtains this sword, Fi becomes his servant and guide as he embarks on a journey to the surface. Only through this journey will Link be able to save his beloved Zelda, and uncover his destiny.

Link & Zelda
Friends since childhood, Link and Zelda share a close bond with each other. With Link taking part in the Skyloft ceremony to prove his ability as a Loftwing rider, and Zelda playing the role of the Goddess in the ceremony, is almost seems as if their destinies are intertwined...

Faron Woods
This bright and colorful forest landscape is filled with giant mushrooms, trees, and wildlife. Beware -- it's not quite as friendly as it looks.

Search by Dowsing
Dowsing uses the powers of the Goddess Sword to seek out Zelda. By pointing the sword in a desired direction, it cna hone in on her location by emitting sound and vibration -- even sensing people she has interacted with.

Returning to the Sky
Bird Statues are situated throughout the land below, and provide a bridge to the world of Skyloft. Link can record the progress to upgrade equipment and further explore the skies.

The Changing World
The land beneath the clouds is a living, breathing world. As Link progresses on his adventure, areas change in a number of ways. Upon returning to previously visited areas, Link may find all new challenges awaiting him.

Battling Enemies
Link's first real battle challenges begin in these winding woods. Goblins and sharp-toothed plants will be around every corner. He will need to angle his swings properly to slice down these enemies, thanks to their advanced defenses.

Skyview Temple
The clues from faron Woods have brought Link to this puzzle-filled temple in search of Zelda. It has been overrun with blowing mushrooms, cobwebs, and monsters. Something even more fearsome lies ahead...

Using the Beetle
This useful item takes advantage of the Wii MotionPlus™ technology to steer through the air and access area or items that Link cannot reach. It can fetch Rupees or Hearts, and even activate switches.

Ghirahim
Don't be fooled by his delicate looks... Ghirahim is a fearsome for who seems to have demonic powers. He is waiting for Link in the deepest reaches of the Skyview Temple, and will stop to prevent him from finding Zelda.

Ancient Cistern
The yin to Faron Woods' yang, the Ancient Cistern is a region brimming with majestic man-made structures. A stone statue in the center is surrounded by water pathways and winding passages.

Whip
This mystical item is found in the Ancient Cistern. The light ball attached to the end of the whip allows Link to latch onto a variety of things. Once latched on, he can even hang from the whip to reach news locations.

Zombies and Link
Deep inside the Ancient Cistern is a poisonous swamp riddled with hazards. Cursed zombie Bokoblins will feverishly pursue Link the moment he foot in the area.

Koloktos
The guardian of the Ancient Cistern, Koloktos is a massive metallic weapon created to punish invaders. it attacks using six powerful arms, and its metal body cannot be damaged. Link must find its weakness to bring it down.

Lake Floria
This exansive lake is located just beyond Faron Woods. Teeming with life, its rich water source is the very essence if life for the entire Forest.

Parella
A tribe of water based beings called Parella make Lake Floria their home. Somewhat resembling seahorses, this tribe can communicate with Link -- and may even be able to help him.

Water Dragon
In ancient times, the Water Dragon was charged with watching over Faron for the Goddess. But now, the dragon's spirit is all that remains, ensconced in a large water vase hidden somewhere in Lake Floria.

Swim Freely Underwater
Link can move underwater with ease by tilting the Wii Remote Plus controller to steer, and pressing the A Button to swim. A shake of the Nunchuck activates a spin move, which can damage enemies or destroy small obstacles.

Eldin Volcano
Eldin Volcano is fully active, imbued with the power of earth, and with lava pulsing throughout its innards and the surrounding wasteland. Link will need to wear clothing to protect himself from the fearsome fire monsters nearby.

Bomb and Bow
These familiar items from The Legend of Zelda series are back with some welcome twists.

Bombs can be thrown or placed as usual, but now they can be rolled like a bowling ball -- complete with angled trajectories.

Link can also charge up his strength to send arrows flying even farther and with more destructive power than before.

Mogma
The Mogma live in the region surrounding Eldin Volcano, using their sharp nails to dig through the ground and reach their subterranean lairs. They happen to have a highly advanced culture, and a particular affinity for treasure.

Thrill Digger
Link can try his luck at this minigame within Eldin Volcano, which involves digging holes in the game area to unearth Rupees. Link can keep digging and racking up Rupees until he comes across a bomb -- then it's game over.

Scrapper
This flying robot has two arms, which it can use to help Link carry large and heavy objects through the Eldin region. Scrapper cannot defend itself, so Link must protect it from monsters while travelling through the area.

Bokoblin's Fort
As Link races to the top of the mountain, Bokoblins will try to stop his progress from their fort. Link must run up the steep slope to pass them, but any attack from them will send Link right back to the bottom. Flying items may come in handy to disrupt the Bokoblins' plans.

Earth Temple
The Earth Temple is located deep within the Eldin Volcano, and as such is riddled with lava flows throughout its passages. Fearsome reptilian warriors known as Lizalfos await inside, and will test his swordplay skills like never before.

Advance on Top of Lava
Link must balance himself carefully on top of this massive sphere to "walk" over vast lava flows and advance through the temple. Deft use of the Wii Remote Plus controller will be vital to success.

Scaldera
This massive fire-breathing monster is cover in scalding hot rock, hence the name Scaldera. Sword attacks are completely ineffective -- Link will need to find another way to defeat it.

Volcano Summit
This summit of the volcano is extremely hot, due to the crater located right nearby. This punishing heat makes access impossible for ordinary adventurers.

Go Underground
Obtain the Mogma Mitts to dig in the ground and visit underground passages in which the Mogma reside. These passages can get Link past walls and fences that are otherwise impenetrable.

Link Become Unarmed
Somehow, Link may suddenly find himself unarmed during his travels in the region. He will have to search carefully for his things in this dangerous area.

Fire Santuary
There are rumors of a Fire Sanctuary somewhere in the Eldin region.They say that the temple is filled to the brim with treasures -- and so naturally the Mogmas are desperate to find it.

Magmanos
This giant hand-shaped monster makes its home inside the Fire Santuary. No physical attacks can damage its tough outer body, made of liquid magma.

dark Lizalfos also live inside the sanctuary, sure to give Link a hard time with their heightened battle skill.

Flowing Lava
Just like the Earth Temple, lava flows freely in the Fire Sanctuary. With no spheres for Link to ride on, he will have to get creative to figure out how to find his footing and get across these lava flows.
This will be updated as the website is updated. :yes:

[SUB] NOTE TO MOD OR ADMIN: Sticky this please?[/SUB]

wow thanks a lot.i wonder how the places will change
M

Okay, now my questions can be answered through this
J

I think its worth noting that the site only refers to the water dragon as the Water Dragon. It never calls it Faron. This makes much more sense so I'm assmuing the name Faron was just a mistranslation.

Perhaps they do not yet want to reveal the name of the dragon too much.
I still suspect there will be three dragons in the game: Faron, Eldin and Lanayru.

I just want to point this out:

Eldin Volcano
Eldin Volcano is fully active, imbued with the power of earth, and with lava pulsing throughout its innards and the surrounding wasteland. Link will need to wear clothing to protect himself from the fearsome fire monsters nearby.
Click to expand... 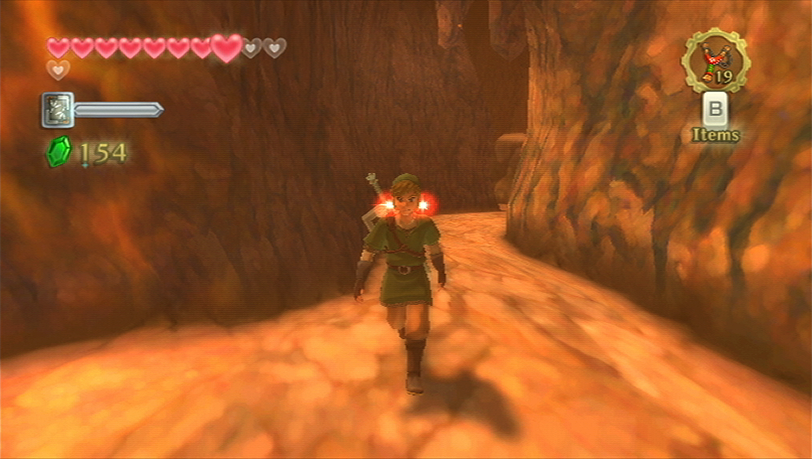 Caelus said:
^ No, the red earrings.

Oh wow... where'd you get that image?

Location
In that little heart piece room in the Windmill Ho

Whoa! When did earrings make sense in Zelda!?