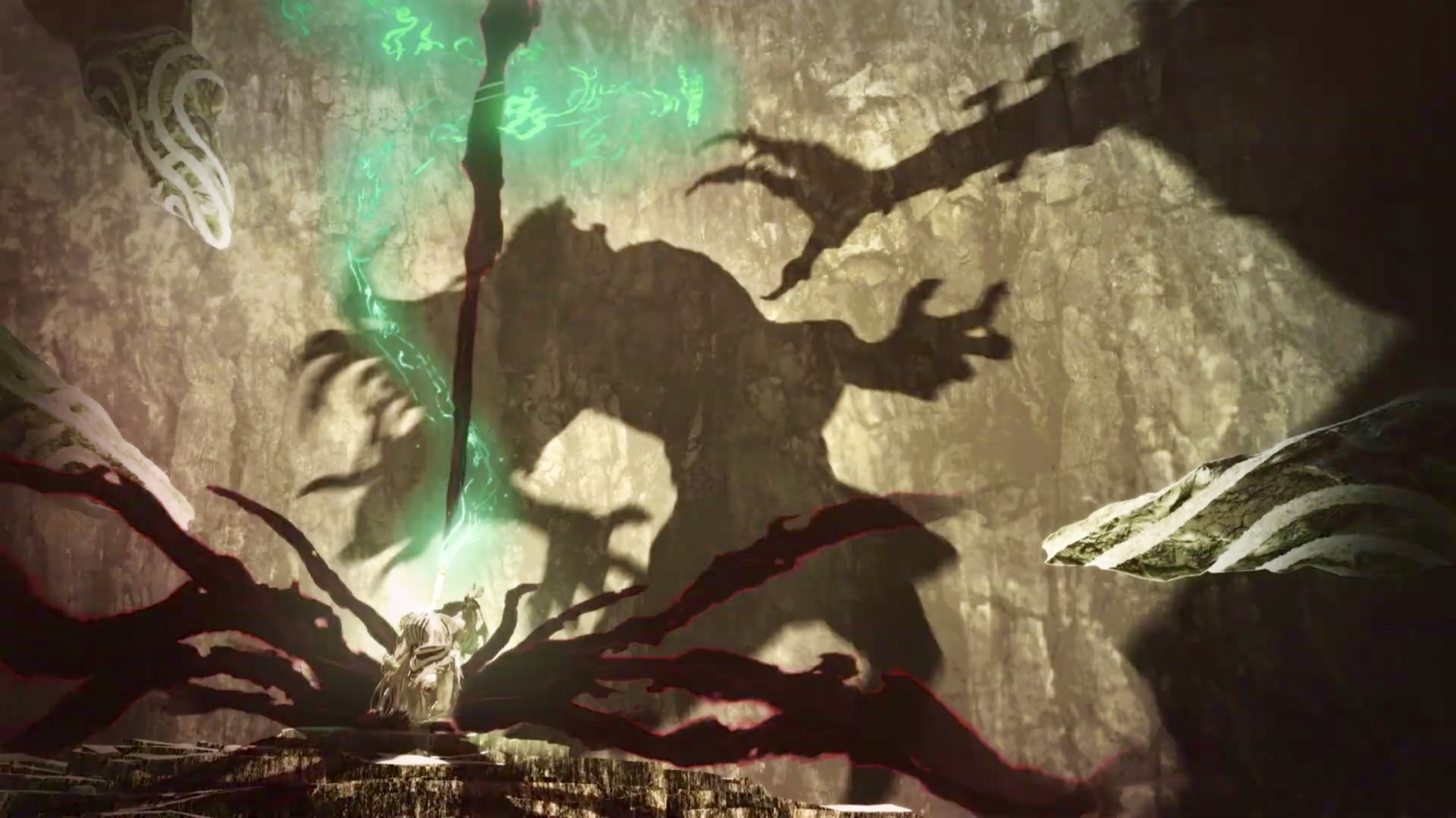 My favorite part of an incipient Zelda game is the initial period of speculation. I was genuinely surprised that Nintendo capped off their E3 Direct this year with a trailer for the sequel to Breath of the Wild. As I was taking part in the initial speculation that it spawned, an interesting...

Here's another piece that I did that I feel is worthy to share. And since I can speak a bit more about it now that I've had some criticism come my way, yes, I realize Malladus probably is a heir to the curse just as Ganondorf is. I didn't mention him, however, because I don't feel like he was a villian created to replace Ganondorf for good.

My favorite part of an incipient Zelda game is the initial period of speculation. I was genuinely surprised that Nintendo capped off their E3 Direct this year with a trailer for the sequel to Breath of the Wild. As I was taking part in the initial speculation that it spawned, an interesting theory I witnessed gaining traction was that Demise might make a return in this game. It’s certainly an intriguing thought, but I don’t think it will happen.

Despite the current uncertainty of the identity of the corpse’s from the trailer, I do agree with the assumption that the corpse is Ganondorf. I also agree that his comparison to Demise is an apt one. Firstly, Ganondorf’s hair in the trailer is long and flowing, reminiscent of Demise’s flaming hair. In one scene, a shadow is cast on the wall originating from Ganondorf’s corpse that looks strikingly similar to Demise, even wearing a waist-cloth like Demise did. It should be noted that Ganondorf has never looked this similar to him before (aside from Hyrule Warriors, a non-canon game). So, why does he suddenly look like the ancient Demon King now? I think it’s intentional, and not because Demise will make any sort of return in Breath of the Wild 2, but rather, I think it is because Ganondorf’s story in this upcoming game will mirror Demise’s from Skyward Sword.

Connections Between Demise and Ganondorf 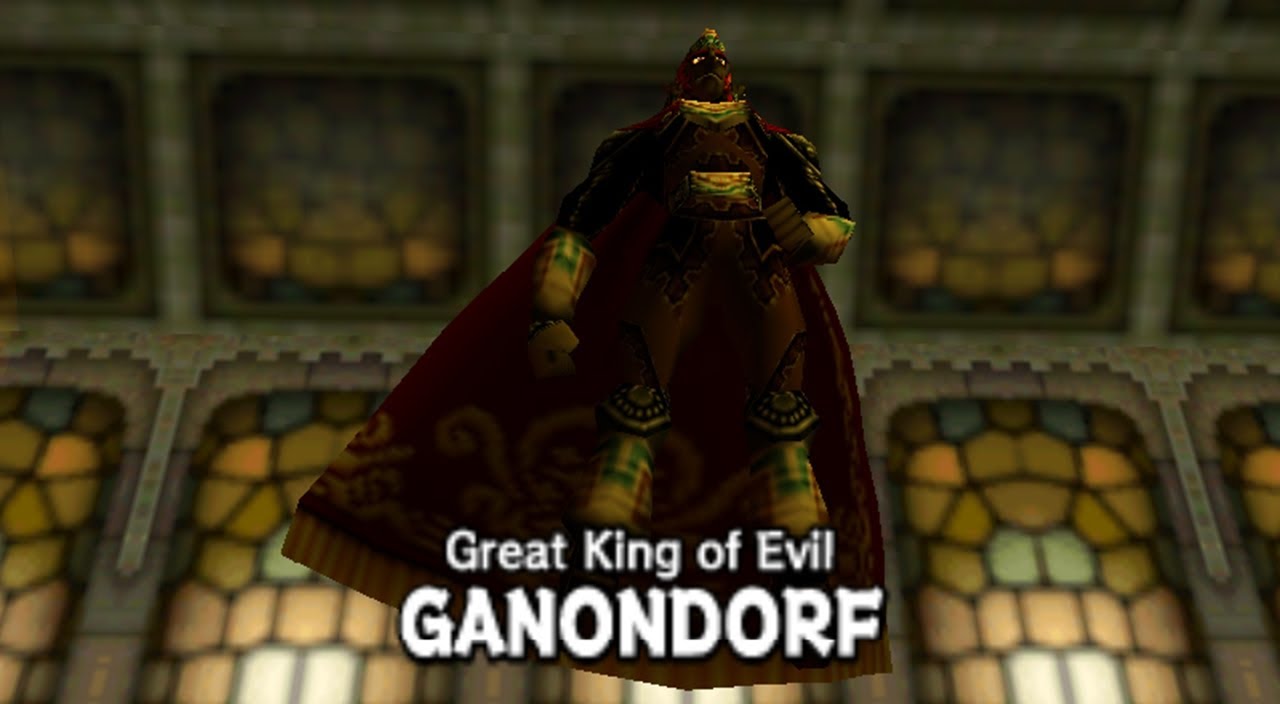 In Skyward Sword, Demise mentions a curse that his hatred will reincarnate eternally. Among Zelda Theorists, this curse has been thoroughly analyzed regarding all Zeldavillains, and the common consensus is that most of them fail to meet its criteria (that criteria being “hatred toward the gods” and “lust for the Triforce”). Ganondorf is the only villain who is an exception. In fact, it seems the curse was meant specifically for him.

What makes Demise and Ganondorf’s relationship obvious is Ganondorf’s first time transforming into Ganon. During the final battle of Ocarina of Time Ganondorf succumbed to primal hatred and transformed into Ganon. By giving in to that hatred his demonic form mirrored that of Demise; Ganon’s hair is long and flowing like Demise’s flaming hair, plus, he is wearing a waist-cloth like Demise did. Of course, drawing connections between the two can only go so far without any real confirmation. Fortunately, we do have verification from a character designer who was involved with Skyward Sword that Demise was designed with Ganondorf in mind:

“Demise’s appearance invokes a sense of dignity and overwhelming power; he was drawn many times over. In order to show the connection between him and Ganondorf, his hair was made red, or perhaps it’s burning (laughs).” – Kobayashi, Designer (Hyrule Historia (Dark Horse Books), Pg. 17)
Click to expand...

This leaves no doubt that Ganondorf is the principle reincarnation of Demise’s Hate Curse, and this brings me to my next point: Ganondorf falls into the same cycle that I believe Demise experienced. Admittedly, while Demise’s history is vague, we do have enough information to piece it together.

The History Of The Original Demon King, Demise 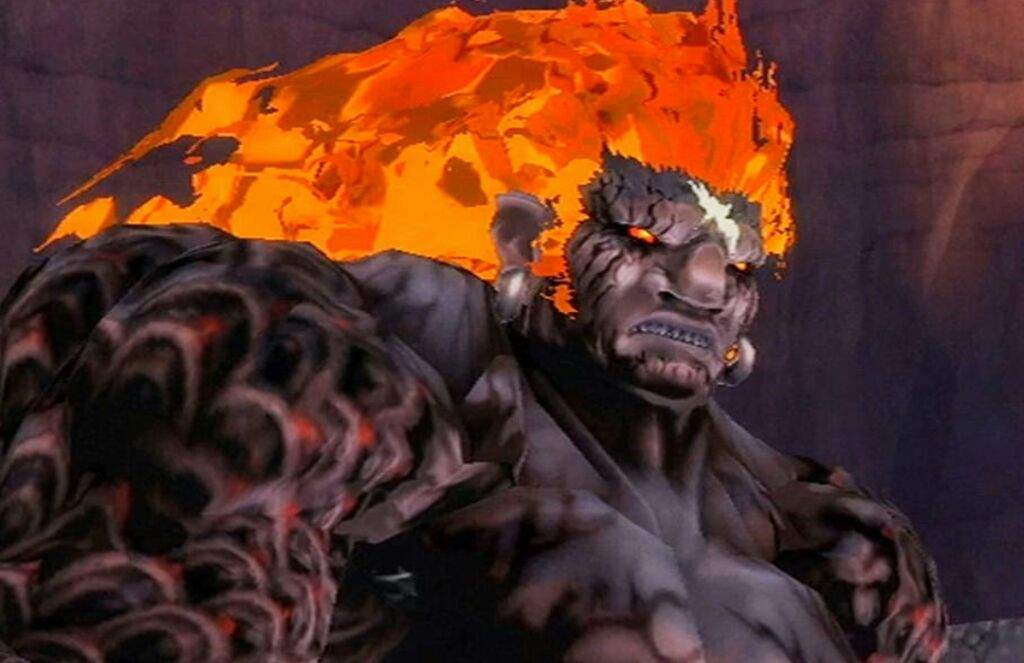 There was evidence of a civilization originating before the one on Skyloft in Skyward Sword, and it probably had a long history which we aren’t privy to. We can surmise from the little of that history we know that Demise was a recurring threat in the ancient past, based on Fi’s mention of him being committed to that civilization’s legends. A point of primary importance is Fi’s statement that Demise would appear differently in each epoch which puts into perspective his influence on that lost history:

“According to tales passed down through generations, it appears differently in each epoch and to each person who lays eyes on it.” – Fi
Click to expand...

An epoch marks a significant point in time, i.e. the dawn of a new age. For this legend to make sense there must have been multiple epochs that Demise was a threat in. Obviously, Fi has to be scrutinized on whether she can be a trusted source for this info. Effectively, Fi is entirely literal; the information she provides Link is the most accurate in Skyward Sword. Additionally, she is one of the only characters that has unaltered knowledge of the ancient past. To support Fi’s statement, we also have the Japanese version of the Hate Curse that varies from the Western Translation:

“My hatred… The curse of the Demon Tribe… They shall continuously go on reincarnating until the end of all times.
Do not forget it! I shall repeat it!!
You people shall… You people who possess the blood of the Goddess and the soul of hero shall… forever be unable to escape from this curse!
This hatred and grudge… Its evolution shall forever painfully wander across this blood-stained “Dark Sea” along with you lowlifes forever!!” – Demise
Click to expand...

This version paints the curse in a different light. In the western version, we are led to believe Demise set the curse in motion with his dying breath. However, in this Japanese version, the curse is already established. Thus, considering Fi’s statement, it seems Demise was a recurring threat of the ancient past.

After I discovered the Japanese version of the Hate Curse, I’ve begun to view the curse as a force of nature. Evidently, it can stay with one being for a long time, but eventually, it passes on to someone new. The curse passed on from Demise and Ganondorf inherited it. Ganondorf has had it for a while, so it could be time for the curse to pass on to somebody else.

As we learn in Breath of the Wild, the previous attack on Hyrule that was launched by Calamity Ganon occurred 10,000 years ago. Yet, it is mentioned that Calamity Ganon posed as a threat numerous times before that. Therefore, when the events of this game occur, Calamity Ganon has been sealed, fought, and resealed countless times (in addition to all the other times Ganondorf was fought and sealed in other Zelda games on whichever timeline/timelines one wants to theorize Breath of the Wild to be at the end of). Thus, the history of Ganondorf is full of many resurrections, as was also the case with Demise.

So, by the time Breath of the Wild takes place, Ganondorf has also impacted Hyrule’s history as a returning threat just like Demise did. Interestingly, after millennia of doing that Ganondorf has fallen into a fate parallel to what happened to Demise at the end of his life. The underground area where Ganondorf’s corpse is sealed in the Breath of the Wild 2 trailer is figurative of the Sealing Pit from Skyward Sword. With Ganondorf unable to escape the seal in his true form, his concentrated Malice takes the shape of a formless abomination to break free of the bonds, ergo, Calamity Ganon is akin to The Imprisoned. Consequently, this connection could be alluding that Ganondorf is at the end of his rope. When he is confronted in Breath of the Wild 2 his end might be an absolute one, and the curse will finally pass on to someone new.

Conclusion
Even if the connection between Demise and Ganondorf is not expanded on in this forthcoming game, it’s implicit. It seems they wanted this comparison to be drawn judging by Ganondorf’s design. Moreover, if Ganondorf is meeting his end, I can’t imagine a better way to allude to it than what has already been laid out so far. Although I do like Ganondorf a lot, the prospect of a new villain taking his place at the forefront of the Zeldaseries does excite me. Plus, Ganondorf can still be the protagonist of some new games if different points of the timeline are revisited. Speculation aside, for me this sequel looks very interesting, and I can’t wait to finally find out more about the plot of this game!

Charles is an Editor at Zelda Dungeon. He enjoys Skittles immensely. He loves playing video games, reading books, and creating art. He is a massive Lord of The Rings, Star Wars, and Marvel fan. @Rubik is cool!
Click to expand...

So Ganon turned into a blob??

Dizzi said:
So Ganon turned into a blob??
Click to expand...

Well he turned into Calamity Ganon, and like I pointed out, I think Calamity Ganon is akin to the Imprisoned form of Demise.
Last edited: Aug 12, 2019

Or maybe the curse itself is nearly lifted, after being defeated countless times for so long, Demise's hatred has tempered down. And it would be a decisive victory, and an end to the timeline (whatever happens, there will probably be more prequels)

Goroganos said:
Or maybe the curse itself is nearly lifted, after being defeated countless times for so long, Demise's hatred has tempered down. And it would be a decisive victory, and an end to the timeline (whatever happens, there will probably be more prequels)
Click to expand...

I disagree, the curse is apparently eternal - nothing can stop it besides wishing for the curse to end with the Triforce. One would need knowledge that there is even a curse to begin with though, making this option seem unlikely.
You must log in or register to reply here.