Your Most Wanted Mario Kart 9 Additions

We're getting a new game no matter what, so I want to jump in the topic and ask what are your most desired characters you want in the next Mario Kart? The roster can be weird from game to game so its anyone's guess to who'll be cut or added. 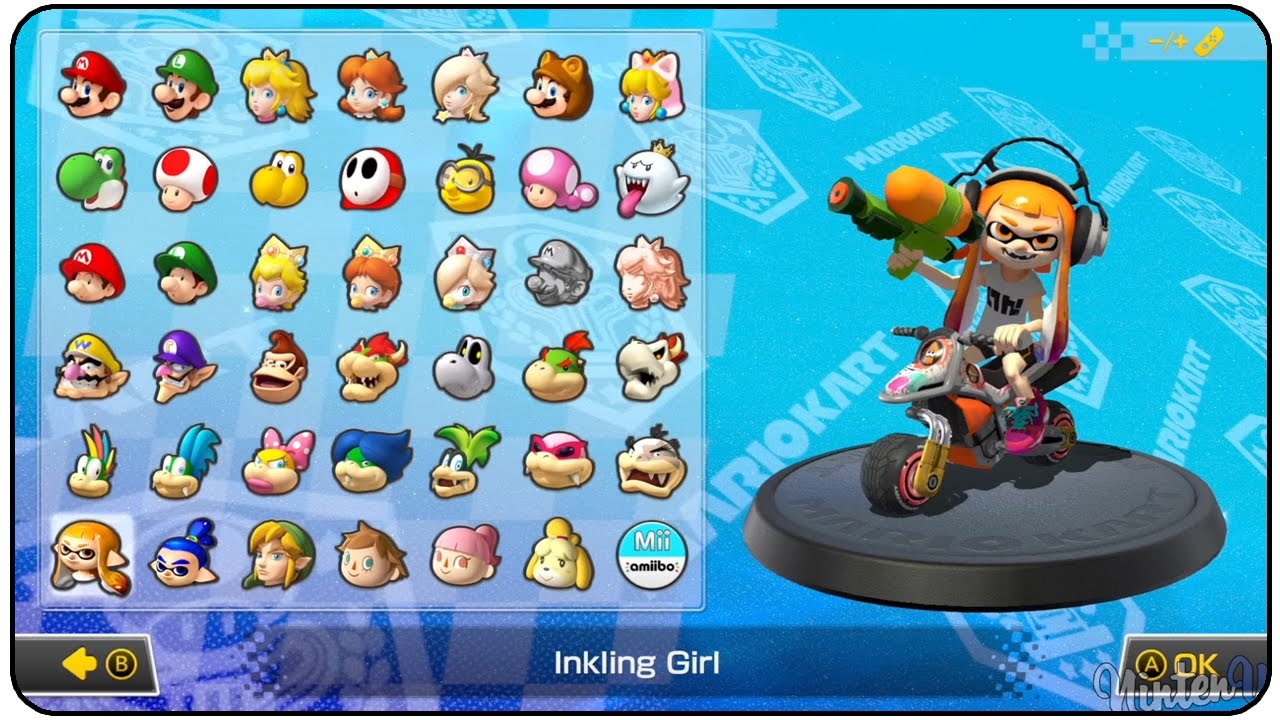 Firstly, I really hope they turn certain character variants into costumes so it doesn't take up slots. But based on this, what are some new characters you want to see added in? Are there any returning ones you want to see too?

Here's my top 5
Here's some I want to see return

All I want is for Funky Kong to return.

Chevywolf30 said:
All I want is for Funky Kong to return.
Click to expand...

Cash Banooca 4: In A Big Tent

First off, I would like to see the metallic copies of mario and the others GONE. There's no point to them, they aren't real characters, they're just heavy version of established characters and we already have heavy characters.
I like the idea of having e. gadd as a racer. I can also see maybe Wart as a throwback, or just wishful thinking. Also yes to all of the above proposed donkey Kong characters, dk 64 guys would be cool too.

I'd love to see more Nintendo characters join like Link and the Inklings. So Kirby and Pikachu would be my first 2 picks to represent another franchise.

new mario kart game? since when?

also I'd like to see them dial it back a bit in the character choice, keep it to mario and have more unique characters

Location
Your head. Its not your fault, you need to let go.

Honestly, I really don’t care who they add as the entire Mario cast is pretty well represented and then some.

Really all I want is character-specific abilities. Kinda like Double Dash but actually good. Give me an actual reason to play as Pink Gold Dry Baby Larry.

Oh, more licenced cars would be cool, or even just more that were designed after real cars like the Flame Flyer in mk Wii.

Give us the return of mission mode or maybe better yet, weekly missions like in Mario Kart Tour. That would give some single player longevity.

I agree with all of your character choices, especially Professor E. Gadd and Pauline. Maybe get one of the Odyssey villains in there too. Seeing Mollusque-Lanceur or the Ruined Dragon in a kart would be pretty funny. If we get more guest characters, my votes are Kirby and Captain Falcon.

I just want them to get rid of the whole "Build Your Car" thing. I liked it much better when each car was its own thing and you'd unlock them in various ways (instead of just getting them after collecting a certain amount of coins). The way it is now makes it feel much less special, the cars have lost all their personality...

I think builder from dqbs... in the buggy buggy...and have like skills...like banjo kaz they could after a jump kaz flutters her wings for a lil boost...

zelda, duck hunt, maybe a pokemon would be cool
there are obvious others i want but given that theyre basically impossible i'll spare yall my ramblings

If we don’t have a Bowser’s Castle like the one in Odyssey, I’ll cry.

Speaking of that, I’d like to see more stuff taken from mainline Mario games in general. For example, Bowser has a car called the Koopa Chase in Super Mario 3D World. Why wasn’t that a kart in Mario Kart 8 or any of its DLC or in deluxe?

Obviously, taking everything from mainline Mario games would be a bit too far, but just more tracks and vehicle parts would be really nice to see.
You must log in or register to reply here.