Who's Your Celebrity Crush?

My top five have to be

I don't know whether I wanna marry them, or just cuddle and talk for hours. They are all just so perfect! I love them so much. They are so talented, beautiful, and simply inspiring.
H

I know I know, my taste in men is outstanding isn't it

I also have a crush on David Beckham , I just remembered..

TOBY TURNER!!! OMG that made my day. he is making the funniest face evar. I would say yes he does count.

Hmmmm, I would say.....Miranda Cosgrove.

There's many, but by far my favorite would be Zooey Deschanel

If I was gay? Neil Patrick Harris 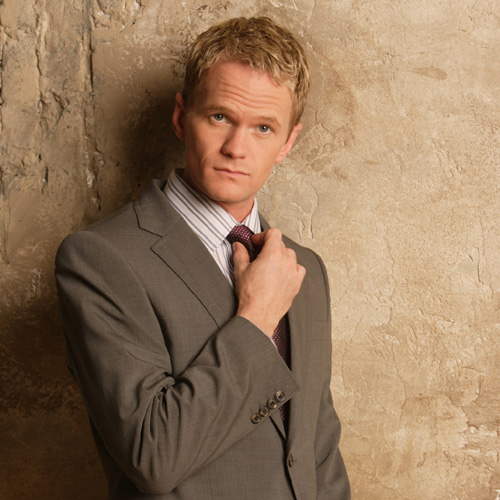 Good morning/evening/afternoon (depending on where you live) ladies and gentlemen. I am here to introduce into your pathetic lives true beauty, glory, and majesty - in the form of gymnastics! But not just any gymnast - one of the best there is in the world today. No, not Olympic All-Around Champion Gabby Douglas. While one cannot take away Gabby's fantastic performance at the 2012 London Olympics, the gymnast I would like to speak about has a much richer winning history. Without further ado...

Jordyn Marie Wieber was born on July 12th, 1995 in DeWitt Michigan. With a typical gymnast's build, Wieber is 5'2" 105 lbs. She began the sport of gymnastics when she was very young - just two or three years old - and won her first "professional" medal in 8th grade at the 2009 American Cup in Chicago. She won gold at this competition in the All-Around finals. Inury forced her out of the 2010 American Cup, but she regained her seat atop American women's gymnastics with two gold medals in the 2011 and 2012 competitions. Jordyn has three additional All-Around gold medals: the 2011 and 2012 Visa Championships and the 2011 World Championship in Tokyo. As such, it was not an outlandish expectation to have thought she would also take the Olympic All-Around competition.

Jordyn, after failing to quality for the All-Around Finals. Jordyn Wieber is most famous for her antics in the 2012 London Olympics - specifically her having been snubbed from the All-Around competition due to some silly Olympic ruling. Even though she had qualified fourth in the world, she had qualified third out of her American teammates. Only two athletes from each country may participate in the All-Around competition. So naturally, the two with the highest scores moved on to compete. Everyone who follows gymnastics was devastated, but none more so than the snubbed gymnast herself.

Said her coach John Geddert, "I'm basically devastated for her. She has trained her entire life for this day and to have it turn out anything less than she deserves is going to be devastating. She has waited her entire career for this. She is happy for her teammates and disappointed that she doesn't get (to) move on." Despite this obvious heartbreak, the gymnastics star was always supportive of her teammates, "I'm really proud of Ally and Gabby (Douglas) both and I'm happy that they both made it to the all-around and I'm glad that I'll be able to help the team out in team finals."

Jordyn Wieber to her best friend and Olympic teammate, Aly Raisman,
four days after she had been the one to end Jordyn's Olympic dream. But just two days following this crushing loss, Jordyn and her team returned to the competition for the Women's Team Finals, in which Jordyn earned her "redemption" and led the USA Women's Gymnastics team to gold - with none other than Aly Raisman clinching the win. 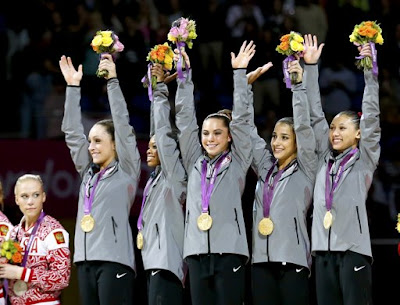 The "Fab Five" gymnastics team from left to right: Jordyn Wieber, Gabby Douglas, McKayla Maroney, Aly Raisman, and Kyla Ross.​
Jordyn, however, failed to medal in her last competition - the individual Women's Floor Exercise. Naturally, team captain Aly Raisman took gold with a fantastic performance in the Floor Exercise with her best friend Jordyn Wieber right by her side.

I admire Jordyn for a number of reasons. Anyone who can dedicate their life to achieving gymnastics gold must give up so much - spending time with their family, having a social life, being able to actually eat - and must take on so much rigorous daily training. It is not an easy road to glory. At the same time, anyone who is capable of getting through all of this - let alone excelling at it - earns a lot of respect. Now having your dreams completely crushed after putting in all this effort and still being able to accept it with grace and be supportive of the very people who knocked her off her pedestal? That takes extremely kindhearted person to be able to do.

Jordyn Wieber is an incredibly talented, determined, and gracious athlete who has been gifted with amazing natural beauty as well. I admire her spirit and her success and wish to someday be able to have the chance to pursue my dream like she has. Did I mention she's gorgeous?