Where Do You Live?

I made this thread because a lot of people on here say random places for where they live and not where they actually live.

I live in New York.

I live in Ohio in America, although I wish I lived in Hyrule. Hyrule, where the days are 5 minutes long and money is hidden in grass.

Hey, I live where the trees are. Which is kind of true because my behind my backyard, there's a forest

Actually, I don't like living in Ohio...I've traveled all over the US, and I have to say my favourite place is exactly Sedona, Arizona. It's so beautiful there. :3
H

We both live in Ohio! Where is Lovely? I live in Dayton, is it near here?

GIVE ME THE APPLE!!

Though my accent sounds NOTHING like what you'd expect from someone living in North West England, people always point out it actually sounds vaguely Canadian

I like it here though... there's LOADS of hills/mountains/fells, so the landscape's beautiful to look at (when the weather actually decides to do something other than rain), at the towns are nearly always in valleys, so where ever you look, there'll be streets of houses curving up the slopes above you. When I really think about it, the thought of living somewhere flat fills me despair... I could never live down in the south D:
It's also only ever a train ride away to the coast, to a fairly large city like Manchester, Liverpool or York, or to the Lake District from here, which is great as well. I really wanna travel a bit more once I get my own vehicle!

But now you know the reason why I seem to be on at very strange times XD After all, I'm only an hour behind Smitie lol

I live in the oh so lovely city of Atlantic Beach, Florida, or if that's a mouthful, its pretty much Jacksonville, Florida.

I've lived here now for maybe five years. I've lived in other places in the Southeast section of the United States, and I would have to say that I feel most at home in Georgia since I was born there and its also a lot more fun for me there than it is here in Florida.

I would also like to get out of this country when I'm older. I want to visit a lot of countries.

Sorry, Hero of Time. There really isn't a town called Lovely. It's just a joke my cousin and I made. I'd rather not say what town I live in, though. Sorry. =(

I live in the Philippines.

I live in The Netherlands....in Zeeland surrounded by tons of water and beaches

TreeHuggerPanda said:
Hey, I live where the trees are. Which is kind of true because my behind my backyard, there's a forest


Uh, THP, you're supposed to say what country/state/province or whaever you live in, not just what you live near.

I live in Halifax, the capitol of Nova Scotia... if you can even consider it that... I think it is the smallest capitol city in Canada. Although we have the largest natural harbour in the world. and no matter where you are in Nova Scotia you can get to a beach in less than 2 hours because of the shape of the province. If there was one thing that I would have to complain about, it is the fact that there is no amusement park here in town, or a waterpark. although we have a lot of pools, and beaches and parks are found outside of town... it gets really hot here in the summer and the winter is brutal with lots of snow and wind cause we are right on the Atlantic Ocean so i guess we have the best of both seasons. It's a nice enough place but I might want to move at some point.

I'm not going to hand out my address (though a few ZDers know it), but I will share of my home. I was born and raised in central Pennsylvania, or Pennsyltucky, where cow patty bingo and whoopie pies reign. The people in the area are mostly of German and Irish descent. ~20% of the population in my county is associated with simple living religions (Amish, Mennonite, or Brethren). We are comfortably seated in Pennsylvania Dutch Country. 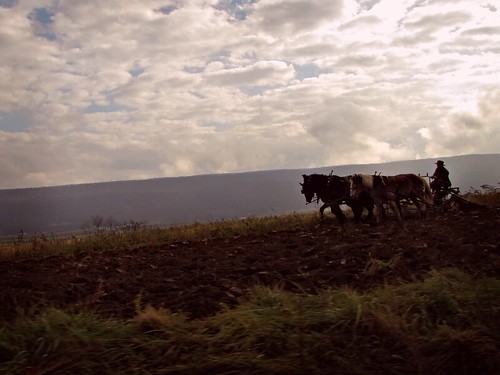 Oh, and just because Josh thought it was funny, we also have Goose Day. It is unique to the county and it is based on superstition. Why eating goose on a random day in September is good luck is beyond me.

MarinetheWitch said:
Uh, THP, you're supposed to say what country/state/province or whaever you live in, not just what you live near.
Click to expand...


But I don't want any stalkerz!

Fine, but if I find anyone stalking me, I'm reporting you to the police! I live in Pennsylvania. There, no stalking me.
You must log in or register to reply here.