The handsome specimen you see above is what we call a boy. You may post pictures of these to your hearts content. 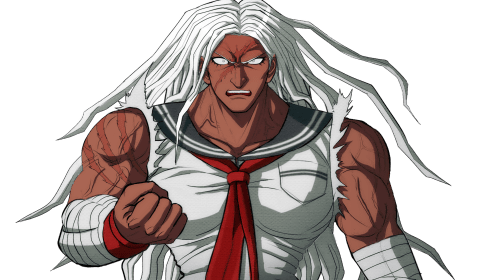 Don't let her sacriligious figure steer your mind from the pursuit of pure and innocent knowledge! Under no circumstances may you post more of her kind in here. Failure to follow any of the rules listed above will result in explusion.

Prior to the game the two goons were given the option to choose up to three of these powers.
For every power the mafia chooses the town gets a power from the list below plus an additional two powers. (Ex. If the mafia selected two powers the town receives to total of 4 powers).
Powers are distributed randomly. No player can get more than 1 power. The mafia traitor cannot receive a power unless he is recruited. Also if the traitor is recruited he loses his one shot bulletproof ability.

i really, REALLY hate your avatar

A girl has invaded the all boys school!!!!

is moi-moi supposed to be moe-moe?

A girl has invaded the all boys school!!!!

Ya know, this would've been gold if she hadn't been innocent child.

Five games in a row, you know he's gotta be scum again!

Huh. I just realized how fitting "it's a trap" fits for that character and that anime.

Five games in a row, you know he's gotta be scum again!
Click to expand...

That's four bud, your mathing is off

SK counts as scum my dude