This thread was created to expand on a heated shoutbox debate I had. The debate was on the foot racing game, Sonic R.
I Personally loved the game, maybe because it was my first racer, the hours of fun me and my brother had, forming new methods and learning how to get faster times (Knuckle's gliding was great). Yet many don't like it. They claim it was terrible, soundtrack sucked, etc. Personally, I liked the soundtrack, it was pretty catchy. The thoughts are varied, and I know mine are biased, but I want to know your thoughts!

I love this game for it's superb soundtrack !
It's 5 cm draw distance which presents a real challenge in two player.

I love that game very much and I really hope that SEGA/Nintendo can bring it back as a remake! Despite at what I just said right now, I always asked myself this question in any racing game that Sonic has been involved in:

Why make a racing game with Sonic in the first place? Sonic is the fastest thing alive, so there's no point to even play those games! :xd:

I'll be the first to admit, the soundtrack grew on me, over time.

I wanted to like it, I remember years and years ago i saw it advertised on TV but i never got to play it until much later.

When i eventually got it (as part of a sonic collection disc) it was the first game i loaded. I loved the, by now, dated graphics and i loved the idea... a super-fast racing game on foot?! Only Sonic! but when the first race loaded and i began the gameplay instantly turned me off. Like many other 3d sonic games i'd played before hand, it was hard to control sonic, or any character for that matter, the physics didn't feel right to me and it just didn't feel like a racing game... the best way i could describe it to play would be controlling a drunk hippo on roller-skates.

I haven't played much of Sonic R because my collection Sonic disc was given back tot he owner, but it was very fun for the short while! The soundtrack was amazing!!

VanitasXII said:
I haven't played much of Sonic R because my collection Sonic disc was given back tot he owner, but it was very fun for the short while! The soundtrack was amazing!!
Click to expand...

Be a real man and get the original on saturn You don't get the 5cm draw distance otherwise.

It is a pretty fun game, I remember playing it a lot when I got Sonic Gems Collection. Also it has Tails Doll. The soundtrack is pretty cool as well and the game is pretty challenging at times. 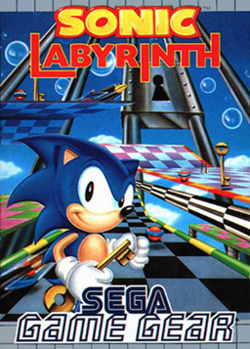 The soundtrack is amazing, but the gameplay is horrible. Also, Sonic Spinball for the GameGear is worse.
Last edited: Jul 15, 2012
You must log in or register to reply here.