Within 2 hours of making my last post, I got clipped by a turning car while riding my bike and ended up with scrapes on my face, knee, belly, and hands. Funny the way coincidences like that tend to work out.

Mellow Ezlo said:
Within 2 hours of making my last post, I got clipped by a turning car while riding my bike and ended up with scrapes on my face, knee, belly, and hands. Funny the way coincidences like that tend to work out.

I hope you're not too beat up and are able to get back into it soon. Sounded like a great exercise goal so it would be a shame to have it cut down so soon like that but you gotta take care of yourself first of course.


I'm flying to Canberra this weekend for a Japanese exam but haven't really done any specific study for it. Hoping to kind of wing it since I am too tired to study after work but I think that's going to be a poor strategy for me. Fingers crossed all goes well and I can at least do some study between now and Sunday.

So, last week was girl's camp (a church thing). And I was having a pretty good time. It was hot of course, but it still was pretty fun. Anyway, on the second night, they had karaoke and stuff. Now, I've never done karaoke before. I'm not good at it, I haven't practiced at all. I sing a lot, but only in private at home, so karaoke would usually be very uncomfortable to me, and something I would decidedly not do at all.

But the power of Galneryus' songs tho, it made me get up. I had to share them. I was scared, terrified even, since they are a power-metal band, but I got up and stood in line. I really really wanted everyone to see the good side of metal. That passion is what made it possible for me to have the courage to do something like this.

So the beat dropped, the guitar started, and people cheered in support. I was so happy!!!! I sang with all my heart. My legs were shaking, and my voice too a little bit, but I kept going. And then in the middle of the song when the guitar riffs start for like a couple minutes, I pretended to play the guitar and head-banged. (I don't even know how I had the courage to do that.) And they cheered then too. It was awesome. And at the end, I even threw out the metal hand sign as I walked off.

My legs shook, and I felt weak afterwards, but I also felt so happy. It was amazing. I'm so glad they were supportive. Some leaders even said it was their favorite part of the night. <3

(Here's the song I sang, it was the only Galneryus song I could think of in the moment that had 100% english lyrics. I knew there's a couple more, but I couldn't think of them at the time.)

Make up is a freakin con yall!!!

Dizzi said:
Make up is a freakin con yall!!!
Click to expand...

How do you mean?


In our state everyone had some vouchers for eating out and entertainment venues (economic stimulus) which expire tonight. Had one left and managed to use it to book in a cinema screaming of Princess Mononoke with a friend in the next few weeks. Really looking forward to seeing some Studio Ghibli on the big screen.

Jimmu said:
How do you mean?


In our state everyone had some vouchers for eating out and entertainment venues (economic stimulus) which expire tonight. Had one left and managed to use it to book in a cinema screaming of Princess Mononoke with a friend in the next few weeks. Really looking forward to seeing some Studio Ghibli on the big screen.
Click to expand...

Have to use alot for my mum to be happy with mine nd i dont want to wesr lot...

my friend got deep into pc emulation and no longer wanted his wii and gave it to me, now I have 5 wii's in my household

mine, my old one that doesn't work, my brother's, and now 2 from separate friends not wanting theirs

I want to make a wii tower 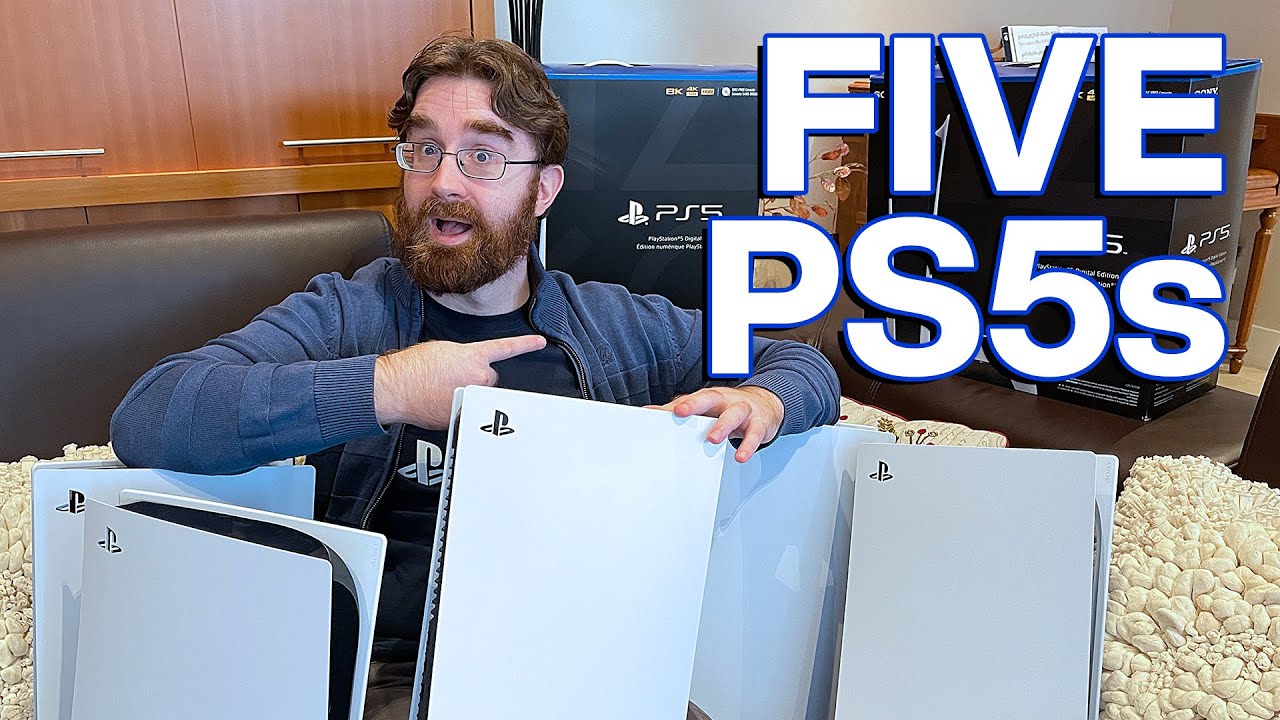 He's back again. Support LRR: http://Patreon.com/loadingreadyrunGiveaway Details!YouTube: No purchase required, just subscribe and leave a comment below this...

I'd like to see him stack em vertically though

I am Planning a gigantic road trip to Arizona from North Carolina and spending roughly a week in Arizona (To visit with my brother) before returning back to North Carolina and Traveling again in Late July to my home state of Ohio, So long story short this summer is going to be full of me traveling.

Sleeping is necessary, but if I didn't have to sleep I could do so much more with my time, I could probably do activities I tell myself I was going to do today, but ended up not getting around to.

I hate that I get irritable when I'm hungry. Makes me feel like a jackass.

Which also means due to the fireworks downtown work is gonna be hella busy and I'll likely be putting in 10-11 hours. But I get double time and a half for the holiday so can't complain too much lol. 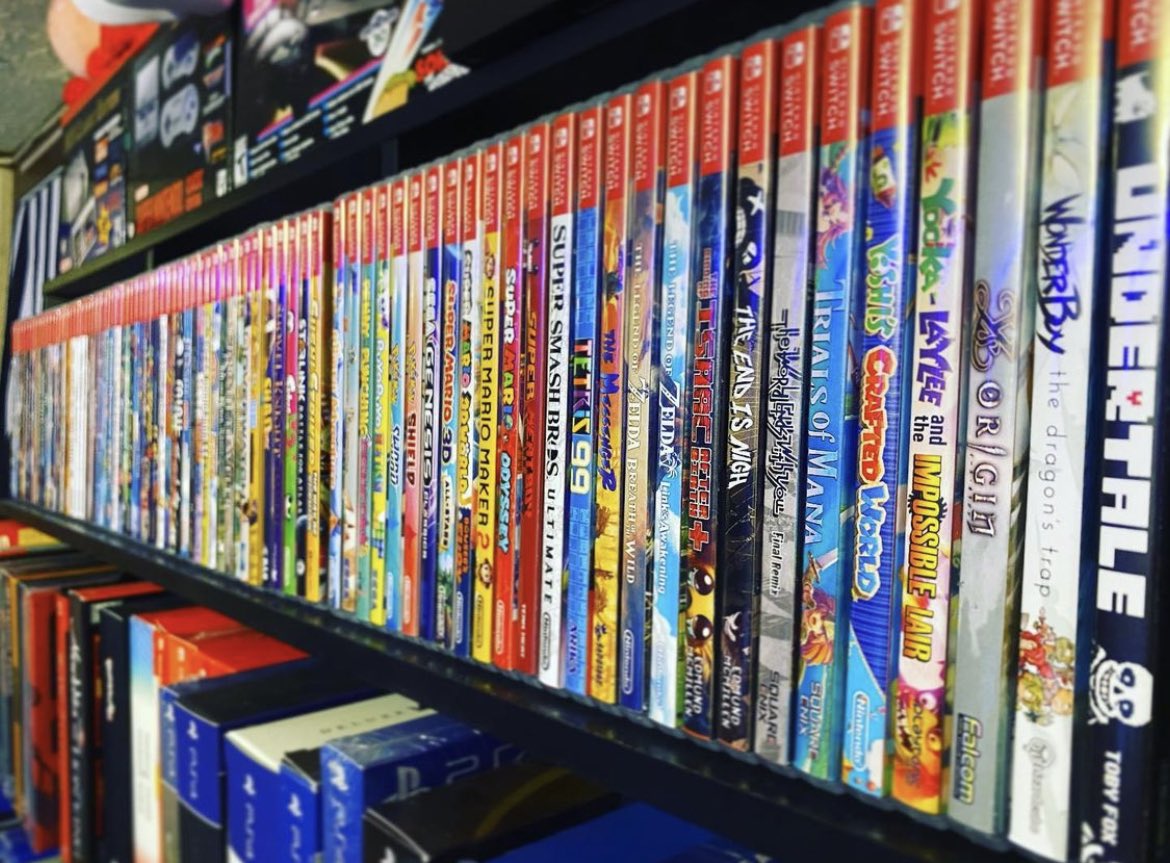 maaan, this is exactly how the switch case spines should have looked like

I just saw a video of what happens when you get all the rare orbs in Donkey Kong Country Returns. I always wanted to do it myself, but I'm one orb away and gave up on it a long time ago. Anyway, you access a final level in a different dimension, and the prize for completing it is a new "mirror mode" for the game that reverses all the levels, takes Diddy's help away, and you have to do all the levels with only one heart. So true completion of the game is 200% after doing mirror mode, but really nothing else comes from it besides having that number.

I always thought getting all the orbs would maybe unlock a secret cutscene ending or something, this sounds kind of like a rip-off lol.
You must log in or register to reply here.