MightyMario said:
Why is everybody skipping over the Disney racing game? I’m hyped for that.
Click to expand...

Cuz it's free, probably. I'll probably give it a try cuz the Asphalt devs made it, and they do good work on racing games for sure.

If Switch Sports was free like Wii Sports technically was as included with the Wii, I'd totally try it. But I dun wanna pay for it

Pretty tame Direct. I know Fire Emblem and Xenoblade were supposed to be the big announcements of the Direct, but I really don't care for either franchise.

Mario Kart 8 was probably the biggest surprise for me but also kind of a slap in the face. We won't be getting Mario Kart 9 any time soon but we're also getting 48 more tracks for the already flawless Mario Kart 8. Something like this should have been announced a few years ago already, but if people are gonna keep buying Mario Kart 8 every year, then I'll take what I can get.

Mario Strikers and Nintendo Switch Sports were cool announcements but they're also very situational games so I'm not like overly excited about adding a couple of games to my collection to collect dust until other people feel like playing it every now and then.

Kirby still looks amazing, Klonoa looks interesting, and I'll probably pick up The Force Unleashed for the Switch. Also glad Metroid Dread is getting a boss rush mode which is something I've actually wished was in the game when it released. But overall, pretty meh. Was hoping they'd announce the Batman games for the Switch but not even that would salvage the Direct.

The Dashing Darknut said:
I’d rather it be free, that’s all I’m saying

But you can laugh all you want if you find it that funny
Click to expand...

I remember people feeling the same way about the dlc on the Wii u, and that was almost the same amount of content as a brand new Mario kart game
This isn't as much content nor as much development time, but it's still a ton of new content when you consider that tracks are the majority of new content in a racing game followed by loadouts
I'm not trying to rag on you or anything, just a bit of a history repeats itself moment. Of course we'd all rather have it be free but unless your game has microtransactions or ads free play isn't a successful business proposition

Kirby looks ok I guess but after seeing more of it, it doesn't look like what I thought it was going to be. It looks cool I guess, but idk if I'll be buying it.

Assassin's Creed Ezio Trilogy - YES YES YES, I am all for this, probably one of the more hype things in the Direct for me!

I'm down for the Portal 1 and 2 ports, I've never played the Portal games so it's cool they are coming to Switch, I'll likely get them eventually.

Star Wars The Force Unleashed is a nice addition I guess, but I don't think I'll be buying it. I think I've told this story before, but I got it at a store years ago that sold Wii games for 5 bucks back in 2010 or 2011. I played it and then later sold it because I felt like it was too short, and then years later kind of wanted to replay it again. I can never get myself to buy it though because to me, it's always only a 5 dollar game, lol.

I've never played Earthbound, so I am really looking forward to it being added to Switch Online!

If Nintendo Switch Sports is free or something I'd definitely download it, but if not I really have no reason to buy it.

Mario Kart 8 Deluxe DLC is long overdue honestly. They needed something to tide over the launch of a new console that will more than likely come along with Mario Kart 9, so it makes sense. Sadly I just don't play Mario Kart enough to care about this. The only reason I have Mario Kart 8 Deluxe is because it was bundled with my Switch, otherwise I likely would not have sought it out.

I'm pretty satisfied with this Direct, I think it had a lot of stuff to interest people for the first half of the year.

All they had to do was show a single photo from BotW2 and I would be fine. But not having something about your supposed holiday title that is IV dripping hype is a weird move.

But the rest of the direct was good, big fan.

The direct had something for everything. Lots of quality and quantity there.
Those who hated on it (not mentioning any names) - I respectfully disagree with them. The direct was very good.

The important thing to note with this direct - you can easily see Furukawa and co are looking at new games as well as cash cows. Most of the content there is from already known IPs or well advertisted new IPs. No "what the hell is this" kind of surprise. No risks taken with the content in this direct. Just solid fun to be had. You can see Nintendo is really looking to sure up it's revenue year on year now.

The biggest risk there is probably Wii Sports 2 - the Switch thing. It not being a console pack in game, will people still buy it? We shall see.

Fire Emblem and Xenoblade are the big highlights for me, and I would've been satisfied with them alone.

Besides that, I'm pretty excited for the chance to finally try Chrono Cross, Earthbound, and the first Portal game. Triangle Strategy and the other RPGs all look interesting to me too, and while I probably won't play Kirby, it looks great.

I might actually play portal yeah. MK dlc is a must buy and I'll be able to play earthbound beginnings instead of being a functioning human being

Mikey the Moblin said:
I remember people feeling the same way about the dlc on the Wii u, and that was almost the same amount of content as a brand new Mario kart game
This isn't as much content nor as much development time, but it's still a ton of new content when you consider that tracks are the majority of new content in a racing game followed by loadouts
I'm not trying to rag on you or anything, just a bit of a history repeats itself moment. Of course we'd all rather have it be free but unless your game has microtransactions or ads free play isn't a successful business proposition
Click to expand...

You’re right, I wasn’t thinking when I said that

Here are the games in the JP direct that did not make it to the English Directs. 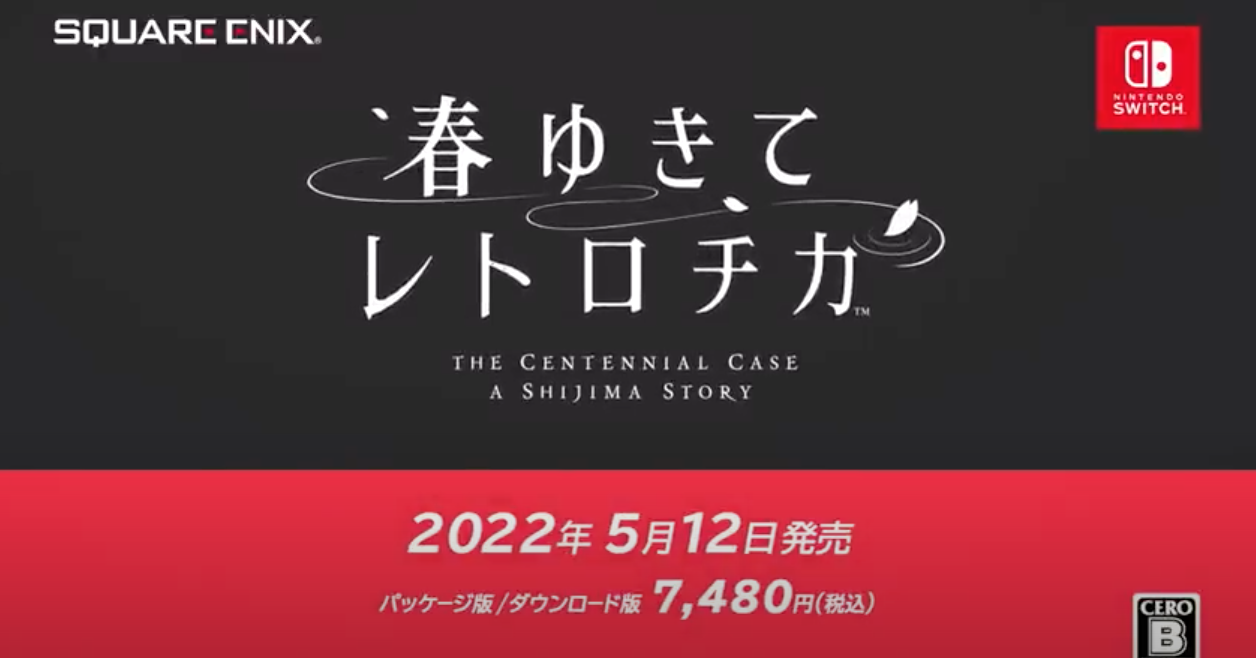 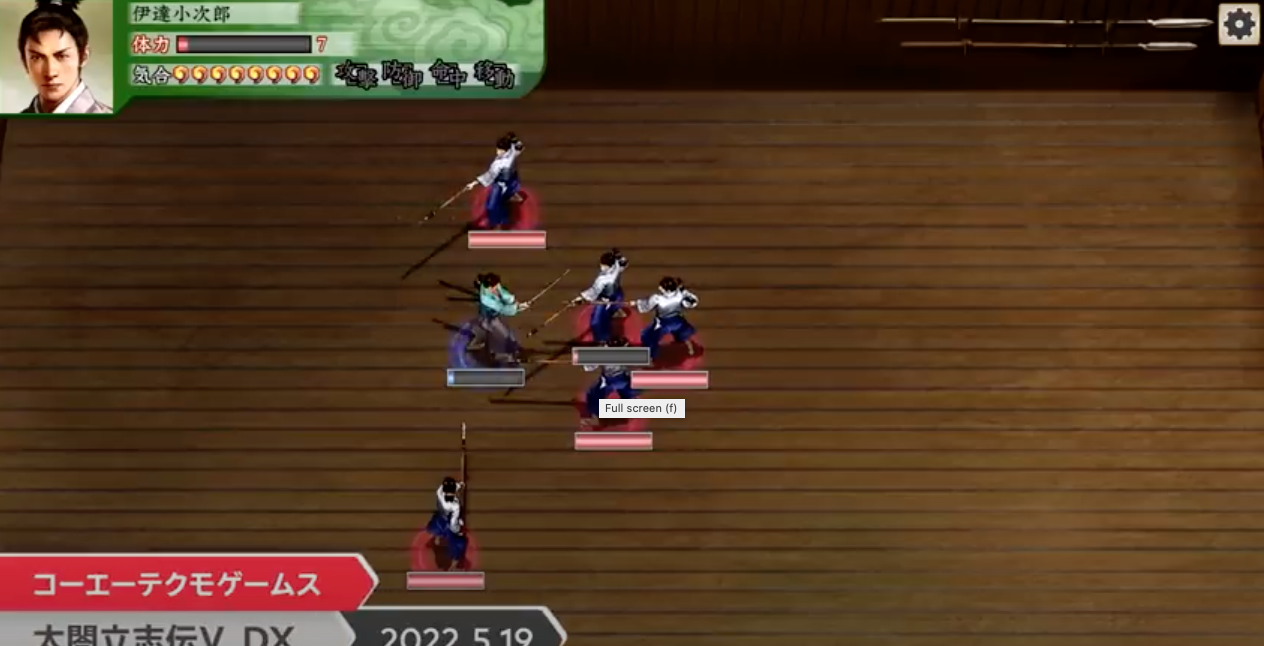 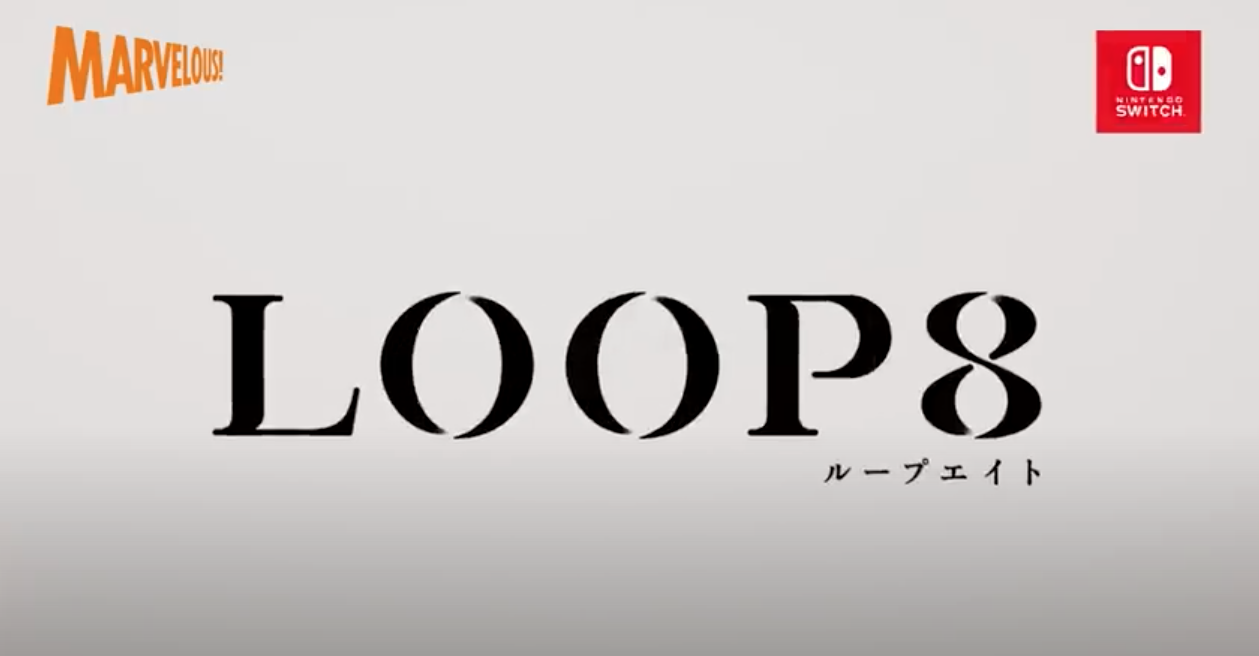 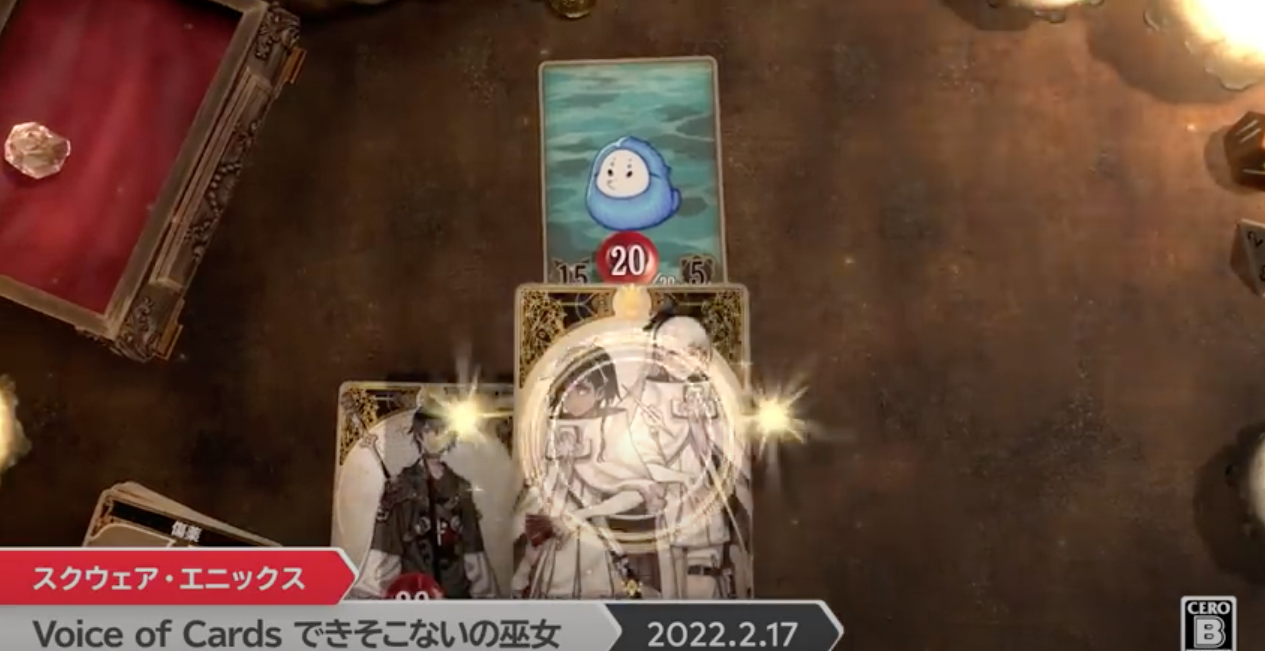 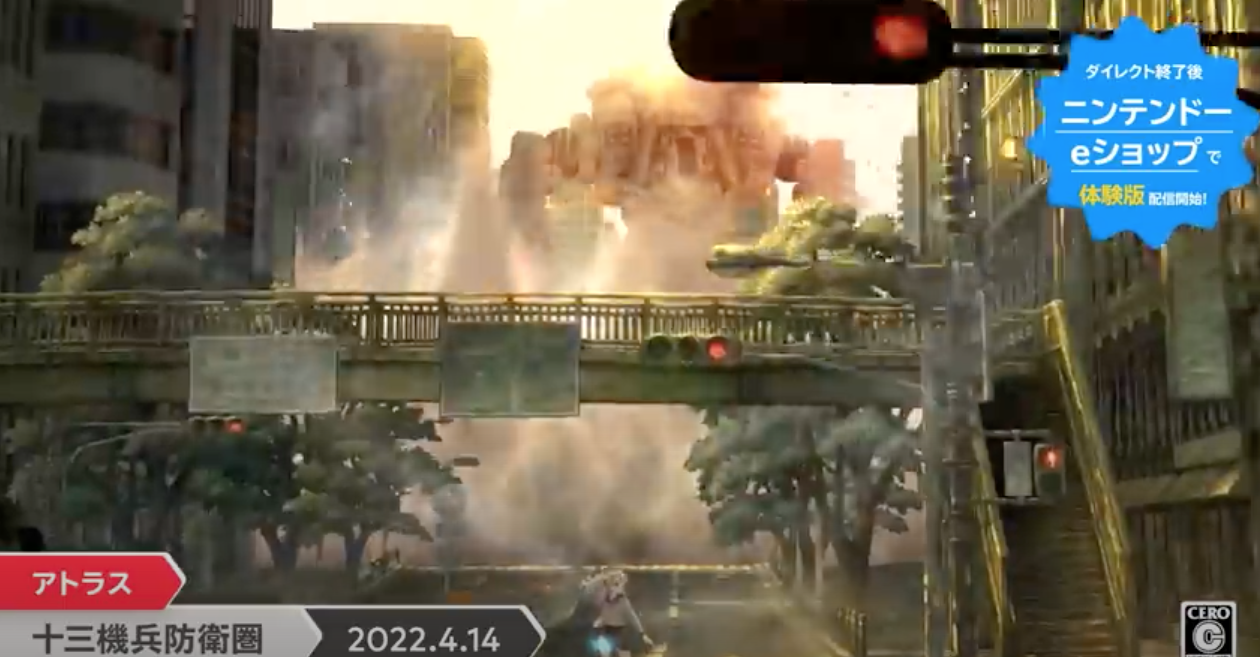 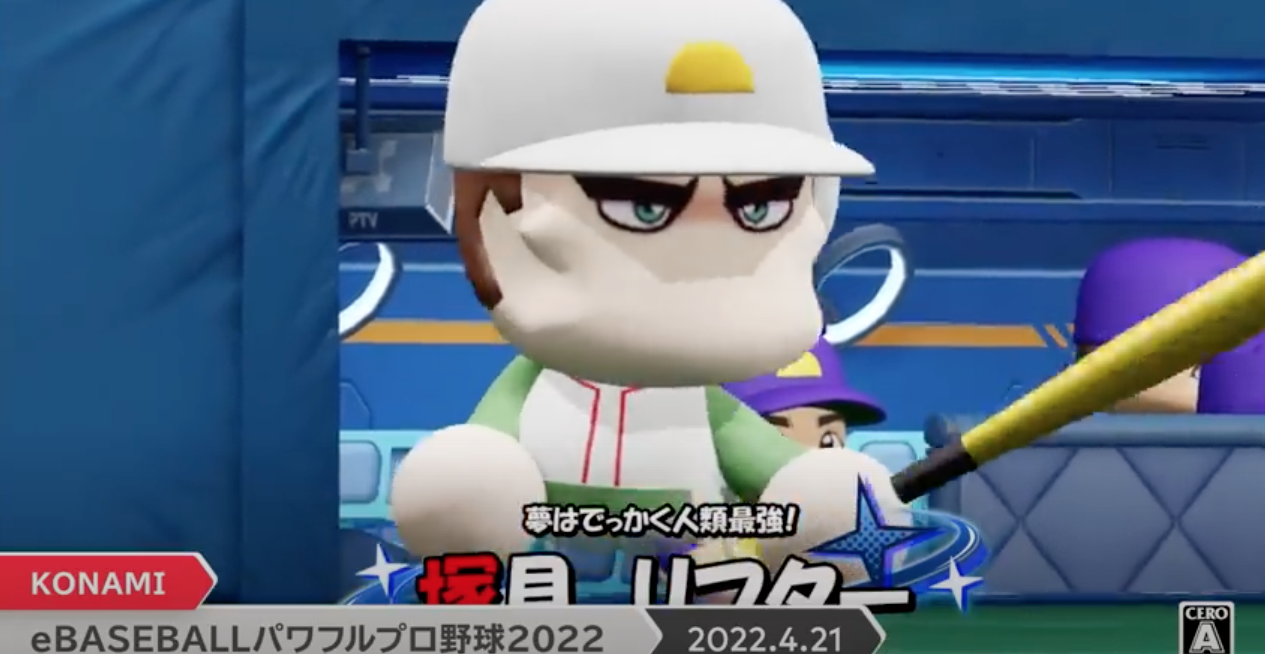 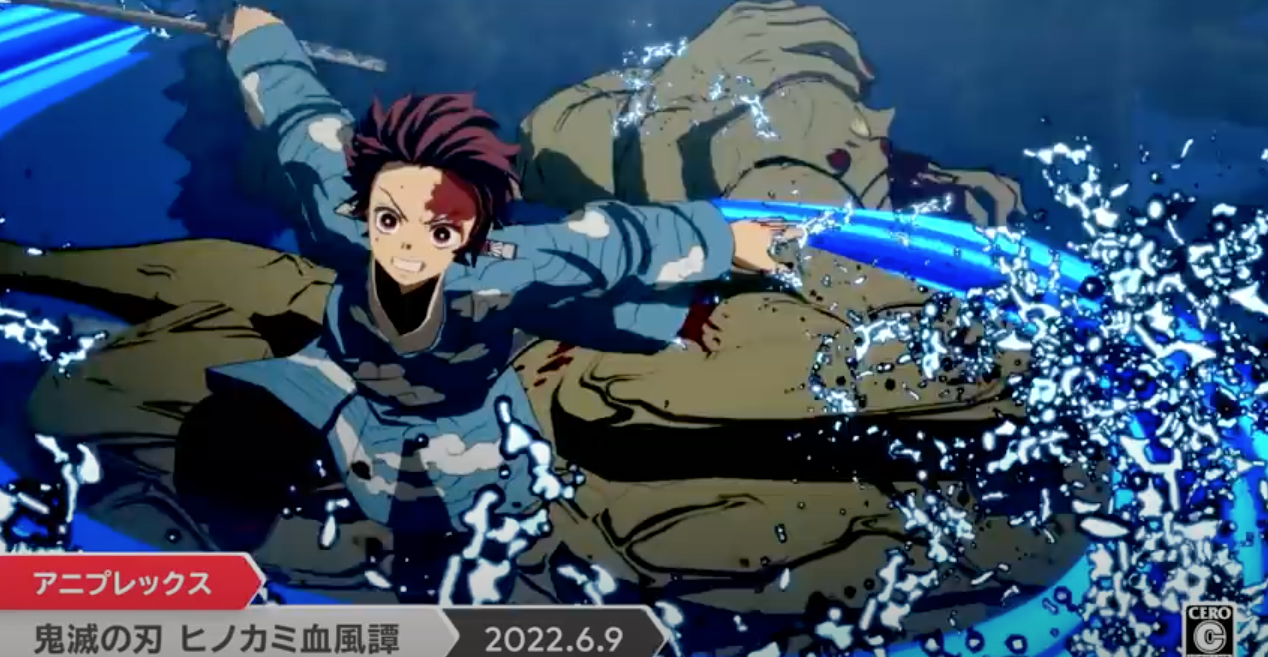 Easily the best Nintendo Direct in the last two years.

I'm super excited for Kirby and Advance Wars in the near future. I hope you can upload maps you make online in Advance Wars.

Splatoon 3 is looking like the best one yet. That'll hold down the fort in summer.

I'll definitely be picking up the Klonoa collection. It interested me on Wii, but I never got around to picking it up.

Mario Strikers continues to be the most exciting Mario sports franchise.

Chrono Cross finally coming to a Nintendo system is cool, but it looks rough.

Not sold on Switch Sports, but I'll try it out during the online trial period.

Mario Kart 8 Deluxe is the second best selling Nintendo first party game of all time and 2021 is the first year that sales dipped from the previous year. It's strategic timing.

judging from the looks of the story, you're likely to get the most out of it by playing the first 2 since it ties into them, really intriguing approach
B

Dang, people really be expecting E3 levels of news here. They have to save some of the bigger holiday names for later this year.
You must log in or register to reply here.