A Link Between Worlds So Now That You Got Your Copy...thoughts, Suggestions, Ideas, Secrets...gameplay Time

So today is the day and I got my copy here right now and am actually playing it. My first impressions were like familiar music! Familiar names! Yes I am just in the very first part of course but my first impression is great so far. So now what about you? What do you think of it so far? Have you discovered any hidden secrets yet?

I'm in Lorule right now and am almost finished with my 3rd dungeon. So far I absolutely love the game. Was a little bit skeptical about item renting but I love it now and how it's expanded on in future titles. Be able to explore as much as I have been has been wonderful. Difficulty seems alright right now. It's not the hardest game in the world but boss fights have been tripping me up a bit. I'm having a lot of fun playing this game and its easily becoming one of my favorites.

I'm really enjoying it! Or I was till a ZeldaInformer post ruined the plot for me.

I am having a great time! This game is what I've always wanted, Old school gameplay, with newschool features and graphics. its the perfect blend of Zelda to me, and Im really glad i decided to give myself a late birthday present to myself, Im happy with the 3DS itself and cant wait to play some other games as well. The quality of the 3D effect is WAY better than i ever expected it too be.

Back to Zelda, I just got the master sword, not in Lorule yet, storming the castle at the moment, too a pause when i seen this thread pop up in the box, it will be fun to come back and update this as i go. I feel like i have found some secrets but i dont know how many in the grand scheme of things. Considering i was just playing ALttP earlier this week, its somewhat odd how similar the Hyrule map is to the old one so far, but the differences are boldly there, its odd to see a different take on a world that i know so well. The height of nostalgia i am at right now is ridiculous, and i love it!

I dont know i will have to come back when I have had a chance to run around in the Dark World.

ALBW is an amazing game, I've already beaten it (sorry ZD ;p), am on Hero Mode atm. And boy, the game is tough if you do a 3HC, no red mail, no Golden Sword, rental only playthrough!

I love the minigames, and that Treacherous Tower-something or other is absolutely awesome. Try it out if you dare!

I love it so far. I didn't get to Lorule yet as of the writing of this post.

I've been playing since about 6 last night, haha. My blog explains where I am, but I'm enjoying it so much right now. It's everything I expected and 10x more!!

Only just beaten the game and I'm starting to play Hero Mode very soon. Overall I was impressed with this game. It really defines what Zelda is supposed to be and has excelled in it's typical conventions.A shame about the overall length of the game though, I was really hoping for more in terms of the main quest, but I guess that's a good thing that I want more Zelda.

Nintendo's really did a good job on this game, pretty much nailed it. I know they can keep up the good work for future titles and I hope they can transfer these conventions into a 3D Zelda title AKA Zelda Wii U.
H

I'm only in the first half of the game, but so far, I'm enjoying it. It's nice to see the familiarity from ALTTP in this game again. Brings me all the way back to the SNES days when my brother played ALTTP back when he was into Zelda. XD

just reached the dark palace in my new playthrough, but I died and lost all progress

oh well. THREE HEART NO UPGRADES RENTAL ONLY NO SHIELD <3

I'm only near the end of the Hall of Gales, but boy do I love this game. I've just been running around Hyrule exploring for most of the time I've had the game. As soon as I heard the Introduction noise of the Triforce on the title screen, I thought to my self, "*meep*." The cucco avoiding minigame is so fun... The music is incredible... The only thing I don't like very much about this game are the people of Hyrule(and probably Lorule, when I get there).

A lot of the characters just seem like they could have so much potential, but, as far as I've made it, use that potential as great characters. For example, the witch Irene seems like she could be an interesting character if her story were explored. Other than what she tells you and what you hear from the Rumor Man in the Lost Woods, she's not very defined. Another character like this is the Bee Guy(I don't remember his real name...). Why does he like bees so much? Why is he wearing a bee suit? Are the people afraid that he is going to kidnap them in the night and take them to his mighty bee overlords from Super Mario Galaxy? These questions would be nice to answer. I would say Ravio is another example, but he seems important-ish so I'm going to say I just haven't gotten far enough to find out what his deal is.

I think the puzzles in this game are incredible. They're probably some of the best(if not the best) the series has seen. The treasure hunters' little dungeons are so well thought out and the main dungeon puzzles are okay, too. Buy this game, or else you will 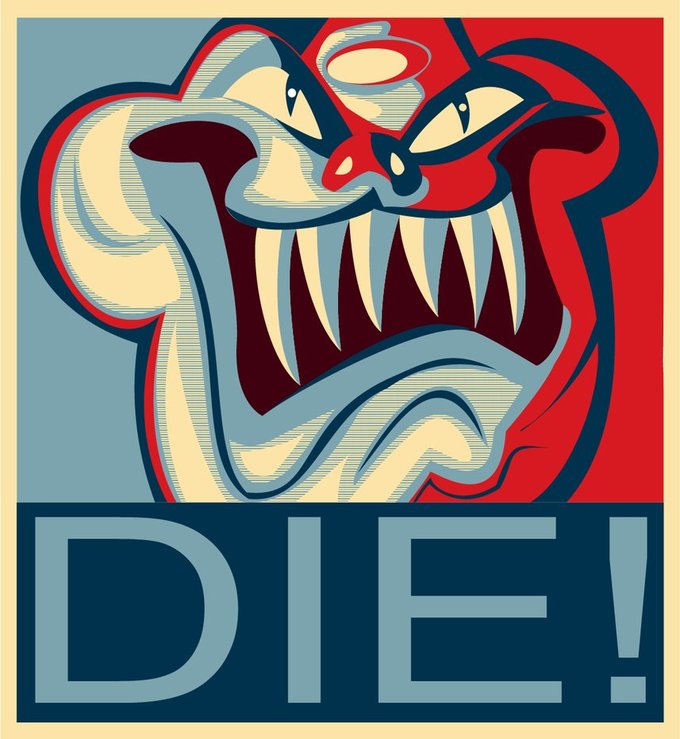 I beat the game last night, and I thought that it was nearly perfect, even if it felt a little too short. I loved every dungeon except for the damned Ice Ruins. Oh my god, I was stuck for WAY too long there. My favorite dungeon was probably either the Swamp Palace, Desert Palace, or Turtle Rock. Other than that, I felt like the puzzles were really cool and creative, the difficulty was perfect, the art direction is amazing, and the music is fantastic. The story, while simple, was still really good, especially the ending, in my opinion.

Just finished it 100% and I have to say, I'm very impressed.

I'd say that A Link Between Worlds is the best Zelda since Twilight Princess, certainly the first one in seven years that hasn't been disappointing in any way. The game is simply beautiful, the music is astounding, the secrets and puzzles are enough to make you think but not too much to get you stuck, there are a lot of things to find and collect, the mini-games are genuinely some of my favourite from the whole series, the wall merging power is used well and used often, and the ending is just pitch perfect.

There are a couple of areas I feel the game could have done better in but they aren't really things I would change. For example, the dungeons are fairly short; however, this can be overlooked because of how well designed they are and how interesting they are, too. The Dark Palace was incredible and dungeons like the Ice Ruins, Desert Palace, and Swamp Palace all had really interesting ideas as well.

Having all of the major items available from the beginning meant that there was less to look forward to when opening chests in dungeons and, since I rented them all immediately and never died, meant I had an easy time of it, combat-wise, until enemies appeared that could match up to a fully equipped Link. Again though, this meant that the dungeons could be tackled in any order at all, something that has sore been missed from the franchise. On top of that, it's balanced out a bit by how traversing the overworld and finding secrets is limited in other ways, for example the giant boulders which require the Titan's Mitt. So the upside outweighs the downside while giving this game a bit of uniqueness as well.

Overall I'd give the game a solid 9/10. It's the best Zelda for the better part of a decade and I'm excited to see where Nintendo go next.

So far, it's looking to be the best game since Majora's Mask (amusingly enough, a title previously owned by Skyward Sword), as well as better than A Link to the Past in nearly every way conceivable. Economy is a step down from SS, but it's not offensive by any means. Pacing is borderline flawless, and there have been very few moments that stood out as poorly-designed. 60fps is also a god-send.

MM will probably still be a better game overall, since it has a much better story in tandem with its excellent gameplay, but I think I can safely say, even without beating the game (yet), that this is the best handheld entry into the franchise. Move over, The Minish Cap. You've been replaced.

JuicieJ said:
Move over, The Minish Cap. You've been replaced.
Click to expand...

I definitely agree with this sentiment - however I feel that TMC had already been outpaced by the likes of ALttP's GBA port and the Oracles. ;p
You must log in or register to reply here.