Releases You're Looking Forward To

the8thark said:
Actually I don't like the Empires games that much because there's no historical structure to them. But I know enough people who really like them. DW8 has the ambition mode which is similar though I've not tried it yet as I'm still going through the factions stories. I've done Wei and Wu and I'm doing Shu now. I want to get that, then Jin, other and Lu Bu done one day too. If the standard DW8 (compele Xtreme) version was localised on the Switch, I'd have gotten it there, but sadly it's not.

I have to say I like most of the new character designs. They look great. The downside is not every character will have a unique favoured weapon like in DW8. A lot of people are not liking this. Sharing favoured weapons is not something the fans like at all.

I am sure you know there is no more individual missions or maps anymore in DW9. Do you like this change?
Click to expand...

That's a fair point, especially since the Empires games are more of a "choose your own adventure" sort of thing as opposed to experiencing the story itself. It's definitely more of a supplement to the main game,and I still own DW8 on the 360 (even though my discs can't be read these days). This being said, I can't enjoy the new characters of the Xtreme Legends expansion without Empires like Yu Jin and such.

My cousin and I were discussing the weapon sharing after it was revealed that Xiahou Yuan now has Taishi Ci's twin rods. It just seemed awkward. I personally have mixed feeling about it, leaning more to not liking it; but at the same time, I do like that some characters have more grounded weapons a la Ma Dai and Xiahou Ba. And as far as the designs go, I agree with you (although it's funny that Jia Xu has had virtually no changes since his debut in 7, but then again, it's not like Cao Cao has had major changes to his design either).

I do like the open world change for DW9 at first glance, but I suppose it will remain to be seen in how it's implemented. Given the huge change in approach, I agree with what you said about suggesting players hold onto their copies of 8 in case they want that traditional experience.

But what does it all meaaaaaan?

You are your own destiny

Star Wars: The Last Jedi- Please be good, pleeease, be good... I sorta liked The Force Awakens, but Rey got her powers and mastered them waaay too quickly (even to the point of beating an experienced Force user!) so I'm hoping TLJ tones that down a bit.

The Greatest Showman- This looks like something fun to see in December, I liked Ringling Bros and B &B stuff, so going to this might be a fun non-Star Wars movie outing this year.

Aku said:
Star Wars: The Last Jedi- Please be good, pleeease, be good... I sorta liked The Force Awakens, but Rey got her powers and mastered them waaay too quickly (even to the point of beating an experienced Force user!) so I'm hoping TLJ tones that down a bit
Click to expand... 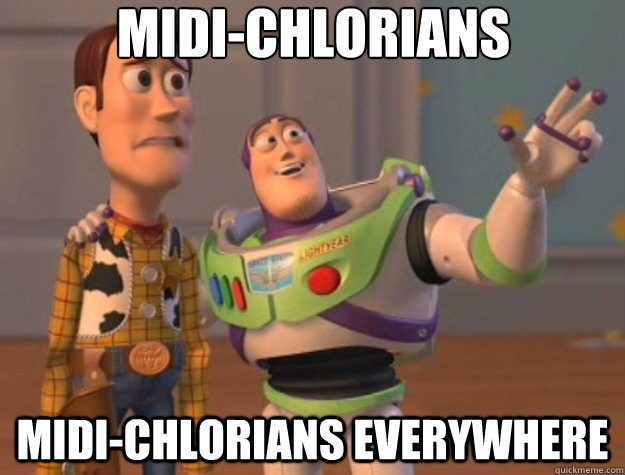 Bamco's stream on the 15th which will focus on a handful of Switch exclusives.

I can smell you

I know that this is just a rumor so far, but I am WAITING for at least an announcement of Devil May Cry 5. Leaks have been spreading, just rumors but these are true then I won't hesitate to buy myself a new console before the game's release.

Found another one today:
Jurassic World: The Fallen Kingdom. It's going to come out June 2018, and so far it looks promising. Hopefully they change up the formula though, the last 4 movies were set in a jungle, had morons let loose the dinosaurs, and then had final boss meat-eater come save the day. Director says it will be reminiscent of a Spanish horror film, whatever that means.

Not that I trust anything GI prints, but their preview of MHW did make it sound pretty sweet. Too bad the Switch isn't getting any love from MH this time and at best we might expect another cruddy port. I had my doubts about MHW at first from what I heard it sounded like they were dumbing it down to turn it into yet another vapid OPHIN WHARRRLD ARR-PEE-GEE!!!11!

As far as I'm concerned the jury's still out on that, but I'll be keeping a watch on this one nonetheless.