Rate The Last TV Series That You Watched

Just finished Schmigadoon which I think was an amazing season despite only being 6 episodes long. I truly love the way they parody the stereotypes of the golden age musical both lyrically, plot pacing and character archetypes whilst at the same time managing to subvert those same expectations.

hrozorro said:
Wintesses and Horror in the High Desert 7\10. Its new horror stories. I am fan of horror novels you know. Horror in the High Desert speaks about an experienced outdoor enthusiast vanished in Northern Nevada while on an outdoor excursion. After an extensive search, he was never located. Movie with interesting storyline and actors. Both movies I wathced without problems. +poster 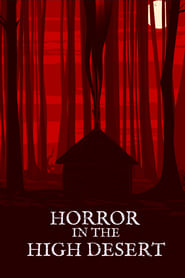 Think this is a bot lol?

ahh Luke Westaway was raving about that then did a minecraft quiz with Ellen....

Dizzi said:
ahh Luke Westaway was raving about that then did a minecraft quiz with Ellen....
Click to expand...

Ahhh.... Ellen Degenerate. On camera she is a very nice person, a successful comedian, a great host. Off camera however, I wouldn't want to work with her.

RamboBambiBambo said:
Ahhh.... Ellen Degenerate. On camera she is a very nice person, a successful comedian, a great host. Off camera however, I wouldn't want to work with her.
Click to expand...

Finished the first season of Yellowjackets tonight. 10/10. Definitely my kind of show. Glad that we got Showtime streaming to watch the new series of Dexter and I happened to see this series and give it a try. Lots of mystery, thrills, and supernaturaly horror. Can't wait til the next season comes out.

I enjoyed the Tom Cruise movies that came before however a major issue was Tom did not look like the character of Jack Reacher. One of the defining traits about the character is his waffle iron sized hands, towering height and large muscular build. This was impossible for Tom Cruise to bring to the screen. So I was pleased to see that the series would feature a larger actor in the role who could provide the intimidation factor of his book counterpart.

I greatly enjoyed the series. Having read the book I knew that the story itself was going to be good. I believe it was well cast with both the main and supporting characters. It was faithful to the source material whilst even improving on certain characters which even the author has said.

I have finally finished binging all the Star Wars TV series I wanted to see now. I have watched The Clone Wars, The Bad Batch, Rebels, The Mandalorian, The Book of Boba Fett, and Visions. Took me two months to get through it all. Aside from rating them, I feel like ranking them compared to each other. This is probably the best thread to do that rather than making a blog or something about it.

I'm not going to bother ranking Visions compared to them since its a collection of anthologies and that would require ranking all 9 of them individually. I will say that episodes 3, 4, 5, and 8 were peak. 3 was my personal fave just because it felt like Studio Trigger had an absolute blast making it, moreso compared to the rest.

The Clone Wars 8/10 - The beginning of the Clone Wars was a little hard to sit through, but the payoff was so worth it later. The final four episodes became one of my absolute favorite storylines in the franchise and seasons 4-7 basically redeem the prequels as a whole. Ahsoka Tano is a fantastic character and she made that series really shine for me. She's my favorite character in the franchise now. The slog of the first three seasons was well-rewarded.

The Bad Batch 6/10 - The Bad Batch was short but it had some interesting stuff. It follows characters introduced in the Clone Wars and covered the immediate aftermath of Order 66 and the founding of the Empire, which was pretty neat. I'd watch a second season if they make one.

Rebels 3/10 - Rebels was mostly painful to watch. It felt like they tried to replicate what made Clone Wars good without understanding why it was good. Ezra was unbearable as a protagonist at times. Season 4 being a consistent storyline with real stakes was the highlight, as was the season 2 finale. Ahsoka's involvement kept me going through it.

The Mandalorian 7/10 - The Mandalorian was pretty good. I'm glad I watched the rest before watching this since all of these series ended up being so interconnected. I wasn't too crazy about Mando as a protagonist at first, but he turned out better once el babito entered the scene. The second season was pretty great stuff. Was kinda cool to see how the galaxy is faring after the Empire fell.

The Book of Boba Fett 4/10 - The Book of Boba Fett was a slog. The first four episodes were painfully bad. Boba is not the same character he used to be and the excuse as to why was pretty lame. A ridiculous amount of the run time was set to unnecessary backstory exposition. We didn't need a 50 minute origin story for the pointy stick he used to beat up stormtroopers when he appeared in Mando. The last three episodes were good literally only because they brought the Mandalorian back in to carry the show's dying carcass to safety. They are the reason why it's still rated slightly above the first three seasons of Clone Wars and Rebels.

Very much looking forward to the Ahsoka series in the future, as well as seeing how Kenobi turns out.

Me and my family have been watching a lot of Doctor Who. 9/10
We have also been watching Spy x Family. 10/10
You must log in or register to reply here.