Rate the Last Movie That You Watched

yep crazy grandma was poisoning it with rat poison

Scary Stories to tell in the Dark-6/10 Not bad. Not scary or even remotely chilling, but it was a decent enough adaptation and the original stories weren't even scary anyway. Lots of little Easter eggs for book fans.

I was very surprised by this movie. Much better than the TV anime. There is a lot more emotional weight to this version of SAO's beginning from Asuna's perspective.

Not cut out for this

A holiday classic, but this year I found it extra funny, so I'm in a good mood.

Amazing satire, and a very real one tbh, with the way corporations have a grip on politics.

All actors do their parts incredibly convincing, from the Trumpesque acting of Meryl Streep, to the amazing DiCaprio's Dr. Mindy

The satire based commentary it is providing on the modern political climate resonated with me well, it didn't seem to stretch all too far from reality.

I did feel as though it lasted a little longer than it could have though, a bit shorter and more to the point wouldn't have hurt in my opinion.

Encanto
pretty solid, thought the stakes would be a little higher than they turned out but I enjoyed it either way, the first song is probably my favorite followed by the one in the middle where Mirabel makes up w/ her sister, and the Bruno song
Last edited: Dec 28, 2021

Farore's Chosen said:
Scary Stories to tell in the Dark-6/10 Not bad. Not scary or even remotely chilling, but it was a decent enough adaptation and the original stories weren't even scary anyway. Lots of little Easter eggs for book fans.
Click to expand...

The stories were never the scary part. 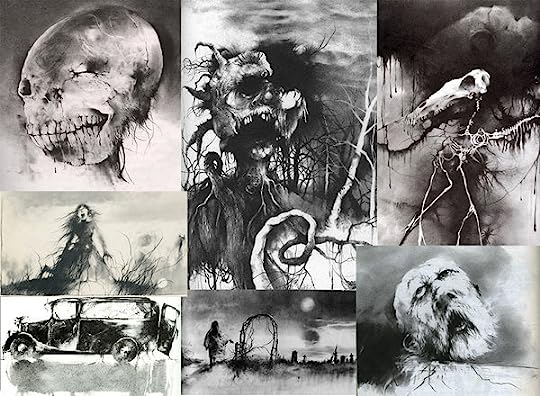 A holiday classic, but this year I found it extra funny, so I'm in a good mood.
Click to expand...

OMG, I love that movie I especially I loved the opening scene where Papa Elf (Bob Newhart) explains why elves were hired by Santa Claus in the first place.

Stitch said:
The stories were never the scary part.

Trust me, I know.

Spiderman: No Way Home. It sure is a movie. Before I get into my dissection, I'd like to be upfront and say my rating is 9/10.


Yesterday, I saw Far From Home and enjoyed it. It was great. And I'm glad I did, because No Way Home is a great sequel. But, tragically, this is undoubtedly the last MCU Spiderman, and to ensure all loose ends are tied up, Doctor Strange erases all knowledge of Spiderman's true identity. There was no other way this could've been handled, and I applaud the writers for pulling it all together so well. With that said, it does kinda devalue everything else from this series. I mean, the character Ned was the best thing that's ever come out of Spiderman since Spiderman 3, the magnum opus of the franchise. Now he's permanently removed from the Spiderman mythos, and we're just never going to see him again. It's not like there were going to be any other films from the MCU timeline, but still, it feels a little cheap to, well, snap them all away like this. But it's fine, I mean, what else were they gonna do? It was handled quite tastefully and it would be worse to just have Strange be like "Lol, nevermind, I used the Time Stone as a suppository on accident, here, lemme just go back in time and make everything good and peachy!" Stopping people from clamoring for a Doctor Leeds is in the best interest of those involved in production, and so a definitive end is an incredibly respectable decision.

This doubles as praise for Far From Home's midcredits scene, but J.K. Simmons as J. Jonah Jameson as Alex Jones was absolutely wonderful.

Obviously, the selling point of this film was the crossover aspect. There were no missed opportunities, forget Infinity War and Endgame, this is the greatest Marvel crossover of all time, and there's no way anything can surpass it. All three Spidermen united to not kill, but rather heal their enemies, it was absolutely wonderful. I seriously can't contain my pleasure with how this was handled. Where do I even begin? Obviously, the highlight is Maguire and Garfield's returns, and that was absolutely perfect. You know what? If you're reading this without seeing the film, first of all, what's wrong with you, don't go looking for spoilers, but also, go see this movie right now. Actually, do what I did and see the previous film first, a little extra context goes a long way.

Overall excellent. I highly recommend this picture. With that in mind, it was certainly restrained by the circumstances of its existence. Not better than Spiderman 3, but nothing is. Stan Ned. 9/10.

Fiend Without a Face It was boring, mediocre and hokey. B movies are usually interesting and/or unintentionally funny. Bleh.

Death Rider in the House of Vampires-I went into it with very low expectations after what was said about his first film. And while I can't say that I was pleasantly surprised, it honestly wasn't bad. It also wasn't the greatest thing I've ever seen either.

I'm not a fan of vampire or western films, and there were plenty of cliches from both genres.

The acting was a little cringey and flat at times, but not so bad that I wanted to die of embarrassment or boredom.

The plot kinda meandered a bit. I did like that it looked as though I were watching it on an older glass tv, with the muted colors.

Glen Danzig was certainly having fun with it, he probably brought more energy to the screen then anyone else. Also, Mina and Carmilla were annoying as hell.

I liked his opening song, because Danzig is Danzig and he has a great voice. Could have been better, could have been worse. And it's definitely a one and done. 5/10
Last edited: Jan 13, 2022

Last film I watched was “Planes, Trains, and Automobiles”, was mostly funny, though it got a bit predictable at times.


I also think it was a bit forced when Del revealed his wife died 8 years ago and he’s homeless. It would’ve made more sense if his wife had recently kicked him out or something.
Overall, a good and funny film, even if it had some flaws - 7/10
You must log in or register to reply here.