Rate the Last Game That You Played

"Monster: A word used to discriminate the unknown"

mαrkαsscoρ said:
FireRed and LeafGreen exist, there's no reason to play the originals
Click to expand...

I don't have a Gameboy Advance.

I am being very generous with this rating, only because I didn't grind as much as I should have. Overall it's a decent game, but if you're just starting out playing Pokémon, whatever you do, don't start with this game.
Click to expand...

I still think the gen one games and their remakes are better than most gens. They're clean and concise and don't take the piss.

Maybe you're too young.

"Monster: A word used to discriminate the unknown"

I still think the gen one games and their remakes are better than most gens. They're clean and concise and don't take the piss.

4 of those points were for the glitches, the last point was for the grinding.

I'm usually not that big on criticizing glitches, but when they're as obvious as this game, it makes it hard to look at.
Last edited: Nov 4, 2019

The Outer Worlds - 9/10
Pretty amazing, dense game, if a bit shorter than its contemporaries. The writing is pretty great, and there's a lot of neat little details all throughout the world, though I still hold my opinion that Fallout New Vegas has slightly better visual storytelling. The great variety in dialogue options and potential solutions for every quest makes for some great roleplaying opportunities, and it gives the game a ton of replay value.

I played through on a Speech/Persuasion focused build, with some decent sneak/handguns, and had a great time sneaking around and talking my way out of tricky situations. I'm not sure if this is a common thing among other players, but I had a really tough time against robot enemies, and it made a bunch of quests tense, if a bit annoying when I found myself vaporized nearly instantly after being spotted.

Luigi's mansion 3. A 9/10. It's a super fun game with a lot of content and things to explore. The only things I dislike is not being able to skip some cutscenes. Like when you have to fight a boss. Also the loading time can take a while.
When you're dead and you're using a golden bone to revive. It takes a bit long before you can continue. They should have made you being able to skip that part

Campaign 9/10. Engaging, fun missions, incredible graphics, my only complaint is that the story is pretty short.

Multiplayer 7.5/10. Lack of maps, and current map quality encourages camping. IW has done a good job at patching complaints. IMO online experience largely depends on if you play with friends or not. Despite the game being frustrating, my friends make it a joy to play.

I havent finished either of these yet, so it's early days and they're both very different but...

The Witcher 3
Finished this earlier today. I want to get my biggest criticisms out of the way first.


Roach is the most useless piece of **** I've ever been burdened with in a game. Always appears miles behind me, sometimes on the other side of walls she can't navigate around. Always stops galloping for absolutely no reason so I can never get into a flow of movement. Always wanders off from me any time I hop down to pick something up or look at something. She also glitches pretty bad. She'd go down any incline on her arse and spent a good portion of the latter part of the game either stuck inside doors or half sunken into the floor. I had to get a mod that made her marginally more bearable. Worst horse, use for glue 0/10.

Boats, or Floating Roaches as I think of them. I had numerous boats sink because they collided with corpses on the water's surface. Half the time on boats you get attacked by sirens, which are difficult to fight from the boat and tear it apart if you try to outpace them. It's easier to deal with them from the water but good luck getting out of the boat once combat has started and your jump key becomes roll. Skellige was a never-ending period of torture any time I had to go off land, and considering it's a Viking-themed archipelago that tends to happen a lot. **** boats.

Glitches. This game is buggy as ****. I played the most up-to-date version of the GOTY edition and the game feels like it's held together with tape and a prayer. I will say that all but a few of the glitches I encountered were minor things, such as NPCs spinning around, rain effects not appearing when it was raining, characters being wet during cut-scenes even when indoors while it was raining, vendors not appearing in their shops until I went around the corner and came back, or quest related people not talking to me until I had meditated for an hour, but the sheer volume of them is something I've literally only seen in a Bethesda game. Loose items on characters' necks or belts would never stop flapping wildly. Objects would float in strange places. NPCs would wander into frame and stand in front of the camera during cutscenes. This game is so unbelievably unpolished, just like The Witcher 2, just like The Witcher 1. Honestly, I'm still interested in Cyberpunk 2077 but the Witcher 3 has convinced me to brace for a glitchfest. CDProjekt Red need to invest in better QA. They badly need it.

There are a few more notable glitches. During one horserace I was spawned under the ground and as soon as the race began it ended with me 'having lost'. I fell victim to a common glitch that prevented my Witcher 2 save from being transferred properly. This meant I had no access to certain quests and even characters I should have, which I can't rightly call 'minor'. And one of the bosses at the game's climax glitched so that he just stood there and didn't move while I killed him. Very exciting. Given the amount of adoring praise this game has received since release I was honestly expecting something more polished, but I see why some call it The Glitcher 3.
Despite all of this, I loved it. Simply loved it. The world is so rich and beautiful and interesting. It's filled lots to do and none of it feels like filler, a tricky thing to get right. Combat is fun, visceral, and satisfying, and the different enemies and monsters do need to be engaged in different ways, which keeps things engaging. Quests are often very interesting or imaginative, even the ones not based around simply killing things, again, something few games manage. The stories the game tells are excellent and moving, and the characters are some of the best realised in any game I've ever played. Triss, Yen, Ciri, Dandelion, Zoltan, God what I would not do for Zoltan Chivay. Each is performed superbly, each has such a distinct personality and interesting story. I particularly love that the game devotes time to just hanging out with most of the central cast. Drinking with Lambert and Eskel is one of the game's highlights, and accompanying Ciri as she simply thanks the people who helped her out earlier in the story gives time to genuinely get to know them as people without such scenes feeling like filler or or some box being ticked off a checklist. This is up there with the likes of Bloodlines or Arcanum for me in terms of writing. There is only one narrative event that happened which I have issues with, but this isn't the place for it.

This is all why the issues I have with the game occupy my mind so much. So much of The Witcher 3 is of the highest quality that when things go wrong it stands out all the more. The horse, the boats, the endless ****ing glitches, all of them are stumbles in what would be an otherwise smooth and pleasant stroll, so they stick out as sore points. But they don't stop the game being an (almost) utter delight pretty much from the get go.

I have the Hearts of Stone and Blood and Wine expansions and can't wait to get stuck into them. Would recommend/10

You are your own destiny

Cfrock said:
Roach is the most useless piece of ****
Click to expand...

Literally running around is always preferable to riding that frigging horse

And yeah, boats are tedious af. Fortunately you rarely have to deal with them unless you really want to torture yourself with Skelliger's asinine loot cache collect-a-thon.

It's weird though. Everyone gripes about W3's glitches. Wut glitches? I know experiences with glitches will vary, but I've rarely encountered a glitch in all my countless hours playing W3 and its expansions. I think the only recurring one is that one weapons merchant at the main castle in Skelliger who won't talk to me. And that can always be fixed by simply reloading in front of him.

The Witcher 3 - Hearts of Stone

It has a beautiful goth gf 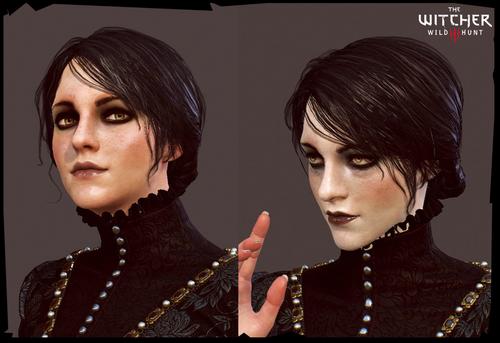 Would hold hands and summon spirits with/10