The Wind Waker Played Through Wind Waker HD, It Was Great. But Skyward Sword is Better!

Wind Waker was the only major 3D Zelda I was not able to play through. Not because it was too difficult or boring. It was a time, I was not interested in Zelda that much. It was still the Importance of Ocarina of Time, made it hard for me to go through another Adventure. It was the release of Twilight Princes that made my return to the Series as a Fan.

In the past, I've sold my GameCube including Wind Waker. A few years ago, I've bought a used copy of The Wind Waker (got the GameCube equipment for my Wii) but I still did not managed it to play through the whole game.

So, enough Chitchat of the Past, I've bought Wind Waker HD, and played through the complete game. It is a Zelda with the Focus on exploration. I like that part. The Great See is an awesome "Open World Like" aspect and it was fun to sail through the various islands. I enjoyed it even more compared to the Dungeons. The few Dungeons in the Game, especially the last 2 Dungeons with Medli and Makar, were frustrating. I simply don't like the Design. Boss Fights were quite fun.

Overall, it still was a great Voyage. I like the Artstyle, the Soundtrack and the fight against Ganondorf at the Finale is one of the most epic in Zelda History (not when it comes to difficult, because it really wasn't a challenge). But I was missing something. I can't describe what it was, but I was overthinking my opinion about Skyward Sword. I mean, I liked Skyward Sword before may playthrough of Wind Waker HD, but I did not valued the Game that much as I did now.

I really can't tell you guys, why Skyward Sword was the better experience for me. But there is that little "Something" I can't explain. I really don't like the blurry Artstyle that much in Skyward Sword. But I think it is the atmosphere of Skyward Sword, the Story and the Dungeon Design that really impressed me (maybe even more as Twilight Princess).

It took me a playthrough of Wind Waker HD to realize that Skyward Sword was an awesome experience for me. With this opinion I may be pretty lonely here at Zelda Dungeon, but, did someone feel the same way? Anyway. Every comment is welcome

Location
The Hall of Darkness

I thought SS was great so your not the only one here who likes it, though I must say that you have invited chaos by saying SS was better than TWW.

Shadow Blade said:
I thought SS was great so your not the only one here who likes it, though I must say that you have invited chaos by saying SS was better than TWW.
Click to expand... 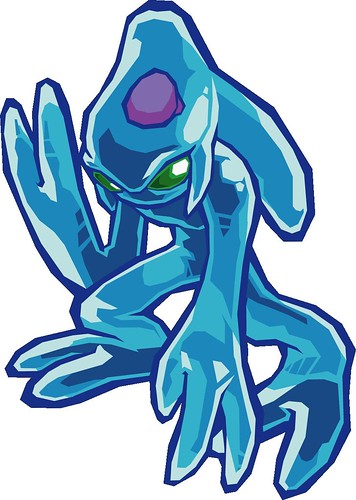 Did not get the joke from the start but after I've looked at the picture more closely, it really put a smile upon my face

Well, I hope, Shadow, the Chaos won't turn into an Apocalypse

Sorry to rain on your parade you unlucky monkey, but SS just so happens to be my least favorite Zelda game ever, but I do not hate it.

Absolutely no problem here. I told, I'm pretty alone with this statement

And it is for sure controverse. Because I like freedom in Games, and Skyward Sword is clearly the opposite^^

I think it really was the combination Wind Waker --> Skyward Sword. Or in my order: Skyward Sword --> Wind Waker. These were the last two major 3D Zeldas I've played. And I have to compare. Against Skyward Sword, Wind Waker was a smooth sail about 40 hours. While Skyward Sword was an hard adventure of over 60 hours (just speaking of me, I collect every Rupee^^). It was very satisfying finishing Skyward Sword.

See, I feel the same way as the OP. Now that I've played it, I think Wind Waker is great, but I still prefer Skyward Sword. It just rubbed me in all the right ways, I guess. (That sounded vaguely dirty, I'm aware...) I honestly get the same feeling playing SS that I do with Oot. It seemed to capture this... magic that I really liked. But it's not for everyone. *Shrugs*

I find that it's all a matter of personal preference, really.

As you can see from my signature, SS is my second favourite ever. I really don't get the hate.

the nostalgia for wind waker in me makes me wanna sound ghetto,BUT THINE SELF CONTROL SHALL PREVAIL
plus i was off guard by that chaos joke

Guys, no one said you're not allowed to love Zelda SS....

Sroa Link said:
Guys, no one said you're not allowed to love Zelda SS....
Click to expand...

I wish I still had the gif of that guy licking the case of Skyward Sword. It'd be perfect as a response to this. XD

JuicieJ said:
I wish I still had the gif of that guy licking the case of Skyward Sword. It'd be perfect as a response to this. XD

I honestly have no response to that besides "licking stuff is probably not a good idea."XD
Last edited: Nov 11, 2013

That hit the spot ;D

Overall game, Skyward Sword is probably better. As a game to the Zelda series, I'd say Wind Waker. SS is my second least favorite Zelda game (right behind AoL) but to each his own. I just prefer my Zelda games to be less path driven and more content packed which when you compare the two, WW fulfills those needs moreso.

I like SS, but FI holding your hand killed it and the motion control too. I gained muscle playing SS a lot but I do prefer standard controls in zelda games
You must log in or register to reply here.