A Link In Time said:
Only Switch games are listed in that screenshot. I think it's safe to say the 3DS games we know about are the last.
Click to expand...

The last big 3DS game is the west release of Persona Q2. Past that nothing worth mentioning for 3DS.

@Spirit
Most of that was in the rumour leak. I hope you are correct though

the8thark said:
@Spirit
Most of that was in the rumour leak. I hope you are correct though

Yeah, not the first time rumours have been exactly what I wanted. I'll be very happy if theyre all true, too many Direct have disappointed in the past, but it has been so long since the last one surely they have lots of good stuff to show.

I’m addition to what you said which would be very nice, is Mario Maker 2. I’d so play the heck out of that.

Great news! BotW in 3D.. take my money. But only way to use vr kit is handheld mode? Neck and shoulder pain guaranteed: 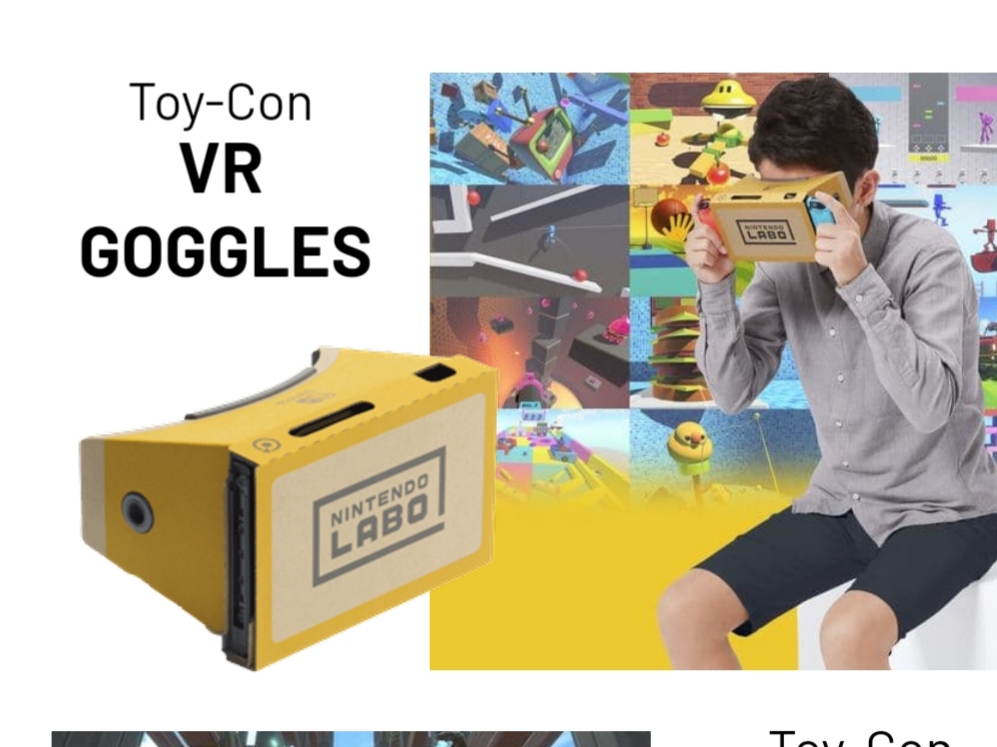 There should be a way that enables using pro controller. Head strap for instance. I don't think I could play in this position longer than half an hour.

I think we'll get a Direct this month but I figured it'd be later on in the month, Atlus have Persona 5S news and Smash has the 3.0 and Joker updates coming 'before the ens of April'.
Starlink is getting a big update in April and Cadence of Hyrule is coming 'in spring' which could be any time...

The only thing that makes sense to do it earlier is for Reggie leaving.

Spirit said:
The only thing that makes sense to do it earlier is for Reggie leaving.
Click to expand...

This is assuming Nintendo believe that is something Nintendo fans worldwide would care about. Do the European, UK, Japanese and Australian fans care about Reggie leaving?

the8thark said:
This is assuming Nintendo believe that is something Nintendo fans worldwide would care about. Do the European, UK, Japanese and Australian fans care about Reggie leaving?
Click to expand...

He is a pretty big cog and I'd assume all countries are familiar with him since he hosts E3 but him leaving is hardly gaming news, so I wouldn't expect it to be Direct-worthy.

Did they do a Direct goodbye for Iwata?

If they didn't do one for a guy who died, I doubt they'd do one for Reggie retiring.

Spirit said:
Did they do a Direct goodbye for Iwata?
Click to expand...

No. But they did put out a statement, had a time of mourning and had a shrine at the NY store people could put things at. Reggie was cool and did a good job for Nintendo in the USA. However he was just a regional head and he only retired. He was not the international CEO who died while in the top job. Also as much as Reggie was liked, Iwata was liked more. Even those who hate Nintendo and those who don't care about video games at all respected the man.

I fully expect a Direct this month, especially since we haven't seen any Joker gameplay, and he's releasing later this month. I think it'll be a smaller presentation with some updates on third party releases and some more info on Super Mario Maker 2.

Brothers: A Tale of Two Sons is coming to Switch on the 28th of May.

Get this game. It's really good, and unlike anything else.

Cfrock said:
Brothers: A Tale of Two Sons is coming to Switch on the 28th of May.
Click to expand...

Thanks. I've seen it on PS4 in the store. It looked alright to me (would have been amazing on the previous gen of consoles) but as you know looks can be deceiving. I'll be certainly adding it to my Switch Watch list.

Of recent I have bought a few less than perfect games, on sale mind you and I enjoyed them. Sure flawed but I have remembered we need to be less critical of games and remember that the most important thing is fun. Having it out on Switch is a big carrot I think as many people (myself included) prefer to buy games on Switch. For me the only series (that has multi plat games) I prefer on PS4 is Warriors games, simply because I don't think the Switch can play them well enough, the stock PS4 (I own the Slim) does have slow downs at times.

So in conclusion, thank you for this and it's certainly being added to my Switch wish list.
You must log in or register to reply here.