Ngl, I can tell from the early hours of playing Rise that things have been improved. Weapon feel is somewhat different, better if you ask me. The feedback from landing hits is much, much better that it was in the demo as well. Doesn't feel like you're just swiping at the monsters, but that you're actually doing meaningful damage.

I have yet to try online, but I've heard from some other MH players that that has been improved from the demo as well. Looking forward to it, definitely. It's been a joy to play so far. Great first impressions, not that I wasn't already impressed with the demo.

It's been like two weeks so I guess I should finally put the game down and say something about it, lol. So far, Rise has been incredibly good. There are a small handful of things holding it back, but just a small handful.

For starters, the gameplay is utterly amazing. Easily a match for GenU in how much fun it is. The silkbinds and switch skills more than make up for the lack of styles and arts. Leagues more fun than World ever was. The maps are really well-designed and fun, they're big but not excessively so, and there's a lot of stuff to find on them. It's really cool how they hid messages with lore in them around the maps. I found two thirds of them on my own. The Rampages are crazy fun and hectic. Solo, they're a lot to manage, but with other players, it's an incredibly fun experience. The music is also really phenomenal, new themes and old themes alike.

Some things that aren't so good would be cosmetic practices. You can't dye your armor until high rank, and you can't even use the color spectrum for dyeing until the end of high rank. Also, the only layered armor in the game at launch is paid. Very, very annoyed by that. I bought the deluxe version for the Kamurai layered set because I expected something dumb like this, and I'm annoyed that I was right. There are also a lot of paid cosmetics like hair styles and gestures, which is a practice that World unfortunately started and that Rise is unfortunately continuing. Also not happy that the starting hairstyles are almost 1:1 the same as World. That was really lame. Also, I'm not happy they brought World's weapon tree back. I never liked it.

This is more to do with the fact that it's an unfinished game, but there really isn't a lot of content. I already beat every low rank quest in the game, and it's only been two weeks. I finished every village quest on my third or fourth day with it. The number of quests and the number of monsters leaves something to be desired, but again, the game is still unfinished. The free title updates will hopefully remedy this in a satisfactory way, but it's still a pretty barren launch. It's hard to expect a game to have as much content as GenU did, but I still hope for more than this down the road.

Also, I do feel like they made the game way too easy. The village campaign was such a cakewalk, it surpassed World for easiest story. Thankfully, the hub quests are pretty satisfying in difficulty, feeling more like a proper MonHun game and not an extended tutorial. A lot of the quality of life is great, but it also kind of gets rid of a lot of the planning and preparation for hunts that made MonHun so fun. Like, there's no more temperature effects anymore. That's kinda lame. Permanent whetsones, I get that. Eating from camp? Yeah, forgetting to eat before departing did suck, but it was also part of the preparation. Storage from camp? That's directly going against the preparation design philosophy. At least, IMO. Sometimes QoL sacrifices part of the heart of the games for convenience, and new MonHun occasionally crosses that line. The good kind of QoL we really needed was stuff like the smithy wishlist and fast travel in the field, I am glad that's back.

For as much as I rambled about the smaller things, I really am having a grand old time with Rise. The new buddies are fantastic, the weapons are a ton of fun, combat and exploration is stylish and exciting, and the new monsters are all really darn cool to fight, especially the endgame elder dragons. Already at launch, Rise is much more fun than World ever was all through its lifetime. I'm having a whole mess of fun, and I hope the title updates really impress. I'm excited to see the end of the story.

I already beat it and starting to get bored of it. They changed way too much of what made Monster Hunter, Monster Hunter for me.
stuff like removing cold/hot drinks, being able to see every monster on the map at all times, which basically makes this monster fighter instead of hunter, and a lot more. World already casualized some of those aspects, but atleast they didn't outright remove it, and collecting tracks and stuff was a pretty good evolution of that gameplay mechanic. also not a fan of the wire bugs (in battle) and having to collect endemic life to just get rid of that white healthbar is also a stupid idea. Not to mention that the game is both the easiest MH to date, and also not even finished.

Still enjoyed it a lot though, all of the new monsters are fantastic save for the final boss maybe, and damn the maps are really great. Each of them is super fun to wander around it. I don't like the wirebug as a concept but I hope in the new MH they keep wallrunning and just being able to go everywhere. Maybe turn the claw into an hookshot or something.

I'll probably be going back to iceborne for my MH fix but I'll be back to check out every new content update. 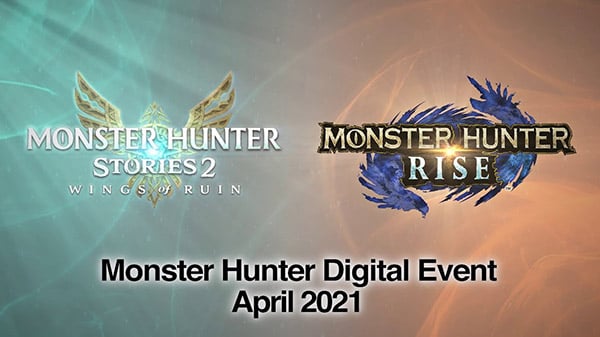 Very excited that layered armor is finally forgeable. My main concern is... that HR cap break better be retroactive. I'll be exceptionally angry if it isn't. I played the game a lot, I want the HR points I'm due for all those quests.

Next title update coming up soon! I wonder what this will bring. A lot of what we got last time is what I was expecting from this one... If we only go off the datamine, this will have half as much as the previous one. I wonder what else they could add?

So, pretty underwhelming title update. Less than we got last time after all. I thought they might pad it out with some interesting stuff, but they didn't. I am extremely hyped for Valstrax since he's one of my favorite monsters, but that's about it. Now we got the full roster and it still leaves something to be desired.

The roadmap is also kind of disappointing. No new monsters promised, Capcom-only collabs (likely because Nintendo doesn't want their stuff in the game for the PC release), and if the event quests are anything like they have been so far, they're gonna be totally boring. I was hoping the title updates would beef up Rise with more satisfying content, but it's not looking all that promising right now. I would love for the DLC and event quests to prove me wrong, though.

I'm hoping there is atleast another bazel like "surprise" in there. I'm just glad the story is finally over and we got the content we should have had tomorrow.
Tired of the apex monsters. they are basically the deviants in everything but name, gear, and maybe missing some gimmicks. Hope this is the last one until Master rank.

The thing about Bazel is he was a "surprise" but he was datamined so even though he wasn't shown in the trailer or info, he was still expected. But now we have all of the datamined roster. All that remained for this update to give us from the datamine was Valstrax, Apex Zin, and the true final boss. There's no datamined surprises left.

I'd be really happy if there was, but there's no reason to expect it this time sadly.

Incredibly tame as far as events go. Still bitter that the collabs are only Capcom properties, but I doubt Nintendo wants to do their usual collabs because they don't want their stuff in the PC release.

I'm unironically more hype for the new fox mask than anything else in this trailer. I've wanted one that sits on the side of your head since the game released.

Finally something worth posting about! A G rank expansion like Iceborne was just announced for Rise! Coming next year, probably releasing alongside the PC release (and hopefully will have crossplay between PC and Switch). Not much here, besides a haunting new map and a scary cool new monster. Looking forward to what it'll bring us.

Confirmed that crossplay wont be a thing. Cringe. Lame. Bad. Awful. Ugh. I'm really wondering what made it so dang hard to do that they gave up.

New Sunbreak trailer last night! Looks pretty sweet. New monster Lunagaron looks really cool, and we catch a glimpse of the setting, a place called Elgado! Pretty clearly the place where Rondine hails from. Like the look of the new character, too. I am excite.
You must log in or register to reply here.