Moments of Satisfaction or Regret

What are some moments in your life filled with regret (as in, something you wished you did or didn't do) or with complete satisfaction (meaning you're glad to did so). Try to give one of each.

There are two I can think of now, and they both involve portable Crash Bandicoot games.

The first is a thing I regret greatly, and it's quite simple, really. The Gameboy Advance game Crash Bandicoot: XS (The Huge Adventure in NTSC regions) was for sale at the EB games store at a far-from-here shopping centre, to which I've never been to since. This was when GBA games were no longer being sold generally, so it was quite the surprise. I didn't have my wallet with me, and my dad refused to get the game for me, despite the cheap price. Apparently, I bought "too many games" recently before. I was gutted.

In a more recent case, I saw Crash of the Titans on the Nintendo DS at my local store. Didn't come with the cover or manual, and was at a pretty average price. I heavily considered it, but finally decided not to. About two days afterwards, though, I saw the very same game at another store. This one did come with the cover and manual, and cost half as much! Got it in a heartbeat.
Last edited: Aug 28, 2012

My life has been a series of peaks and troughs and every regret or pitfall I've encountered has motivated me to try harder, to become the model of organization and intuition I desire. Right now I'm experiencing a particularly challenging period in my life as opposing factions of my friends combat each other and I endeavor to accustom myself to a new school year, the final step in my high school journey.

The biggest regret of my life is a peculiar case over which I had absolutely no control over but was struck with pity and remorse after the incident. During fifth grade I had a bright, youthful boy who was pretty large for his age as a book buddy. To this day I remember his teacher calling him to remove a pencil from his backpack. I went on a vacation to Europe after sixth grade and found out a boy from my prior elementary school had perished in a car accident. It took me awhile to piece the scene together but I soon realized it was my old book buddy who was the victim. I deeply regret not being able to attend his funeral.

I haven't been as fortunate with moments of satisfaction in recent years but one particular moment which stands out was my first semester chemistry final exam sophomore year. I've never been a fan of science and while in these honors courses I earned an A, I usually received only a B or so on the finals due to being overwhelmed with information. After obtaining a 96% on that particular exam I quietly rejoiced with myself knowing that perhaps confidence in an area I required work in could return.

http://i.imgur.com/aejho.jpg but i'll try to keep this post a U rated one.

Moment of satisfaction; definitely when i met my girlfriend, that was a great night, can't go into details but it was a wonderful night and one of the first times where i've felt completely alive, completely aware and alert and completely happy.
As far as games go.. I dunno, i'm a crappy gamer so completing any game is a source of great satisfaction for me.

Moment of regret: i can safely say not too many and none that I wish i had never done/been a part of. I don't like hurting others so i won't try to do so, i try to keep my promises if i can and most of the time do unless and outlying factor makes itself known, I'm glad i don't have many regrets. there are some thing i wish i had done better with in life but i don't really regret the outcomes.
As for video games... i regret playing a lot of video games, regret buying some full priced ones when they were new only to be wholly disappointed. But that is just a money thing and nothing important.

Location
The World that Never Was, telling Xemnas to get ma

Moments of regret: One huge mistake I've made... if I could stop myself from making that mistake, I'm certain I'd be in a much better position than the one I'm in right now. I also regret trying rushing into modding my psp, since now I'm stuck with 2.81 firmware, making the only game i want to play on it (Birth By Sleep) unplayable.

Moment of Satisfaction: When I finally spent one whole night praying. 1-9 AM, only a couple breaks. Best I've ever felt in my life.

Moment of Satisfaction: I can still recall the night like it was just yesterday, It was a cold dark winter night. I had been lost in the woods for days and I was starting to starve, I could of eaten the berries off the bushes but berries suck so I would rather stave to death, I had been living on drinking tree sap but my time in the world felt like it was coming to an end. I felt my legs weakening it wasn't long now before I would die. Until out from no where I could see a young wolf cub. 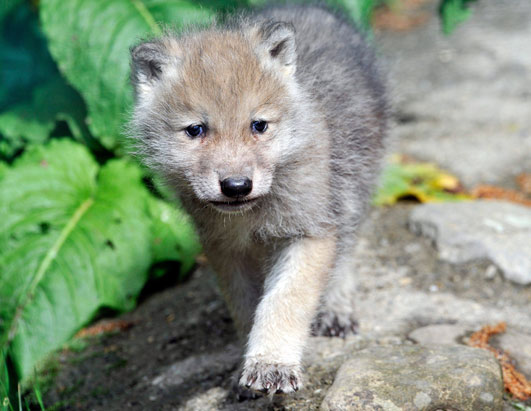 I followed the young wolf cub and it showed me the way out of the woods, I decided to grab it and force it to be my new pet, and that is the very same wolf sage we have on our forum. :love:

This might be entirely true but it does seem like a rather satisfying thought in my life.

Moment of regret: Befriending some bad people and making some stupid decisions.

I feel regret when I do something kind for my siblings and they act as if it never happened i'm sort of a yes man. I feel satisfied when I pass a test with flying colors and when I clean really good.

Regret - Not perusing a relationship with a girl I knew liked me years ago.

regret- not learning a foreign language when I was really young and I wish I would have gotten into anime sooner.
satisfaction- by far my family, I am proud of them

games? I wish I had more time to get into games- I am usually only playing 1 game at a time now, if that.

Dan said:
Moment of Satisfaction: I can still recall the night like it was just yesterday, It was a cold dark winter night. I had been lost in the woods for days and I was starting to starve, I could of eaten the berries off the bushes but berries suck so I would rather stave to death, I had been living on drinking tree sap but my time in the world felt like it was coming to an end. I felt my legs weakening it wasn't long now before I would die. Until out from no where I could see a young wolf cub.

I followed the young wolf cub and it showed me the way out of the woods, I decided to grab it and force it to be my new pet, and that is the very same wolf sage we have on our forum. :love:

This might be entirely true but it does seem like a rather satisfying thought in my life.

My god Dan you're hilarious.

Satisfaction: Probably taking a trip to Holland to meet a guy I'd met online. (We're still together :love: and he's come to England several times since.)
Regret: Not getting a chance to say a proper goodbye to my maternal grandmother before she passed away of Motor Neurone Disease.. (I did visit her in hospital, but she was unconcious and I was too teared up to say much.)
W

Regret: Ever being born.

One of the greatest satisfactions that ever occurred in my life was finally getting a 12/12 on one of the State Writing Exams. In my state, two graders look at this yearly exam and can give as high as a 6. They add the scores together and that is your score out of 12. Since I was in about 3rd grade, every teacher from then on out blatantly told us "getting two 6's is practically impossible, don't expect a 12/12, that would be perfect".
Every teacher told us that, and every time I heard that, all I could think was . . .

Anyways, 8th grade was the year of destiny as I finally got a 12/12 on the exam. A perfect freaking score. I felt like running back to each and every one of my old teachers and shoving it in their faces ^.^
That score is what got me bumped into Honors English for high school ;D

Now, great regret . . . I would probably have to say one of my biggest regrets is not knowing enough English to communicate with my grandfather before he died. He died when I was still young and horrible at English and I could never talk to him, and one of the reasons i vowed so importantly to learn English was in his honor.

Why did the humans attack

Location
Well, I must be somewhere!

Regrets: Well...I have a hard time joking back with people. So a lot of times when I try to think of something to say back, it comes out in weird words or it ruins the mood. I really want to get better at talking with people though haha.

Satisfaction: I dunno! I have a lot of these! I guess I'll share a returning one. Everytime I pray or read my Bible, I feel amazing and at peace. I love it.

I regret buying that Pokemon Rumble for 3DS. It wasn't compatible... :<

Regrets:
Not knowing and other language fluently aside from English.
Waiting 6 months after turning 16 to get my L's.
To this day most people IRL don't know I play Nintendo games as people generally talk **** about them and I don't want to get bullied :/
Satisfaction:
Getting 100% in a year 8 maths exam.
Various 100% school assignments.
Being promoted to Crew Trainer at McDonalds when I was 15.
Getting Crew Trainer of the year at McDonalds for that first year.
Making many friends on the Internet on websites like this one.
You must log in or register to reply here.