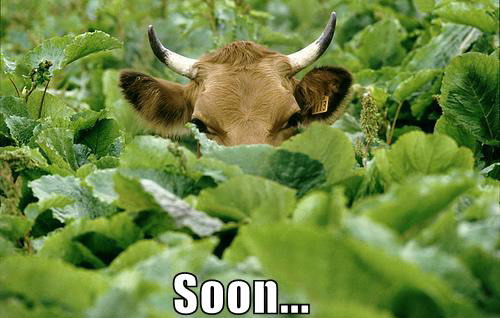 In the middle of the darkness of night, a girl woke up. "Woow, I feel like I slept for a week" she said as she yawned. She looked at the time and saw that it had only been several hours, and that the sun will rise any moment now. "Huuuh, so nothing's gonna happen tonight?" she said, but then 4 figures appeared before her and grabbed her. "We know what you've been up to!" one said, "After all this time we finally have the mastermind behind every thing!" another said. The commotion woke the rest of the studio. Gullible as ever, the idols once again began helping the four figures kick the girl out of the studio. "You're the worst!", "You'll pay for what you did to Ami!", "I'll never forgive you for this!" they said. After finally having kicked out the girl, the sun arose just above one of the buildings outside, shining light on the girl and revealing her to be LittleGumball, who was Hoshii Miki, a Studio 765 Idol! Utter shock and depression struck the rest of the idols. "Heheh... I guess that's it for me.." Miki said, "Don't worry guys, I'll be okay! Keep following your dreams!" she said just before walking away slightly depressed.

So Day 5 begins, eh? Well, I'm gonna study up a bit on recent events, given that I'm a replacement.
A

I investigated Dracomajora, he was innocent.

Good luck, town, kill them scumbags! I believe in you.

hi
when do we play monopoly

Atticus said:
hi
when do we play monopoly
Click to expand...


Austin said:
I investigated Dracomajora, he was innocent.
Click to expand...

hm.... so you're the cop. i guess that makes dracomajora innocent, but we don't know your sanity, or if he's godfather. but i guess you're innocent.

WELP, who actually remembers who's suspicious?

I for sure don't, I is Timeless's intern, so I must check.

HOW DARE YOU PEOPLE KILL LG

Well, I remember some people thought Pendio was suspicious... or something...

At least I took out Thareous.

i don't know who was suspicious. i think we had a few leads on Dracomajora, but i don't know if there was someone else.

There had been a few times people would randomely look at me. I'm hoping that the suspition toward me had died down between then and now.