you know how fast I eat this answer should be obvious

MichaelMyersMoblin said:
it ISN'T! Can't you read??
Click to expand...

Every time this pops up im getting i like shapes in my head!!!

a lumpy one even 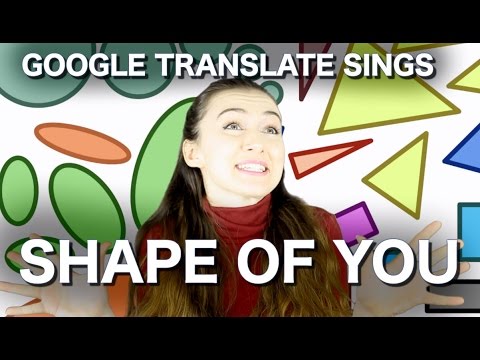 Google Translate Sings: "Shape of You" by Ed Sheeran

Google Translate Sings: "Shape of You" by Ed Sheeran

friggin lost it at gradually watermelon

anyway I must've missed how this is soup related though??

anyway I must've missed how this is soup related though??
Click to expand...

Some how its jumping that wjen this thread jumps in the sb...

ExLight said:
soup is lowkey overrated unless it's tea
Click to expand...

Tea is a soup?

My grandma made some soup today and we brought it home with us. Now the entire house smells like soup and I want to have some SO BADLY except we're saving it for another day.

The Dashing Darknut said:
Tea is a soup?
Click to expand...

it's herbs infused in water so I'd say so yea

I don’t really like tea unless it’s iced tea, but it’s okay. Even iced, I’m not big on tea.

Now where do I start? Soup, a primarily liquid food, evidence of it's existence can be found dating around 20,000 BC. It's quite obviously a total classic of a meal. It can be easily made and is a suitable survival meal. Use a material right and you, within reason, you make a soup out of it. It's quite a good effective meal. Skyward Sword, even recognizes soup, thus making Skyward Sword the objectively best Zelda game. If you disagree you're merely salty about the facts, which is very unsoup. The word soup is also a staple of YTP culture, YTP's or formally known as "Youtube poops" are pieces of art done in the medium of video editing. Characterized by cutting and editing footage and audio of preexisting media, e.g.
The wide spread use of soup's name within dabblers of this art form merely cements the food's importance to society. Soup is also given to people whom are going through the common cold, thus one could say soup can represent care, warmth, and the love of a fellow person. Which, in a way, could be quite poetic, such a simple meal to show affection and concern for another. How love in the simplest ways can be shown, and how such ways have been around since ancient times, it's immensely beautiful.

In the simplest terms, soup is a symbol of love and care. It's important to multiple cultures, French, East Asian, even artistic circles.

this would send creeper into cardiac arrest

ExLight said:
it's herbs infused in water so I'd say so yea
Click to expand...

no
You must log in or register to reply here.