E3 2012 is less than one week away. Some games are announced then largely vanish from public sight.

The following are examples I can think of that fit the description and I would like to see make a comeback at E3:

It's made by the creators of ICO and Shadow of the Colossus so how can it not be epic? Also, that same large scope that characterized the tema's previous successes is prevalent here along with the mysterious aspect. 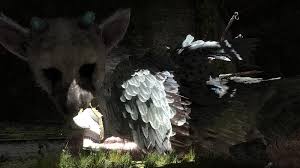 Beyond Good and Evil 2

You hear a lot of news about this game recently and some new screenshots but nothing truly concrete. This project needs to happen for franchise fans especially after the HD rerelease of the original. 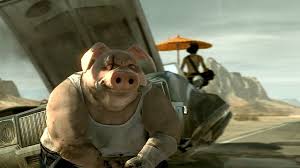 I think it's safe to say that this is all but confirmed for E3 at this point but after four years since the closed dorrs demo was shown when it was still a Wii game, the wait has been ridiculous. 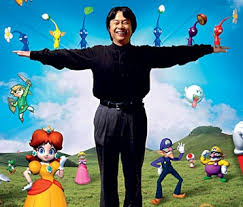 What are the games you'd like to see resurface at E3? Secretly also crosses fingers for Half-Life 3.

Remember, Half Life 3 ain't coming, unless Gabe Newell is pulling some serious BS. Which honestly would get me more mad than not. (I sourced it in the E3 wishlist thread.)

I agree completely with your list, Shadow of the Colossus, Beyond Good and Evil and Pikmin 1 are all in my top 10 list, so the next in line for each of these would be freaking awesome.

Not that I am personally "super excited" for it, but what everyone is asking for and wants to see is GTA V. After the teaser in November everyone just won't shut up about it.

Still waiting. I think the last time I heard anything about Versus was in January 2011, when they announced FFXIII-2. I hope they're not thinking about canceling this.

Does this count? I consider it to have been "announced" ever since Suzuki first discussed his 16 chapters.

It seems like an empty hope sometimes, but I have to believe we'll get this game. I think the gaming world is ready for it.

I still have my Shenmue passport disc, complete with some perhaps unintentional teasers for the third game. I've been dreaming of this for over 10 years and I haven't lost hope. Don't let me down, Sega.
Last edited: May 29, 2012
J

Final Fantasy Versus 3 yes very much so, that game looks really good. Grand Theft Auto V is also a good choice. Super mario bros mii. Super Smash Bros would be cool to see some info on.

Pikmin 3 without a doubt. Pikmin is my new favorite strategy game.

Well, if you consider it strategy. :/

I agree with Shadow of Colossus. I also hope they show Half Life 3

These are the ones I'm looking forward to hear from the most. Hopefully they all get release dates.

I want Half Life 3 so bad, but I seriously doubt it'll be announced this year...again...

Location
Where the forest meets the sea

GIVE ME PIKMIN 3 OR GIVE ME DEATH

Gender
Didn't I already answer this one?

Still waiting. I think the last time I heard anything about Versus was in January 2011, when they announced FFXIII-2. I hope they're not thinking about canceling this.
Click to expand...

Pretty pleeeeeeeeeeeeease? I've been waiting for information on this game's release forever. It looks amazing, and Final Fantasy as a whole is amazing. I'm seriously anticipating some news about Versus XIII at E3, and that's really all I'm interested in from the past.

Star wars Battlefront 3. Yes, there is absolutely no chance it will happen. But after 1 and 2, I would give my soul for that game.
You must log in or register to reply here.