my last berkut sig sucked, tho this one's not much better

i accidentally stumbled across official rune factory artwork i didnt know existed so here's this turd (p.s. he's the best <3)

That second one is dope af. Nice work!

Thanks friend uwu. I think that one's my favorite of this batch as well. I think the vivid colors makes the stylistic low saturation and contrast of the Berkut one look more like **** than it probably would otherwise but, what can ya do

my last berkut sig sucked, tho this one's not much better

i accidentally stumbled across official rune factory artwork i didnt know existed so here's this turd (p.s. he's the best <3)

All masterpieces one by one. I like the two to last ones the most. You've outdone yourself again my friend! Amazing as usual

some of these are better than others but smash hype. part one of idk

Satan said:
some of these are better than others but smash hype. part one of idk

This is even beyond awesome! I absolutely understand why you're my artist number 1! Is it me or do I see some 3D effects? Because pic 4 and 5 look like they have some 3D magic in it. great SUPERB work!

Vanessa28 said:
Is it me or do I see some 3D effects? Because pic 4 and 5 look like they have some 3D magic in it. great SUPERB work!
Click to expand...

Yeah, I split the channels on my stuff a lot. There is probably an easier way to do it, but this is what I do to get that effect:


I go to the color channels, and determine which way I want to split it based on the color scheme of the image. Can split red/cyan, green/magenta, or blue/yellow. In theory, I could also split red/green/blue and cyan/magenta/yellow, but a three way split might be too busy in the case of most images.

I'm picking red/cyan on this so I remove the visibility on the red channel, and then copy visible.

After I make all channels visible again, I take my two new layers, red and cyan, and set the top one to the blend mode "lighten only." The image should look like the original image did before the channel split did once the blend mode is applied. I can then adjust the offset of the top layer by moving it around, and the color shifts will change accordingly.

I do the same with a lot of my artwork as well, because it adds for an interesting visual effect.

I came all this way here to talk to the almighty Satan. Oh Satan here my plea. I want Thou to make me a great siggy only you can. I ask Thee for Thy Knowledge. Make me a siggy with Jessie, James and Lucario. Nobody can beat Thou. *Kneels down because of artritis* I trust in you

Deer jesus Satan these are awesome

You n Ninja should have an art off

Dump from my Halloween sets. And Riddles. Also the Pale King as my temporary set between holidays because he's cute. 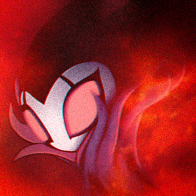 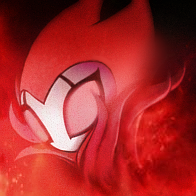 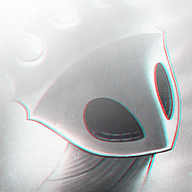 Like I said in your other thread...you're so talented! It's not even from this world anymore. I love every bit of it and how you create and use all kinds of effects and still get the focus on the main object. You can use the same object over and over and make it interesting in every bit. The subtile adjustments, the cool effects. To me you're the best of the best, hands down!
You must log in or register to reply here.