Dollhouse mafia: Did that thing just stare back?!

Mido said:
You may be right on that; however, given that there seems to be a very prominent focus on the puppet master role, it could very well be possible that no alignment harbors a killing role, whether vigilante or mafia kill. Come to think of it, I may have misread Jamie's post:
Click to expand...

Well it's all speculation, but even with a unique flavor I'd expect the mafia to still retain a base level faction kill.


Mido said:
The randomized scenario potentially indicates at the mafia also receiving a chance at the reins of puppet master. If the mafia had their nightly kill function in conjunction with the former skill, the balance of the game may seem unbalanced.
Click to expand...

This also seems very possible and obviously this option is the least favorable.

Mido said:
I'm actually not sure a nightly kill is even present for the mafia, since kokirion also mentioned that the mafia is rendered vanilla as well. The puppet master seems to be the only one able to act in this scenario regarding kills.
Click to expand...

Johnny Sooshi said:
Well it's all speculation, but even with a unique flavor I'd expect the mafia to still retain a base level faction kill.
Click to expand...

Its useless to guess this early, but I find myself agreeing with Johnnu. We'll just have to wait and see, however, how the night phase plays out (Days, in terms of flavour).
In general, I agree with ALIT below:

A Link In Time said:
I would rather not the puppet master holster early if they are town, but if they are really unsure of themselves, that's fine.
Click to expand...

I think if the Mafia lack a factional kill, this kill is especially important early on. If the Mafia can kill, then its still important but just a little less so.


Storm said:
From what i gather from the OP:
-person at random gets chosen to be God
-God says this person kills this person and this person defends this person
-results may vary depending on what the person can do.

Lets say for example:
Viral is Puppetmaster. He suspects Deku of being scum so he sends Jamie to kill him. But he wants to be safe in case of bull****tery so he gets L74 to protect him.
Click to expand...

How do you feel now, 3 games into ZD mafia? Do you feel a bit more experienced, and more comfortable?

As i told Koki before my death in Lineages, im getting there, but im still a bit behind.

And i swear im a benign spirit

@Cthulhu Any insight you have to offer at present? What have your scum buds been talking about in quick topic?

A Link In Time said:
@Cthulhu Any insight you have to offer at present? What have your scum buds been talking about in quick topic?
Click to expand...

Sorry i thought that was you based on the fact you like to pin it on others *COUGH* like last game *COUGH*.

Storm said:
As i told Koki before my death in Lineages, im getting there, but im still a bit behind.

And i swear im a benign spirit
Click to expand...

Interesting choice of words. You chose them on purpose? Or were they chosen for you?

Location
Wherever history is in the making 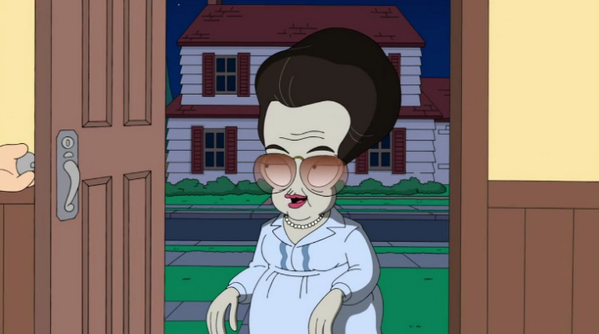 ADDITIONAL MOD NOTICE
My apologies. I made a small error regarding my last update (When there is a chance that the game will be finished in the consecutive day (night in mafia terms), no puppet master will be chosen. This is an indication of lylo or pre-lylo.):

The reason for this change is to re-balance it. Originally, this game was designed so that there would not be a puppet master if any side could achieve victory in that night. As to not decide the game by random (by whichever side randomly got to be the puppet master that night). However, I figured now that as soon as only 1 mafia member may be left (even if there would still be like 6 townies left) it is theoretically already lylo for the mafia. Hence I removed this rule for the mafia, it is not necessary for them because townies do not know who other townies are, they can still kill the wrong player, as opposed to the mafia.

The problem is fixed with this new rule. I apologize for the inconvenience, but I think it is better to make a small adjustment at the start of day 1 compared to having it affecting endgame.

The only reason i'm not removing my vote is cuz mido's sig says he's always the scum in these games.

Viral Maze said:
Interesting choice of words. You chose them on purpose? Or were they chosen for you?
Click to expand...

I chose them. I am a good ghost

@kokirion I have a vote on Storm friendo.

Unvote
And now it's gone.

@Cthulhu I think you're the only person I've never played with. Have you only done ToS or also forum mafia?

@Viral Maze ToS is my main thing i am not used to lengthy discussions such as these during the day. I prefer having it 24 hours for each day n night.

Viral Maze said:
@kokirion I have a vote on Storm friendo. I need a gas mask.