A while back, my friend sent me an article about how a dad changed the pronouns and references of Link being a boy to a girl in Wind Waker through dolphin, for his daughter. Here's the article if you wanna see it:

Father Hacks Zelda For His Daughter, Makes Link A Girl

Maybe Link doesn't need to be a young boy.
kotaku.com

The comments were pretty divisive on this. In something related to this, I remember seeing a ROM hack for Link's Awakening that makes Link gender neutral, as in he isn't specifically referred to as a male or anything. What do you guys think about this idea of people altering Link's gender in-game through text in older games?

If people do it for smaller, personal reasons like that, I'm fine with it, as it doesn't affect me.
But don't touch Link officially! He is a character (yes, I know your arguments that he barely has a personality, and therefore should be treated as a MMORPG create-your-own-avatar character, but I do not agree with you, he is and has always been a character) and as such he needs to change gender (or other things) just as much as Mario or Samus does.
How many people would be completely furious if they made Samus a boy? It's the same thing.

Shovel Knight let's you do something like this. You can make male characters female etc.

I'm fine with here being a female Link at some point but I don't think it's necessary to go back and change it when that wasn't the original vision of the character in that particular game.

If that kid grows up to be a Zelda fan they're going to be confused.

I'm guessing he wanted something approachable for a young child or maybe wanted her to play Wind Waker specifically, since he did sorta went out of his way to do this

People can do whatever they want in fan made content, that's the whole point.

But officially, I don't like it when characters are changed for no sensible reasons.

I much prefer it if characters are fleshed out, and they just happen to have other aspects about them.

But she wants to play Zelda. The issue (if "issue" is even an appropriate word for it) isn't that there are no inspiring female characters, it's that there isn't one in the game his daughter loves. He doesn't want her to "play as a badass female", he wants her to see herself in the Wind Waker. There's nothing confusing about his reasoning in that regard. It's pretty straightforward.

Besides which, Metroid and Tomb Raider are very different games, in tone and gameplay and the level of skill needed to make progress. You can't go on a sea-faring adventure in either of those. You can't talk to your boat. You can't discover Hyrule beneath the waves. The idea that she should just play something else ignores the point entirely.

I've said for years that Zelda should give players a gender option at the start of the game. There hasn't been a single Zelda game yet that needs Link to be male, and, honestly, the only reason anyone gives for why he should be is simply that he always has been. I know that it's tough to see a character you've known for years change like this, so I don't think that argument is invalid. I just personally don't think it's very strong, and certainly isn't a reason to not be more inclusive of a massive part of the fanbase. He'd still be male for those wanting him to be. Nothing is lost, but something valuable is added.

If someone wants to alter an existing game to suit what they want from it then go for it. Developer intentions mean exceptionally little to me. It's an interactive art form. Developer intentions are going to collapse they second they meet the player. And we have numerous ways to alter the experience built into games already. That's what difficulty options are. That's what an options menu is, and they're getting more comprehensive every year. People always have and always will tweak games to suit their needs and desires better. Hell, The Elder Scrolls series is mostly popular because of people altering things to suit their wants. Changing text to make Link female is no different in that regard. It just requires more work, and I personally don't think it should.

In the particular instance, I'm going to give everything the benefit of the doubt and assume modding dad had only awesome reasons for wanting to provide the altered experience, and more power to that.

In general... eeh? I've always been more a fan of the JRPG experience (Story-driven, fixed characters, limited freedom but meaningful development) to the Western RPG experience (Open, lots of freedom, create-your-own just about everything). So for me, a character having a fixed identity has a decent amount of value. Weirdly, I'd be more open to a female incarnation of Link (or a play-as-Zelda scenario) than to a player-selected one for that reason.

It's nice what he did for his daughter and there is nothing wrong with it. The changes fans make shouldn't bother anyone. They should be able to do what they like.

I don't really want major official changes made to the character of link and I think if there is to be a female protagonist in official Zelda hames they should make it someone who isn't Link, possibly Zelda herself.

I think it's fine. Although a game like Wind Waker tries to give Link more personality, it doesn't work, and it has never worked in the history of the series. Link doesn't have enough character development to be considered a meaningful character in any Zelda game. For that reason, you could create a character with a different gender and nothing is really lost. Sure, Link is a constant in the series, and ultimately he is what links (haha pun) all the games together and makes the ones not set in Hyrule still classify as Zelda games. Though because we know nothing about him, and don't have any real reason to feel attached to him besides for nostalgia and fear of change, you could push a new protagonist and I don't think you are losing much as long the lore is still maintained. In fact a premise of a new hero that isn't Link rising up, and perhaps being doubted as a hero at every turn could be really cool and refreashing.

I can see a parent preferring their child play Wind Waker over this: 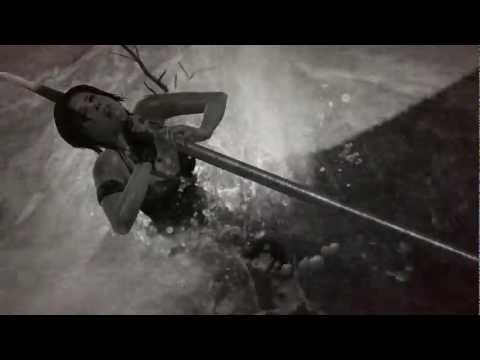 I don't see why anyone would care about this. If he somehow made Nintendo officially change Link to a woman that would be one thing, but it's just a hack. If it's that big of an issue, just make your own hack where Link has two penises or something. Is it so insane that a little girl wants to play as a female character?

I swear I’m not Canadian

I don’t mind the dad changing the game. He can do what he wants, and if he or his daughter really cares that much about it, he really should. It may be an awkward realization later, though...

What I’ve always hated regarding gender inclusivity is having a character be female (or male, if that were to happen) purely for the sake of gender equality. Changing pre-existing characters is even worse, as most consumers don’t care about the gender that much, and altering classic characters to make a few people happy will just annoy a lot more people. Were Nintendo to retroactively change Link’s gender from older games, I would be very disappointed. I don’t know if this is just because I’m not the side who feels underrepresented, but I honesty don’t care what the gender of the character is, as long as they’re not that way or changed for the sake of political correctness.

Location
traveling through Daein and Liberl

MapelSerup said:
I don’t mind the dad changing the game. He can do what he wants, and if he or his daughter really cares that much about it, he really should. It may be an awkward realization later, though...

What I’ve always hated regarding gender inclusivity is having a character be female (or male, if that were to happen) purely for the sake of gender equality. Changing pre-existing characters is even worse, as most consumers don’t care about the gender that much, and altering classic characters to make a few people happy will just annoy a lot more people. Were Nintendo to retroactively change Link’s gender from older games, I would be very disappointed. I don’t know if this is just because I’m not the side who feels underrepresented, but I honesty don’t care what the gender of the character is, as long as they’re not that way or changed for the sake of political correctness.

What is an issue is the sexualization of female characters in media. That needs to end. New IPs and games that already have female characters are a better way to end this, though, rather that changing beloved characters.
Click to expand...

I couldn't agree more or have said it better myself. Metroid: Other M is a perfect example of how the sexualization of a female character was a key factor in ruining what could have been a good game, all because Sakamoto preferred to objectify Samus and make her into a demure, subservient little robot obsessed with "the baby" and following Adam's every command.

Nintendo has always pussy footed around the idea of Link being a real character or an avatar and it's clear they don't want to commit to the established character idea entirely.
Personal mods like this are perfectly fine. It makes the experience a little more "personal" tho certainly could be confusing everyone calling the boy character a girl.
If this was Nintendo retconning, I'd be mad. The nice thing however is "Link" isn't one person, we've had like 12? Heros from different ages and nothing says the hero can't be a girl or a Hylian even. But again Link has always been a young Hylian boy with blondish hair that anything different might throw things off for the "established character" front.
Nintendo just COMMIT TO ONE OR THE OTHERREEEEEEEEE

Even if link isn’t a good character (which is a hard disagree from me), he’s still an established character across all games. The persona of link has been the same across all games, there is absolutely no reason to change it at this point.
As for modding, sure the dad can do whatever he wants. I’m sure he had good reasons for doing it if it was for his daughter.
You must log in or register to reply here.
Share:
Reddit Pinterest Tumblr WhatsApp Email Link