I'm the only mentor for this game.


Rules
- DO NOT PM EACH OTHER ABOUT YOUR ROLES. Mystery and assumptions are the point of this game, so if all the Townies band together through PMs you will ruin this game. Play with integrity. Lying is fine though. Mafia members may lie that they are Townie. Deception is a major aspect of this game.

- DO NOT POST INFORMATION FROM OUTSIDE THE GAME. This means any information, revealing or otherwise, that comes from screenshots of the active user list, IM conversations, or anything. If you post such information, you will be modkilled.

- Vote and unvote in the format: Vote: Player X; Unvote. Bold all votes or I won't read them

- DO NOT REVEAL ANY INFORMATION AFTER YOU HAVE DIED. If you are a Mafia member and you die, do not reveal to anyone who else is Mafia because that information may end up in the hands of the Townies.

- You may roleclaim at any point in the game, but you may not copy paste or screen cap the role PM sent to you. You may only paraphrase it in your own words. Be warned though, role and name claiming is especially dangerous.

- There isn't a specific amount of posts you need to make each day but if you go inactive you may be modkilled.


Off traveling to a concert a long way away, several people stopped in an unfamiliar small town and stayed at the town's only motel for the night. Arriving late, and at different times, each person went to their room without encountering anyone besides the motel's manager. It was quiet and peaceful, and everyone fell asleep easily.

In the early morning, however, everyone was awoken by a bloodcurdling scream. Investigating, everyone converged on the main office and discovered the body of the murdered manager. After this disturbing discovery, most of you had the same idea: Get help. But after searching the small town for its locals, you found nothing but more bodies. They had been murdered in their sleep. Several killers had also been killed by those who had awoken early enough to defend themselves, but it was obvious there were more left alive, and they seemingly managed to eliminate all of their targets. Phone lines had been cut, so there was no way to contact the outside and get the police.

Searching for some form of evidence, you returned to the motel and discovered one of the rooms which none among you admitted to staying in, and within you found the plans of the killers.

They were locals (you couldn't get their names or faces) who were planning to start some kind of criminal business and needed the townsfolk out of the way. It would have gone smoothly had you travelers not arrived, which they hadn't planned for and hadn't been aware of when they killed everyone last night. In order for them to use this town and for the killings to go unnoticed, the travelers had to be eliminated.

Everyone ran to their vehicles, but found that the fuel lines had been cut. For the time being, you were all stuck here. The good news is it seemed that you outnumbered the killers... just so long as you could weed out who they were. According to the document you found, it also seems that the town's doctor and sheriff had escaped death and were hiding among you now, as well.

You all have the same goal in mind: Figure out who the criminals are and have them killed so you can get out alive.


(This game is open format, so here's all the roles and the number of Mafia)
4 Mafia Goons, and 1 Godfather who is immune to investigation

10 Regular Townies, a Cop who can investigate roles, and a Doctor who can protect people from nightkills as many times in a row as they want but not themself.

[video=youtube;oXt1AylGdFc]http://www.youtube.com/watch?v=oXt1AylGdFc[/video]
((Am I allowed to post like this? I looked at the other ones... seems the norm for the opening.))

Picturing this music to the situation.
[video=youtube;Fje8t9Jyy-o]http://www.youtube.com/watch?v=Fje8t9Jyy-o[/video]
M

What the heck did we drink at that concert?

So, nothing to report except the fact that this is the first day and we have nothing to go on. So I'ma pull an RVS and Vote: New Link. Brought to you by Reandom.org.

Interesting opening, Axle.
Okay, so..
Random Vote? That's too early. We should wait for more post and let's see.

I forgot to add the game rules to the first post. They're there now.

Also, I'll be your only mentor for this game of Beginner's Mafia. Right now, wanted to add... The RVS (Random Voting Stage) is a common occurrence in a lot of Mafia games. Some people don't participate and wait until something interesting presents itself, others jump in and just be silly, or try to throw around votes or apply pressure until they get someone to slip up. I don't think you can really random vote "too early"; early in the game is the only time you'll ever really want to random vote, or at least that's what's traditional. It's more a question of if you think random voting is your style at all or not.

Anyway just making sure you're all filled in on that. Carry on. 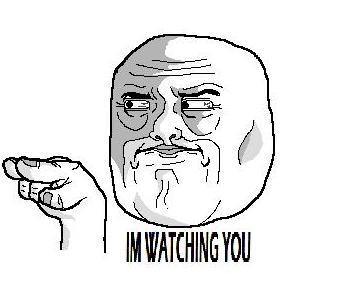 Sorry I didn't jump in last night. Ironically enough I was at a concert all day yesterday

Okay down to business. Rainy's RV was fine but, New Link, your vote back, while not necessarily scummy, is adversarial, something that can put you in the spotlight, now or later.

Now, since it's the RVS, I'm gonna pop my own randomness in.

Well, okay then. I'll go with the RVS then.

Well, it appears some Youtube videos have populated the place. RVS begin!

We missed the concert???? NOOOOOO!!!!! Justin, I missed you!
[video=youtube;R4em3LKQCAQ]http://www.youtube.com/watch?feature=player_detailpage&v=R4em3LKQCAQ[/video]


Well I suppose well kick this off with the RV...
Vote:Keeseman

Just for you, Timeless. I personally think you're VERY suspicious...