Alright, finally a new Beginner's Mafia! I'll be your mod, and the game will be run pretty much according to what's listed here. If you do not know what Mafia is or need to acquaint yourself with the basics, please read the original Mafia signup thread detailing the game and the rules, and the Mafia Beginner's Guide. Actually, you should really consider both to be borderline mandatory reads; you're here to learn after all.

Signups will be open until we have 10 players, although I'll also accept signups for replacements and mentors, so keep posting if you're interested.

Since this is the first round of Beginner's Mafia with the new setup, that means it's going to be a pretty straightforward, small game with basic roles, and the roles will be revealed ahead of time. The game setup will be:


Be sure to read the threads I've provided. Before the game starts I'll be checking up on your basic understanding.

But you called me here...

I wanna be a mentor, Mr. The Beast. Alright, I'm all in! 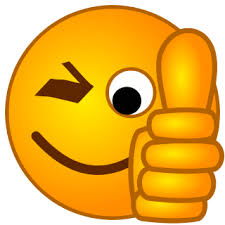 I just wanted to say that Thareous's picture was awesome. Please continue.

Do you have to get on every single day while the game is running and if so how often because time is a bit of an issue.
M

Forget time constraints! I can get on at least once a day and that's enough! Count me in!
A

I can be one of those mentor things if you still need some.

I'd love to join. I need to work n mafia,many since relatively new to mafia on this forum, I'll join.

Jimmy said:
I just wanted to say that Thareous's picture was awesome.
Click to expand...

What Jimmy said above.

TheMasterSword said:
I'd love to join. I need to work n mafia,many since relatively new to mafia on this forum, I'll join.
Click to expand...

Thinking you'll be eliminated from "A Certain Magical Round of Mafia" so soon?
L

i want to join

let me in pease

and mabey someday i can get in to the big mafia