Are Link's Eyes Blue, or Brown

Are you serious? His eyes are blue. He dosen't have brown eyes in any game. If you mean the toon links such as four swords or wind waker, then he has black eyes not brown.:triforce:

I see Link with blue eyes, but on my Phantom Hourglass poster, he has a tint of brown. Mainly, though, I think it's blue. I just can't picture him with any other color.

Location
Talking to the other zellinkdas

Wolf Sage said:
I also want to know when Link's eyes were ever brown. I mean sure, much of the official art from several games features Link with black pupils, but I don't recall an instance of brown. I attribute two first instances of Link with black pupils - LoZ and AoL - to the generic art design they were going for, which does not appear to pay very much attention to detail. 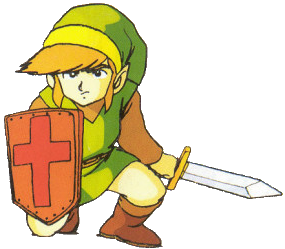 A Link to the Past 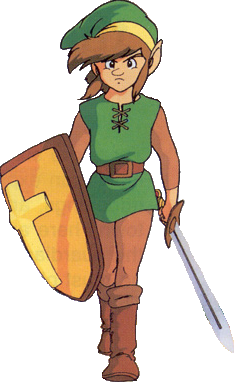 Adventure of Link​
The other instances of such - Wind Waker, Four Swords, Minish Cap, Phantom Hourglass, Spirit Tracks - I attribute to the general new design of Link; with the whole Wind Waker look carrying over to other titles. To be honest this design would look odd with blue eyes, and the black pupils work pretty well IMO. 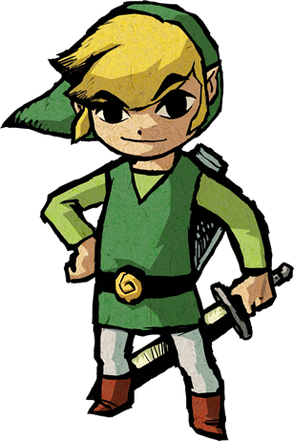 The Wind Waker design that carried on to FS/FSA, MC, PH, ST.
​
Aside from those instances, Link has been portrayed with blue eyes in the following games: A Link to the Past, Link's Awakening, Ocarina of Time, Majora's Mask, Twilight Princess, and Skyward Sword. 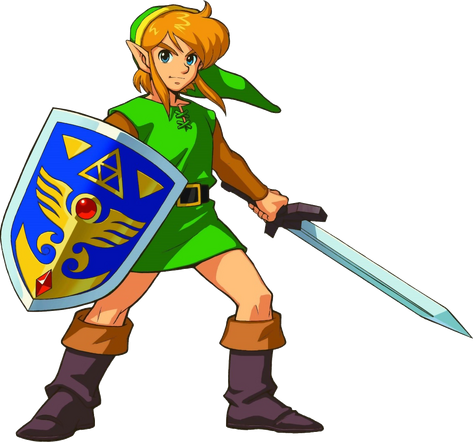 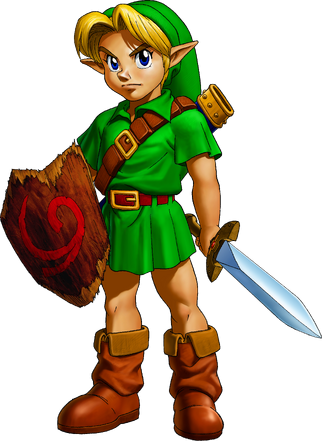 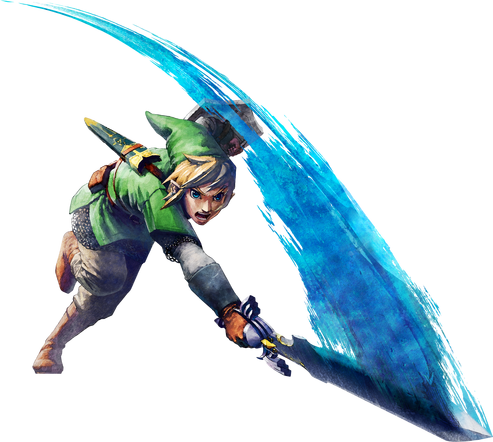 In wind waker they were brown.

Embrace the fear inside.

I always thought Link's eyes were blue I know their black in Wind Waker.
S

Aside from when he takes on a cartoon-like appearance, I know Link to have blue eyes, which I think suit him perfectly. I love the color!

No matter the Link, I always picture him with blue eyes in my mind.
N

I don't think I've ever seen Link with brown eyes. Only blue. However, I think after Link pulls out the four sword, each Link's eyes are the same color as their clothes.
L

I always thought his eyes were blue.
F

I think in the majority of the artwork/games his eyes are blue in color.
Y

I've never seen them as brown. They have always been blue or black. I've always thought of them as blue though.

They are different in all art, but I think Blue looks the best and probably the one they intended to go with.

Location
Talking to the other zellinkdas

... why does everyone say they're black in ww and four swords etc etc.? i converted to brown since a human can't have black eyes. that's all i did. hope that clears things up!

I seem to remember someone referring to Wolf Link as "blue-eyed beast" or something like that....

Well, Blue is more common, except when Black is present on toon Links. They're only ever referred to as Blue, despite being Brown in few cases, which are only in artwork.
T

Link has blue eyes. In every 3D game (with the exception of the Wind Waker) Link's eyes are clearly blue, and in Twilight Princess, his eyes being blue are very important. Some characters, such as Telma comment on his blue eyes, I believe she says they are "Wild and proud, like a feral beast" and the light spirits, when talking to wolf link, refer to him as a "blue-eyed beast". Toon Link has black eyes, but if you look carefully at official artwork for Phantom Hourglass and Spirit Tracks, there is a slight shade of brown in his eyes, but I wouldn't really count this. Link has blue eyes.
You must log in or register to reply here.