So no thread posted on this yet, a bit late to the party but ho hum. Apple's big new thing that got teased for quite a while has finally been revealed, along with the new iPhone models, and it's a watch! Let's spam some important details, pretty pictures, more pretty pictures that are maybe more useful, then more details in a big long list! 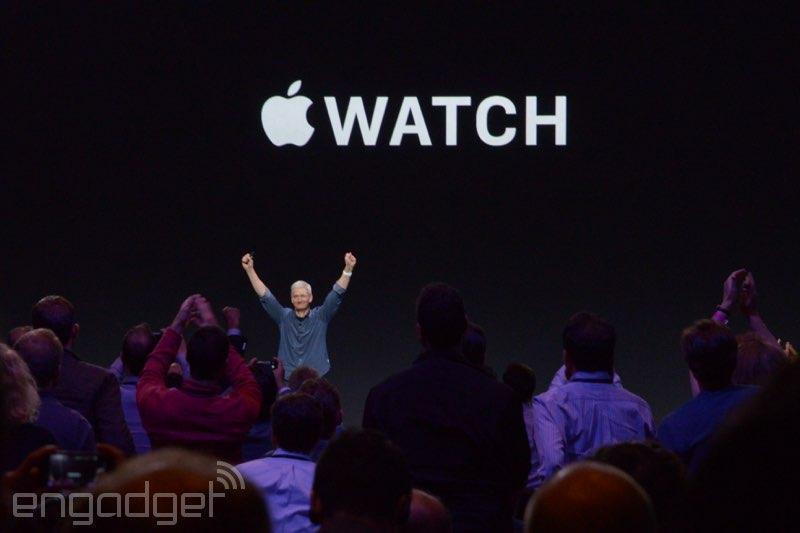 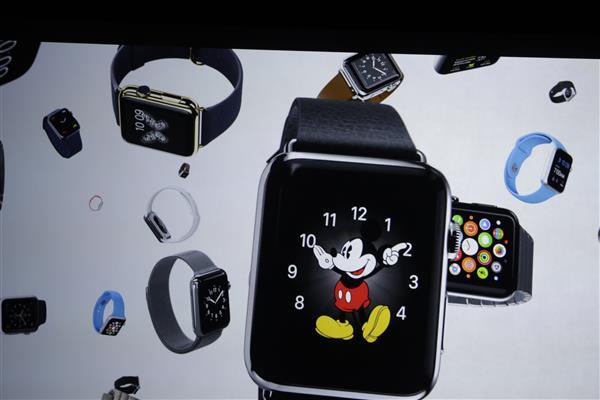 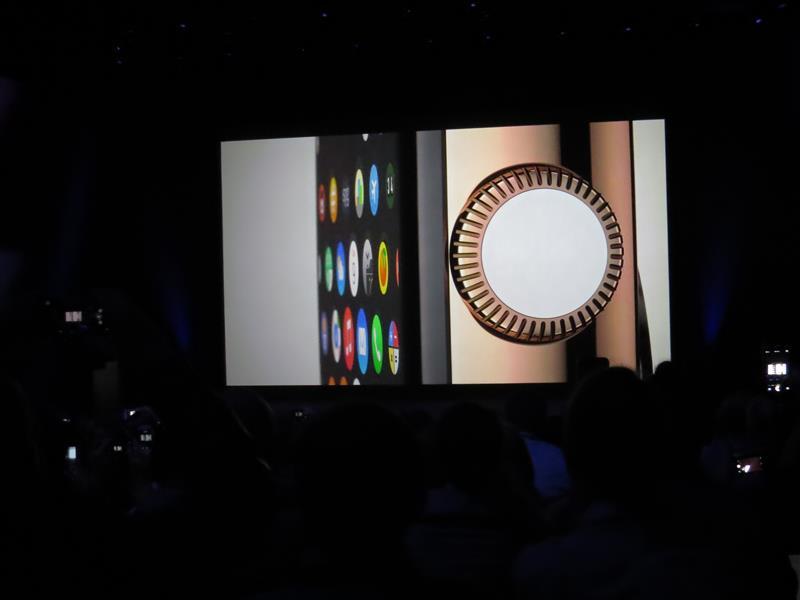 There will be multiple designs to choose from as well. There will be more than the ones listed below when the thing finally releases early next year, so if you don't like the look of these maybe that'll change. 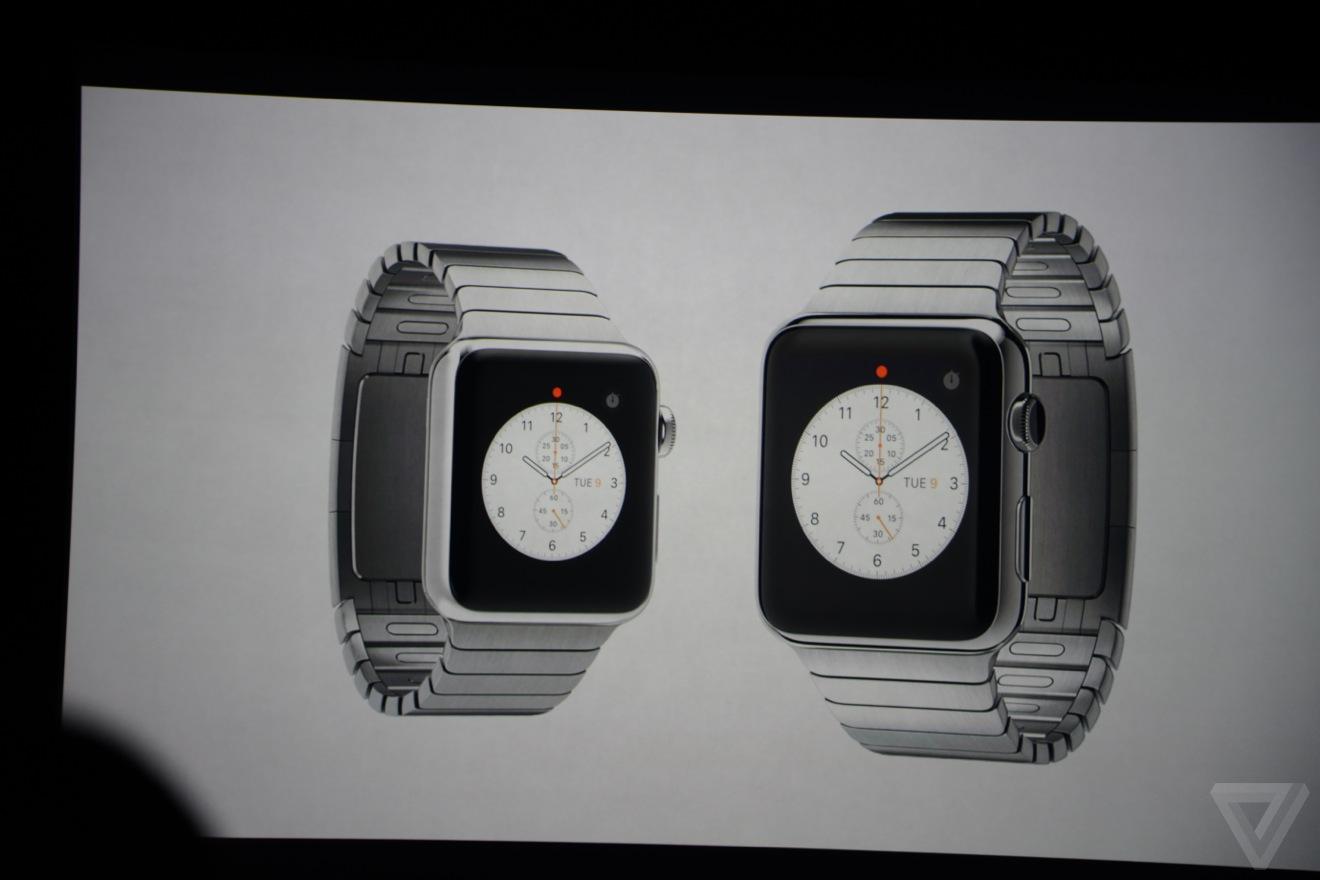 Now for a big load of random features shamelessly ripped from NeoGAF.

What a guy​
So that's the Apple Watch. As far as I know that is it's name too, the Apple Watch. No iWatch over here, which is a shame for pun enthusiasts everywhere. Apple need to watch what they're doing. *high fives all around*

What are your guy's opinion on this, then? A genuinely great product you could see taking off and perhaps plan on purchasing yourself, or just another fad that isn't going to catch on? It's worth noting there are smartwatches out on the market right now but none have really been proclaimed as huge successes, although that's something that Apple has done well in modern times; taking an existing thing and making it work.

Personally, purely going on aesthetics, I don't think it's a very pretty device. Sure you can change the strap but that only does so much and I'm not a fan of the big block, though I will say it's a lot better looking than other smartwatches I've seen out there. Having said that I could see myself perhaps buying this, at a lower price than what's been announced, if I had an iPhone. It looks convenient and useful, especially when out jogging or just on the train. Sometimes I have my hands full and have the annoying task of getting my phone out of my bag/pocket to check one little thing and it would be nice to just be able to do so on a watch. I guess we'll see how this goes, but I can see this enjoying relative success with the Apple fans. I don't plan on buying an iPhone right now so I likely won't be able to enjoy the Watch whether it is good or not, but I'll be looking to check one out eventually. Maybe it'll sway me!
Last edited: Sep 11, 2014

I really don't like it and I think it will be a flop.

Where does this exactly fit in? The iPod, very simple and easy to use MP3 player. The iPod Nano, a very stylish, compact and efficient MP3 player. The iPhone, a vast array of features with a simplistic but stylish design. The iPad, for those who wanted something slightly more compact and easier to use than a laptop. And now this? What's so special?

People already use phones, tablets and such for recreational and handy applications that help in daily life and in the work place. There is no way you would switch to a minute screen and, because it's on your wrist, it's definitely going to be a lot more awkward to use than a tablet/phone. The features aren't revolutionary or anything real niche enough to make this stand out as something incredibly revolutionary and a must have. I think Apple's main attraction is this "must have" idea I just mentioned. They're so stylish, desirable, and you feel like you're missing out if you don't buy their product - they base their whole marketing around this. They're so great at doing this and because they're the market leaders, they set the tone and can manipulate the market. Now I ask, where does this fit into something that is a must have?

I'm going to mention design because I think, at this time, that complicated over-technological watches aren't a current fashion trend. I'm no expert in this market, but I know enough that people use watches for two simple purposes: time (possibly other simple features) and fashion purposes - the latter being a big one. Apple are mixing this with their tech and I don't see them meshing. I like watches simple and stylish and the Apple Watch seems to fall far from this spectrum. Now I'm not going to underestimate Apple--they are the trend setters after all. Maybe we just aren't seeing the bigger picture where the future will be technological watches/glasses etc. However, Apple was able to set the trend with an already extremely popular tech market while this is a completely different scenario. Is this targeting the watch market or the tech savvy market, or both? This is a big identity problem.

Sorry Apple, I don't see this being a success like your other products.

I'm gonna wait for a year or maybe for a few months to see if it gets popular or not.

The Apple watch is cool. But Apple Pay was the big news from the keynote. That will make Apple even more billions to add to it's 150 billion already in the bank.

Another useless piece of technology used to sway the masses. Sigh. Remember when new models and new devices brought interesting concepts to the field? Well now, Apple is just trying to splatter their load over anything they can touch. Apple Watch? What is it necessary for? Because other "smartwatches" have released? Come on. Next we'll have the iChicken, which is an android chicken that requires iPhone 6+ to use. >_>

Being less negative, I think it is a wonderful concept for the people that have the $700+ necessary to blow. $350 for the watch, $350 for the iPhone model if they purchase it outright. I wonder if it will also work with Google Glass?
You must log in or register to reply here.