Hello friends, old and new. My name is Joshua, but most people know me on the internet as Zinger2099 (or just Zinger). I design Mafia games for fun, a hobby I have been pursuing on and off since 2008. I specialize in grandiose, overly complex bastard games that make your head spin just thinking about, of which none were more so fitting of that description than my series of Spider-Man Mafia games.

Many years ago I ran the first of such games on a subforum called Paranoia Paradise that no longer exists. It was called Maximum Carnage: A Spider-Man Mafia, and it turned the forums upside down with its insane premise—a publicly-outed yet nigh-unkillable self-aligned mafia don who was leading his team (and/or himself) to a victory that would see the entire town slaughtered if they couldn't figure out how to beat him. It was an incredible game that people still talk about to this day.

Fast forward to 2016. Paranoia Paradise is no more but the community survives, scattered across other websites like No Goblins Allowed, MTGSalvation, Mafia Universe, Zelda Dungeon, and others. The people still yearned for more complex Spider-Man mafia, and so I crafted a sequel. Thus, Hobgoblin Lives: A Spider-Man Mafia 2 was born. Unlike its predecessor, the identity of the central villain was not known from the get-go and finding the Hobgoblin before he caused too much wanton destruction was the critical task at hand—a task made more complicated by the fact that the real Hobgoblin had brainwashed several of his lackeys into believing they were secretly the Hobgoblin! This game had so much hype because of the first installment that it dragged old mafia players out of "retirement" just to play it. In many ways, it was my crowning achievement as a designer. But still, the people wanted more...

And so I went back to the drawing board. I slaved and laboured and stretched the limits of my creative prowess, and I raised the bar again, but this time the reach exceeded the grasp. For the third installment of A Spider-Man Mafia, the game was so complex it required no less than 24 roles, and we simply couldn't generate that many players back when we tried to run it. The sign-up thread would sit open for three years, waiting...

Which brings us to today. Someone (probably one of the many Rubik clones running around) suggested hosting the third installment on Zelda Dungeon as a crossover event to tap both the No Goblins Allowed and the Zelda Dungeon communities for players. That's what brings me here. I have come to run a game that was designed to follow up what some say is the greatest Mafia game they've ever played. The game is exceedingly complex with more moving parts than a multi-Marvel-movie plot twist, and it's stupidly bastard so you probably won't win (I mean, everyone has a chance to win, but probability being what it is, your odds of overcoming the odds are as slim as a Mary-Jane pinup drawn by J Scott Campbell). But regardless of the outcome, win or lose, I promise you will have fun in ways no Mafia game before has probably been able to achieve.

THE CLONE SAGA PLAYERS
Player list is full. Sign-ups have closed. Roles have been chosen at random (with a few exceptions), and will be slowly dished out over the next two or three days, time permitting. If you'd like to sign up as a replacement, you may do so. We currently have one player signed up on the replacement list, though that player is unresponsive so you might be able to skip over them if the need for a replacement is great. There is also one player who hasn't shown up to the game yet so if they don't soon, I'll be needing an early replacement.

This game is designed for a whopping 24 players but can be modified to accommodate as many as 30 if the interest is there. Please note, the game will not start until after the currently running Pendio Mafia X finishes, even if the player list fills up before then.

It was the mid-90's and Spider-Man was at the height of his popularity. We're talking over five regular mags devoted to the wall-crawler a month! The Amazing, Spectacular, Web of, Unlimited, Untold Tales of, Spider-Man, and many more would find their way onto store shelves faster than they could sell out of them. It was both the best of times and the worst of times to be a Spider-Man fan; best because there was no shortage of new Spidey tales to be told, and worst because of what inevitably happens when you oversaturate a market—the quality suffers. It was during this period of unprecedented Spidey popularity in which the mind of one Terry Kavanagh gave birth to The Clone Saga. 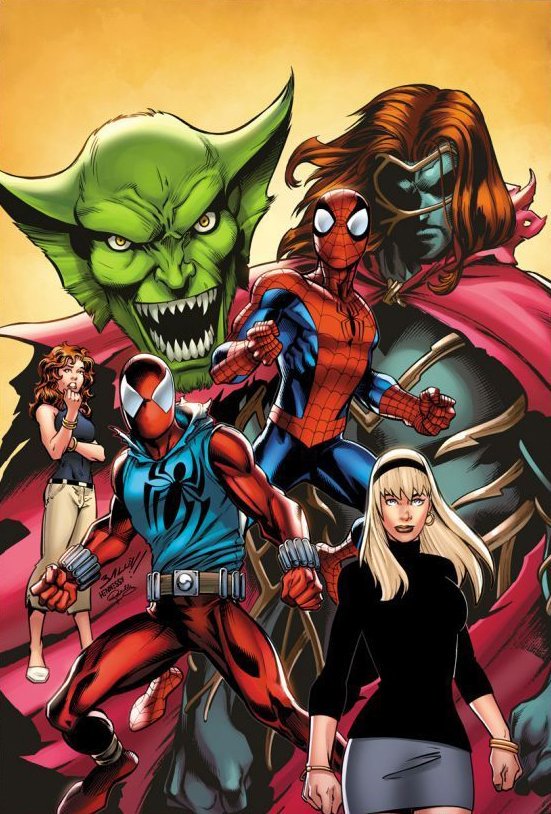 Oh, not all at once mind you, and not on his own, but Terry's the man who first brought the idea to the table at one of the regular Spider-Conferences held by the writers behind the many Spider-Titles at Marvel. The so-called "Clone Saga" has become, perhaps, the single most controversial storyline in the nearly sixty-year history of the character. What was originally meant to be a mini-epic contained within a small crossover event was undone by its own popularity: The Clone Saga and its creators delivered a fresh and fun tale of web-spinning action that it soon ballooned into a sprawling, years-long storyline. Setting aside the successes and shortcomings of the Clone Saga, it is undeniably an important part of Spider-Man's narrative legacy. To set the scene, after five years (for Spidey, not us) of being presumed dead, Spider-Man's clone resurfaced. That's right, the very same clone from the October 1975 issue of Amazing Spider-Man (issue 149) was back, digging deep into old wounds, and you can bet where there were clones The Jackal wasn't far behind. 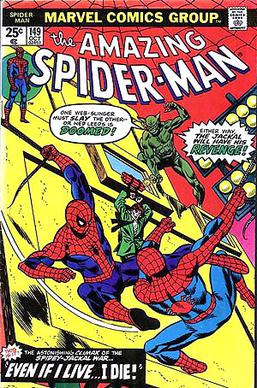 I won't bore you with the many details (and there are oh so many), but the biggest plot point in the years-long saga was that, predictably, the Peter Parker that we'd been following for the past 20 years was, in fact, the clone all along. The infamous writers behind the Clone Saga decided that Spider-Man's exiled clone was actually the original Peter Parker, his life robbed by the Jackal's evil plot. The Peter we knew (the "clone" who we'd been following since 1975) gave up being Spider-Man and went to live happily ever after with his pregnant wife, while the one who'd recently shown up on the scene (the "original" Peter Parker) took up the mantle and finally started living his life which had been robbed of him all those years ago. I know, right? Well, you can see why the story was so controversial. Needless to say, there was fan-outrage of the like of which Marvel had never seen, so it's no wonder that they later retconned the twist to all have been a ploy masterminded by the original Green Goblin (himself thought dead for many years as well). The real Peter Parker came back and the clone was killed, bringing an end to the saga.

There was, of course, much more to it than that. There were twists and turns of all shapes and sizes, and through it all there were many, many clones (oh yes, the original Clone wasn't the only one!), but at the end of the day none of them upstaged the main point of controversy - the switching of the Spider-Men. Which brings us to A Spider-Man Mafia 3. I bet you're all wondering how all this nonsense will play a part in the epic game to come? Well, I'd tell you, but like the many writers before me, I can't ruin the surprise until the penny drops. I can say one thing, though, this edition of A Spider-Man Mafia is the most confounding yet!

Will it live up to the hype, or die like so many other bad Spider-Man 3s before it? Time will tell. But one thing is certain, live or die, The Jackal will have his REVENGE!
You can still read Hobgoblin Lives: A Spider-Man Mafia 2 by clicking here
Last edited: Jul 19, 2020

It's a crossover. It gets priority.

Being a special "crossover event" has allowed us to skip the queue.

I see he already put my name in lmfao

In we go! Time to mingle with yet another community.

Considering SMM2 is some of the most fun I've had playing mafia, I'm also happily
/In